“My Late Friend Inspires Me To Go Back To School” Popular Actress, MOTUNRAYO BALOGUN 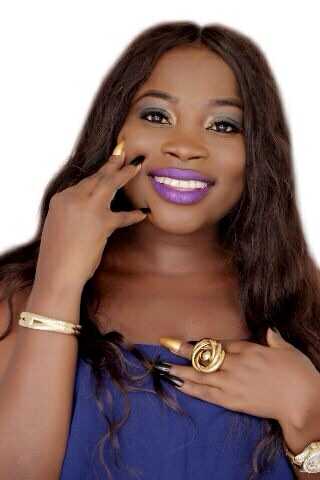 Wave making Yoruba actress, Motunrayo Balogun has exclusively revealed to City People that her late friend encouraged her to obtain Lagos state University {LASU}form in order to continue her education after she was denied admission at the University of Lagos.

The actress recently graduated from LASU which she announced after she wrote her final examination. She was celebrated on social media by friends, family members   and well-wishers . But inspite of the kind of well wishes she got, she was depressed at a moment especially when she remembers her friend whom they both started together but has today joined her ancestors.

When City People spoke with her, Motunrayo, who got her first National Diploma Certificate in Mass Communication at the Moshood Abiola Polytechnic {MAPOLY}Abeokuta Ogun State, narrated that, “After I finished at MAPOLY in 2007, my hunger for money was high, so I settled down for business and film making.  With the help of my family members, I got a shop where I started selling babies things. A few years later, the urge to further my education arose and I bought a form for the University of Lagos.

Unfortunately, I failed the examination which obviously discouraged me. Following year, my friend Oluwaseun advised me to buy Lagos State University form which I refused because the school is very far from my house. She insisted and I gave it a try. She did the follow up to make sure I go for the examination. My dear brother, Oluwaseun did so much to make sure I went to LASU I eventually focused on my education and agreed to go. I met new friends and I am proud to say I am a LASUITE.

I was given admission in 2010 to study sociology. The saddest part of it is that my friend who pushed me and encouraged me to buy the admission form Oluwaseun Faderera Dawodu died untimely. She was also an actress. We met at Prince Jide Kosoko’s Theatre Group and we became friends. The friendship  later made us become like blood sisters. I pray her gentle soul continues  to rest in peace.  I agreed to study Sociology because it is the study of human behaviour, society, it’s origin, development, organization, institutions and all that.

This is what sociology is all about.  Then, I was like if I can study it, it will definitely help me in my career to inspire  me on what to write about  in my society as far as  I can go on researching what I bring to the viewers. I want to have a sound education like I always promised  myself and my parents but I nearly quit due to the unnecessary strikes. I once wondered if I need all these stress and delay but at the same time, I remembered why I started it so I kept moving. When I was in 200level and 300level, I almost gave up. There are so many things I wished to do then but when I remembered I was still in school, I gave up on them but now no stopping, I am free like a bird. I am dedicating my new achievement in education to my late friend.

“My Late Friend Inspires Me To Go Back To School” Popular Actress, MOTUNRAYO BALOGUN was last modified: June 13th, 2017 by Gbolahan Adetayo

Meet Flora Shaw, The Woman That Coined The Name ‘Nigeria’

Commotion as Pastor’s Wife Hangs Herself in Ondo