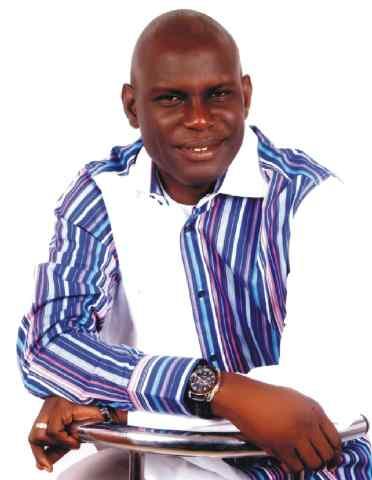 Fast-rising Ondo politician, Otunba Gboyega Adefarati, is the son of a former Ondo State Governor, the late Chief Adebayo Adefarati. Gboyega, has been making a name for himself as a grassroots politician, who people from the length and breadth of Ondo can easily connect.

He had twice contested a seat in the House of Representatives on the platform of his party, the ACN in 2011, while in 2015 he lost the ticket at primary level to the incumbent. Today, he has built his political structure and has become one of the new voices in Ondo politics. Recently, Ondo/Ekiti Reporter, Adeola Shittu, engaged the newly appointed Commissioner for Agriculture as he speaks on his new office and 2019 ambition.

Let me start by congratulating you on your recent appointment as the Commissioner for Agriculture in Ondo State, how do you feel?

Thank you very much, first and foremost, I give all Glory to God Almighty for giving me the opportunity to serve my people at this capacity and I will also appreciate Mr. Governor, Arakunrin Rotimi Akeredolu (SAN), for the opportunity he bestowed on me to be part of his vision and his administration in the interest of the people of Ondo State.

You will agree with me that one of the key Agenda in Arakunrin Akeredolu’s administration is to use Agriculture to change the vision of many youths, who are not employed and you will agree with me that this sector is one of the largest producer of employment opportunities. Through agriculture, one could become an instant millionaire. So I will say I feel honoured to be part of this change transformation.

For the benefit of our readers, can you take us through your growing up days?
Thank you very much, I am Otunba Adegboyega Adeyemi Adefarati, I was born on the 19th day of November, 1965. I am an indigene of Akungba Akoko in Akoko South-West Local Government Area of Ondo State.

I started my elementary education at Methodist Primary School Osu, Osun State in 1971. Before I moved to Community Comprehensive High School, Erusu Akoko and St. Thomas Aquinas College, Akure for my secondary education. I proceeded to Obafemi Awolowo University, Ile-Ife for my Bachelor’s degree in History and Lagos State University (LASU) for my Master’s degree in Business Administration.

I started my Career at History Bureau, Sokoto in 1989. Between 1990 to 1992, I was the Administrative Officer at Pace Mortgage Finance and I was later appointed the Head of Operations, Secure Savings and Loans between 1992 and 1994. I was also the Executive Director at Ely Samuel Limited for 4 years. And in the last couple of years, I have been the Managing Director, Sharon Designs and Prints Limited. And today I am the Honourable Commissioner for Agriculture in Ondo State.

How did you venture into politics?
The fact that I was born by a disciplinarian father, who had served as Commissioner twice before he became the first Executive Governor of Ondo State in 1999 to 2003, made me to love politics and spurred the passion to serve my people at any given opportunity I find myself. Another thing is that I am a progressive person who believes in true dividends of democracy.

Have you contested any elective position before now?
Yes, I contested political post on the platform of my party to represent the interest of my people at the National level twice. I was the ACN’s candidate for the House of Represantives for Akoko South East/West Federal Constituency in 2011 General Elections. And in 2015, I contested the same post, but lost at the primary in controversial circumstances.

Though, I believe God’s time is the best. Aside contesting for elective post, I have also been given political appointments, I was appointed by the late President Musa Yar’dua as a Board Member of National Institute of Hotel and Tourism between 2009-2011. I was the co-ordinator for Akeredolu Campaign Organisation for Akoko South-East/West Federal Constituency in the 2012 Gubernatorial Election and Director General, Ondo North Senatorial District, Akeredolu Campaign Platform, 2016. Today, I am the Ondo State Commissioner for Agriculture.

Were you expecting the appointment?
I will use this medium to clarify the air that during the 2016 governorship election, Mr. Governor, Arakunrin RoOluwarotimi Akeredolu (SAN), didn’t promise anybody not even me any position or appointment. Rather, we all worked in the interest of the party in order to achieve a collective aim, which we did. So, in my own case, I will say during the governorship election, myself and my team were able to canvass for votes throughout the 203 Wards in Ondo State.

So, I will say my appointment was divine, though, I was not expecting it. And I appreciate our Governor, Arakunrin Akeredolu for the opportunity given to me to serve my people as the Commissioner for Agriculture.

Has been a son of a former governor changed anything about you?
Well I believe this question should be directed to my people, I mean those with whom we grew up together. Nothing has changed in me and I still keep and get in touch with my old friends and family members.

So, I remain my humble self, Otunba Gboyega Adefarati. Well, again I will say being the son of a former Governor, Pa Adebayo Adefarati, of blessed memory hasn’t changed anything about me because of the background I had. Though, being a son of a former Governor, should be a pride, but I grew up in an environment where humbleness was key and we were very disciplined because we were brought up by a retired principal of a Secondary School for that matter and a no nonesense governor.

So, discipline was our watchword. But being the son of a former Governor whom everyone addressed as Baba Peace really helped me in life. I will say nothing has changed in me.

We believe that former Governor, the late Chief Adebayo Adefarati, has many children, but you are the only politician among them. Are others not into politics?
Well, you see, going into politics is a matter of choice and personal decision. I am not the only Adefarati in politics, but I will say I am the only active politician in the family for now. So, I’m taking it in my stride and I am very conscious of what I do and where I go because that name Adefarati must be protected.

How will you assess the government of Arakunrin Akeredolu in the past few months mostly in the areas of agriculture?
I resumed office as the commissioner for Agriculture in September this year, before then the government had done much in terms of agriculture. I will say today that we have been able to give empowerment to 300 youths under the FADAMA graduate unemployed youths scheme. We didnt stop at that, we also gave grants to farmers for the production of Cassava under FADAMA 111 AF programme. The establishment of cash crop plantation clusters through acquisition of about 25,000 hectares of land. As we speak, the state is partnering with Federal Government of Nigeria on the “Enable Youth Programme”.

Aside that, we have distributed cheques worth N215 million to farmers under FADAMA 111 AF programme. We have also empowered 5 youths per Local Government Area across the 18 Local Government (90) to raise cash crop seedlings to be sold to government as offtakers.

Also, one of the main focus of this administration especially in the agricultural sector is the agribusiness, what I mean by Agribusiness is an agriculturally-related business that supplies farm inputs, such as farm machinery and seed supply and the procurement of fertilisers and inputs, which have not been functioning in the last 3 years, among other laudable programmes, so I will say in terms of the agriculture sector, we are making progress.

2019 is around the corner, is Otunba Gboyega Adefarati contesting and which post?
Whether I am contesting or not, I will leave that decision to God and my people. Don’t forget that we still have 2018, when the time comes, I will surely let you know.
How do you unwind?
I relax by watching sporting activities.

Why I Regret Introducing VP OSINBAJO To...