Five soldiers attached to the 222 Battalion, Agarha-Otor, Ughelli-North Local Government Area of Delta State, have reportedly beaten to a point of coma, a legal practitioner in the state, Mr. Sunny Ekwe, leaving him with fractures on his spinal cord.
It was learnt that the incident occurred on March 11, 2017 at about 7pm when they pounced on the lawyer and beat him to a pulp.

He had gone to visit a relative at Okpara waterside in Ethiope Local Government Area of the state when he was attacked by the soldiers.

It was gathered that the soldiers dumped the lawyer in a gutter, where they ostensible left him to bleed to death.

A source, who witnessed the incident, narrated that trouble started when one of the soldiers approached and ordered Ekwe to follow him into a dark place where four other soldiers were waiting.

The lawyer, sensing danger, refused to follow the soldier.

The refusal of the lawyer to follow the soldier drew the attention of the four other soldiers, who emerged from the dark and joined their colleague to beat Ekwe. 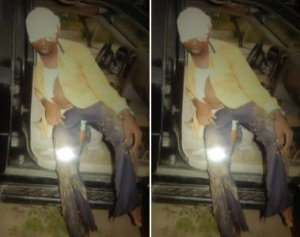 Ekwe’s close friend, Mr. Omes Ogedengbe, who confirmed the incident on Sunday, said the victim also sustain injures in his head and was lying critically ill at undisclosed hospital.

Ogedengbe, a lawyer and the National Coordinator, Conference for the Actualisation of Human Rights, called on the Nigerian Army to ensure that justice was served in the case.