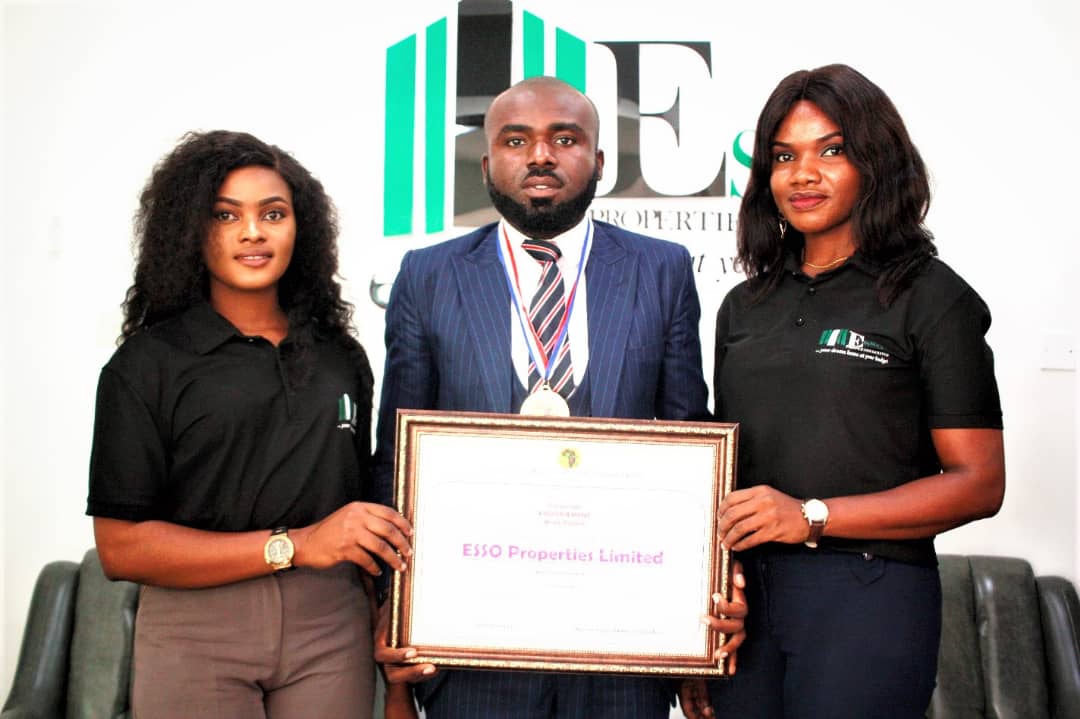 While presenting one of the awards, Tankou Patrique, who is from Cameroun and also the Regional Rep. (Francophone) of LEADS Africa said Ezenagu was inducted into the body’s Hall of Fame because he had been consistent and dedicated.

He said, ” In terms of proficiency in corporate leadership, and other assignments/ideas generation and Implementation, Mr. Ezenagu has proven to be sagacious, ingenious and possess a rare and exquisite; equipping him for the immense and outstanding services he has hitherto rendered to Africa’s Quest for Propert Development, especially with varied Property Acquisition plans for wide array of Classes of Nigerians and oversight capacities, contributing immensely to Self-Reliance in Real Consults in Nigeria/Africa, at such a time that his germane erudition fused with his unparalleled commitment to 21st Century compliant leadership, philanthropy, community development and public service are the most important pathway to achieving the Africa Vision 2063.”

He added, ” Today, the entire Africa is reaping the dividends of his dedication, brilliance and effectiveness as a top-notch Patriotic Developer for Nation Building.” Other delegates of LEADS Africa that were at the event were , Sandra Okpegbuo, Head of Gender , LEADS Nigeria and Abayomi Okuwoga, Director of Logstics.

While responding, the awardee said he was always dedicated and focused , advising the youths to imbibe those virtues, adding that if they do, they would always excel in their areas of endeavor.

He has also founded The Esso Properties Academy, a real estate training institute, one of its rare kinds in the country with a futuristic approach to the Real Industry, sequel to his prior Corporate antecedence in Financial Management and training, superintending a company which grew to partner with four financial institutions in Hong Kong, Dubai, Israel and London, and still reputed as one of the leading e-commerce firms.