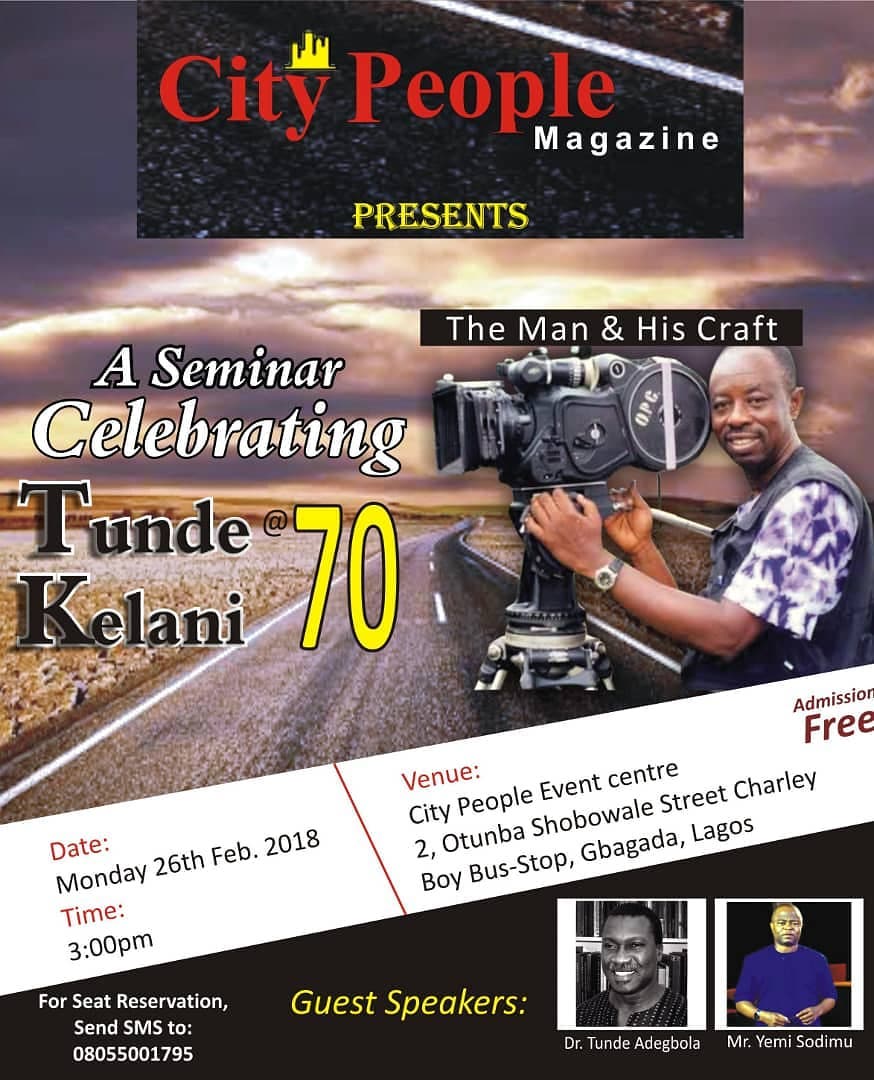 Tunde Kelani who clocked 70 years on Monday, February 26, 2018, was celebrated by his friends and fans in Haiti, far across the shores of Africa for his immense contribution towards promoting the heritage of African culture.

His cutting-edge knowledge in Yoruba cultural heritage was as a result of the experience gathered from his grandfather. Growing up with his grandfather exposed him to most of Yoruba ways of life, Yoruba religion, Yoruba philosophy and environment.

Tunde Kelani has made a mark of success for himself in his chosen profession and has spent over 40 years of his life documenting, educating and entertaining the whole world with the promotion of different epic movies under his Mainframe promotions company. His production company Mainframe Films and Television Productions has churned out some of the best theatre and literary adaptations of books and plays to celebrate works of popular Nigerian writers. Most of these books have been adapted into films for the sake of posterity ie Thunderbolt, Oleku, Saworo Ide, Kosegbe, Maami, Arugba, Ti Oluwa Ni Ile, etc .