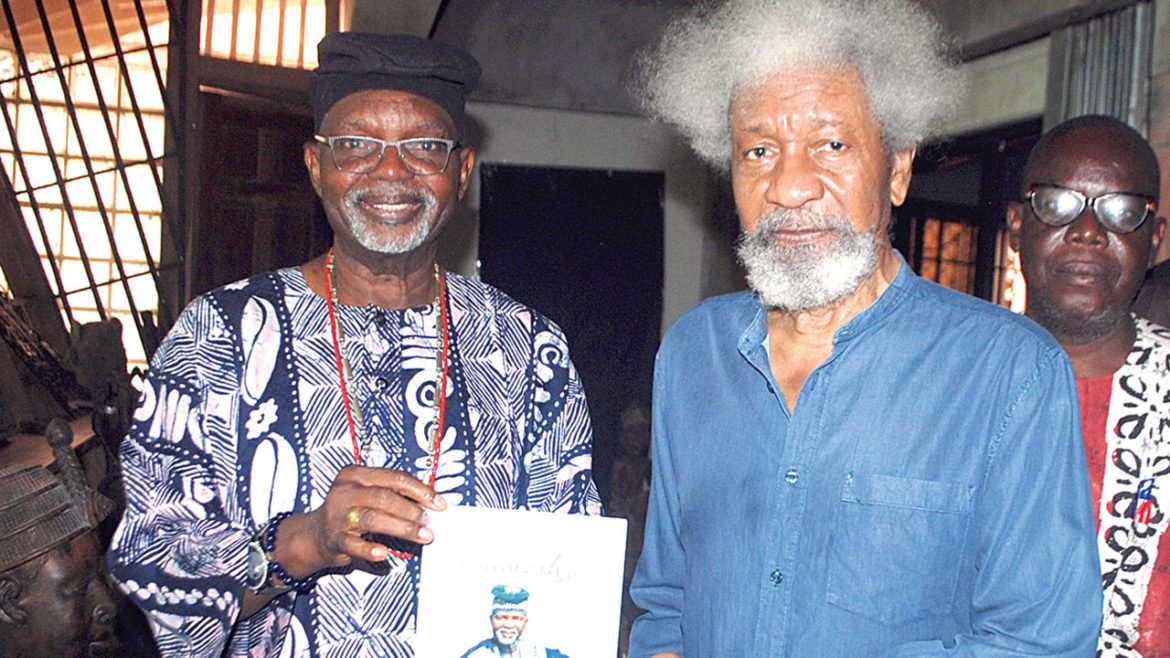 The age-long dream of a veteran journalist and an Ibadan High Chief, Oloye Lekan Alabi, was yesterday fulfilled when he finally met with Nobel laureate, Prof. Wole Soyinka, to fulfil an invitation of 52 years ago.

Alabi, who served as Chief Press Secretary to four governors of the old Oyo State from 1983 to 1989, met with Soyinka at his Abeokuta, Ogun State residence.

The Ekefa Olubadan recalled that he was invited by the playwright in 1969 after being released from the prison to show appreciation for a letter he wrote to him (Soyinka) when he was incarcerated by the then military government.

According to him, Soyinka wrote back to invite him to his office in Ibadan to appreciate him for his support when he was in prison.

He, however, said he did not get the chance to meet with the playwright when he went to his office as he was told the professor was out of town.

He said: “Today, 52 years after, it has pleased God that I honour the kind invitation extended to me in 1969 while I was a 19-year-old student of African Church Grammar School, Apata Ganga, Ibadan, by Prof. (then Mr.) Wole Soyinka.

“It was not that I did not see Soyinka since then at various places and occasions. I never for once broke protocol to introduce myself to him as the secondary school boy who wrote the letter.”

While presenting the Nobel laureate with his biography, Alabi noted that Prof. Soyinka was a role model whose way of life shaped his attitude towards success and achievements.

He described the playwright as the Lion King who will continue to serve as motivation to generations to come.

Meanwhile, Soyinka, in his remark, appreciated the veteran journalist for the visit and the support during his time in prison.