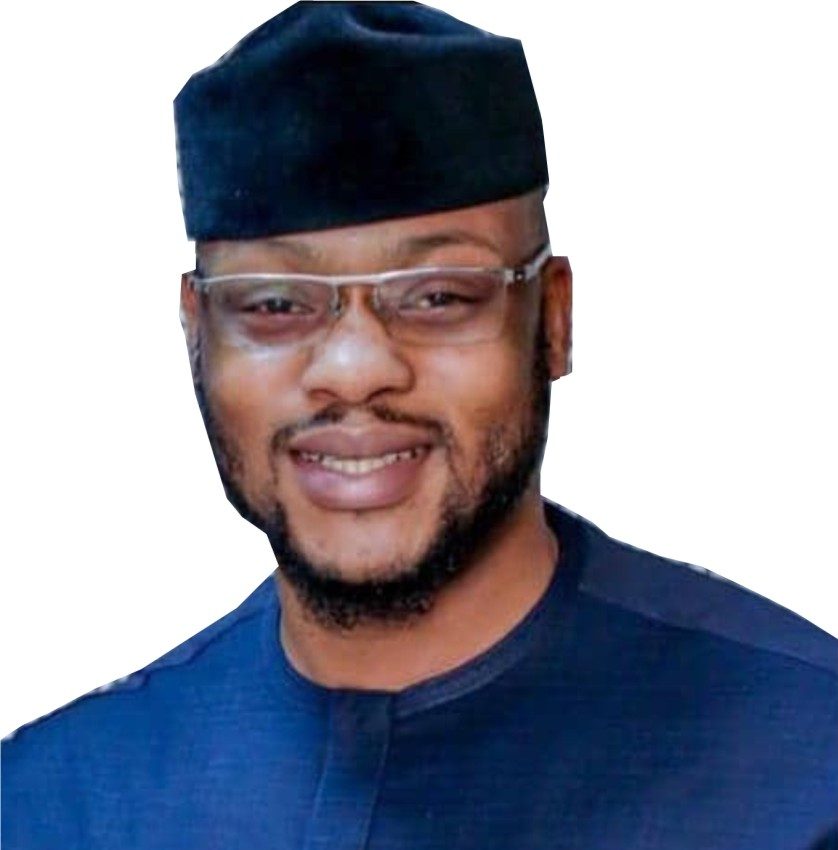 Ajani Owolabi Ibrahim is the Honourable Lawmaker, representing Mainland Consistency 1, Lagos. Recently he spoke to City People about his life and style. He reveals his educational background, and his achievements in politics since the beginning of the administration. He spoke with Nife Kazeem, in his office at the House of Assembly Complex, Alausa, Ikeja.

He is also the Chairman, House Committee on Tertiary Education in the House of Assembly. Below are excerpts of the interview.

You are the youngest man in the house?

Being your first time in office and as the youngest man among the lawmakers, don’t you always feel intimidated?

I can honestly say that the past is never what you expected it to be, I think many of us, Nigerians, falsely believe that the executive and legislative roles and power are the same. On my part, I earlier thought that way before I became a Lawmaker. I thought that as a legislator you have more power to do certain things, but once you became a Legislator, it dawns on you that you must deal with the executive on policy, and projects for execution far more than you earlier believed and you will find out that politics is all about relationships and keeping a relationship rather than only politicking.

At any point in time, have you been earlier elected into any political office before now?

No, I have never been in an elective or political post before.

And now, let’s talk about your experience in politics so far, what can you say about this?

The experience has certainly been an eye-opener when you are in an elective position. You start to realise that your campaigning never stops that is from the beginning of 4 years, you have already started campaigning for the next election. Roughly, you have about two or three years of real legislative work that you can do, the remaining time of the term is spent campaigning for you to return.

Let’s look back into the last 2 years and some months since you have been elected the lawmaker representing the people of Mainland Constituency 1; what are the good things that you have carried out?

Wow! The list is almost endless, but before I was elected, I was running a free medical programme for people and till date, it is still ongoing. It runs every Thursday. We give free drugs and so on. We organise free JAMB classes as well. There is also free JAMB registration, followed by forms distribution to prospective candidates.

Women and widows empowerment scheme is on the way. We have done empowerment for artisans such as carpenters, tailors, plumbers, electricians, mechanics, and participants.

We have also just completed a training programme in real estate management and real estate sales. The two best candidates are going to win plots of land worth 2 million each. It is a project that we are very proud of.

We are equally running a social media marketing programme and development.

Meet on the list of projects is step 1 think we are targeting area boys and street boys to involve them in what would take them out of the street and get them involved in productivity.

And talking about the area boys, what is your take on the ongoing crisis in the National Union of Road Transport (NURTW) workers?

There is no crisis because the Lagos State Government has taken over the roles of the union NURTW has been suspended in the state.

There is no longer crisis, it has been well taken care of by the government. On this, the Lagos State House of Assembly is fully behind Governor Babajide Sanwo-Olu in his action on the matter.

Do you mean that the union has been suspended?

It has been suspended, and so far I am sure any further information will be announced by the state government.

What is your view on the insecurity in the country at present?

Well, in terms of insecurity in our country, we have to understand that there is what we call a lack of devolution in the power architecture in the constitution. We have seen that the senate and the Federal House of Representatives have recently passed bills on devolved power. I wish we could have more powers devolution in terms of state policies.

That, however, is a slow process and we are taking those steps gradually. I think currently the only reason for insecurity is the absence of decentralisation of police.

Talking about you being the youngest lawmaker in the house, don’t you, feel intimidated?

No. In fact, I have never been so proud of being a young person in the House. I have been oriented and been able to present my speech and papers as confidently without any trace of fear or intimidation.

For the first 6 months, I observed the pattern of official conduct in the house. How to talk in the legislative chamber and at a time could be very scary, you know you have what you want to say in your head but regrettably, as you stand up you become empty and tongue-tied.

As time unfolded, new things about conduct in the house have been learnt and one carried out his/her responsibility. In a nutshell, I don’t think it has anything to do with a lawmaker’s age. It is just experience. If you have the experience of talking to a crowd or addressing people in a gathering, the more you do, the better you get.

So have you tabled any bill at the plenary?

Yes, roughly three bills so far. The first was a motion, passing a motion for the government to do more teachers because I know teachers are important to societies. The second was an amendment to LASCO Health Law to ensure that the institution gets better and of course, the transformation of our two new institutions (LASU-tech) University of Science and Technology and (LASU-Pek) the University of Education, which was formerly (MOCOPEK) and Lagos State Polytechnic have become two University in the state after their bills have been passed and sent.

I was the Chairman, House Committee on tertiary education. I was given the task of ensuring in the House of Assembly.

Today, I can proudly say I was involved in passing the bills for University we now have in Lagos State.

At what age did you start politics?

Laugh! I started at the age of two.

And what inspired you to go into politics?

Well, I was born into a political family. My grandfather was a politician, and so was my father, and mother they are also politicians, so I was born and brought up among politicians. In fact, my normal social life is like politics to me because my parents are such socialites. They all know me in Lagos, so everywhere nowhere I go in Lagos, people will quickly identify me that this is “omo so so and so”, I have been in politics for almost all my life.

That is why I say from the age of two. From that age, I was able to understand and speak like a politician.

Coming from a political background, can you tell us more about your family?

My father’s name is Honourable Mosuru Alao Owolabi. He represented Lagos Island for a while before he moved to Lagos Mainland to represent people for one term as well on the platform of APC. Then, it was (AD) (ACN) and my mother’s political career likewise began with my political association.

Immediately I said that I wanted to be a politician, and she rose to the challenge and got involved in politics. Earlier, her father and cousin were members of the house here with me. He represents Epe Constituency 1. You can see that politics has been in the family for a long time. It is hard for me to run away from it. I am always involved.

How did you grow up and what schools did you attend?

My first school would have been Grace Children School, Gbagada and I then went on to (Lebanese) in Yaba for a short time. Then went back to Grace Secondary School. After that, I moved to the United Kingdom (UK) for about 8 years. It was there I did my college education and I did my first degree. Once I finished. I came back to Nigeria, I did my (NYSC) scheme and I went back to the UK to do my master’s in marketing and political relations and I came back. I worked with my father as his Personal Assistant to learn as much I could before I finally decided that it was time to start contesting the election myself in 2015. I lost out, but in 2019 I did it again, here we are today I am a member of the House of Assembly.

What would you say always inspired you to want to do more for people?

Well, I spent most of my substantial life in the UK. I mean, a stage where a boy begins to grow into a man and I experienced racism because I was so brilliant. I purposely pulled myself back. So, I wouldn’t get so much attention for being too smart and by the time I got to university, I detected that it was not working for me it was not tenable because I needed all my grades back. I decided to be the best. I can be and be the best of myself then I realised an issue called completive discerning that affects a lot of black people of ethnic minorities living abroad, so, I started a charity. I started going to prison meetings to meet with young Nigerian Boys. I felt was lost. What do I have to do to bring them back to reality, which is the mentality that was perpetuated by the Western region society? Doing that gave me a great source of joy, seeing so many retrieved people becoming so much successful, then I said to myself, I am doing this great job here and it is successful. What I am I really doing if I could not do it at home?

Then, I realise if you have money and you want to do any good thing without any power behind you. Then I tacitly said you have to be the change they want to see and stop complaining about how bad the politicians are, you too go and try, which is what I am doing, I no longer complain because I now realise and understand that things are not as easy as they look, I understand now that the process and the procedures have to fly over get things done at times it makes thing very difficult for the politicians to get things done.