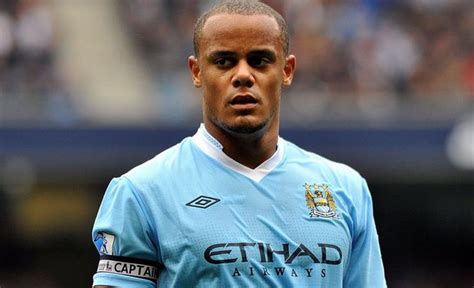 Manchester City Captain Vincent Kompany says his side have “a once in a lifetime opportunity” to win the title against rivals Manchester United after they restored their 16-point lead at the top of the table with victory at Stoke.

David Silva scored both goals at the relegation-threatened Potters to ensure the Blues can clinch the title at home to United on 7 April [17:30 GMT] if they beat Everton first.

“Everybody in the blue side of Manchester knows it’s a once in a lifetime opportunity,” said Kompany. “But steady, it won’t be handed to us.”

Manager Pep Guardiola took a different approach, acknowledging his side would be champions “sooner or later” but playing down the significance of sealing matters in a derby game.
“Now we are two or three games away from being champions,” said Guardiola, adding it “doesn’t matter when we win it”.

Silva slotted in Raheem Sterling’s cross to give Manchester City an early lead over Stoke before finishing off a slick passing move after the break.

Sterling later pounced on a loose touch following a controversial drop-ball and raced through towards goal but Badou Ndiaye recovered to get a crucial touch just as the England winger prepared to shoot.

Fernandinho and Leroy Sane both came close for Manchester City as they sought to extend their lead, while Stoke’s Bruno Martins Indi also fired over the bar from close range.

The hosts had moments of hope in the first half – Ndiaye’s scuffed effort bounced narrowly wide and Kyle Walker’s deflection forced a save from Ederson.

But they remain in the relegation zone after failing to pick up a win in six matches and still one point adrift of safety.

Having thrashed Stoke 7-2 in October, this is the first time Manchester City have done the double over the Potters since the 1998-99 season, when both clubs were in the third tier.

READ ALSO: ARSENAL CAN GET BACK TO FIGHTING FOR EPL – CHIEF EXECUTIVE IVAN GAZIDIS

“It’s a once in a lifetime opportunity” – Kompany Dreams Title Win On Derby Day With United was last modified: March 13th, 2018 by Damilare Salami