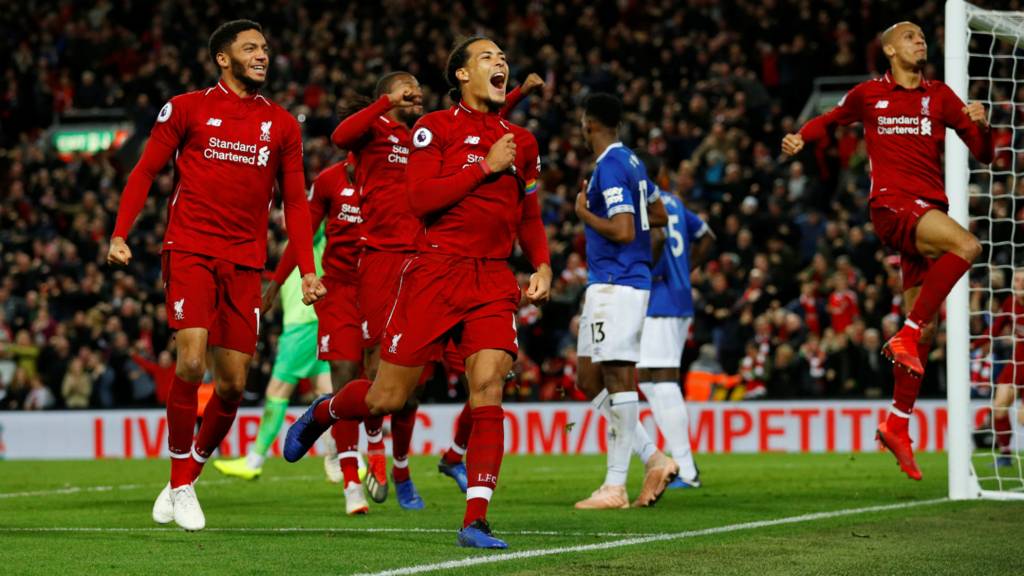 Liverpool manager Jurgen Klopp has referred to this as Everton’s World Cup final and the Toffees’ boss Marco Silva has responded by saying: “It’s a special game for both teams and for our fans. We have special fans and their fans also.

“I didn’t see a big difference when I managed my first Liverpool derby. What I felt was a special match for both teams and they celebrated that lucky goal, that lucky moment they had in the last seconds of the match.

“It was a World Cup final for us and for them because the way they celebrated was the same. I didn’t see a big difference really.”

Asked what his side must do to beat Liverpool, Everton boss Marco Silva said: “First we must be ourselves, to believe in ourselves.

“Of course it’s a long time without a win for us as a football club (in the derby), that means it’s a difficult match. If we can perform the way we did in the first game in December it will be very good because we were very close to winning the match. We deserved something more.

“It was a different part of the season for sure but we have to be ourselves first and be competitive, and derbies normally are very tough matches. The last one was very good but most derbies aren’t very good.

“We have to do our best and 100% is sometimes not enough. In some moments you have to do more.”

Everton got back to winning ways at Cardiff on Tuesday night, and now boss, Silva wants to give their fans a first derby win since October 2010.

He said: “If you ask for me as a manager now, and all our players, if we have something in our mind to give to for our fans, all of us will answer the three points on Sunday.

“I’m sure we have to work really hard to ensure that, as well as the players on the pitch and our fans outside. We have to work together to win the match. It’s everything we want to give our fans.

“Last Tuesday night we achieved three points, just three points, and now we are preparing for another game but the mood of the players is different. That’s normal (after a win).”

On the derby day atmosphere, Liverpool boss Jurgen Klopp said: “The Everton fans don’t want us to win anything and probably for our fans it’s the same.

“In the game it’s very emotional and passionate, and I hope it’s like that again. That’s how football should be.

“At Goodison they really support their team so let’s go there and use the atmosphere because it will be loud, it will be wild, and we have to deliver on the pitch.”

Liverpool vs Everton Is A World Cup Final For Us Both – Klopp was last modified: March 1st, 2019 by Damilare Salami