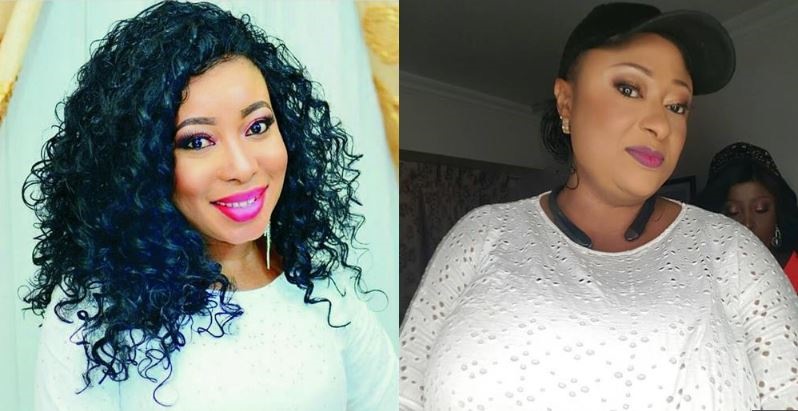 It is no longer news there is no love lost between actress and movie producer, Liz Anjorin, and colleague Ronke Oshodi-Oke.

In a video posted on Instagram, Oshodi-Oke had condemned colleagues in the entertainment industry for always flaunting material wealth on the social media.

Though she appeared not to mention any name in the viral video, Anjorin lashed back at her, advising her to mind her business.

In a chat with Saturday Beats, Anjorin stated the real reason behind her social media war with Oshodi-Oke.

She said that it was nothing personal, adding that she only tried to let her colleague know that people were free to express themselves the way they wanted.

She said, “I made my point and I used it as a signal to others that they should leave my job for me.

“The most painful thing you can say to a very hard working person is to look for their trouble. An average hustler is aggressive in nature. A real hustler doesn’t eat, I hardly eat. I wake up 5:00am every day.

“I feel your colleague should be your family. If you have issues with anybody, you can call them and discuss them. It’s just a normal disagreement that can happen between two people.

“Through her statement, I realised that she was pained. I don’t believe in talking down on someone because the person spends his or her money.”

Liz Anjorin Opens Up On Her Beef With Ronke Oshodi-Oke was last modified: July 23rd, 2018 by Igbokwe John