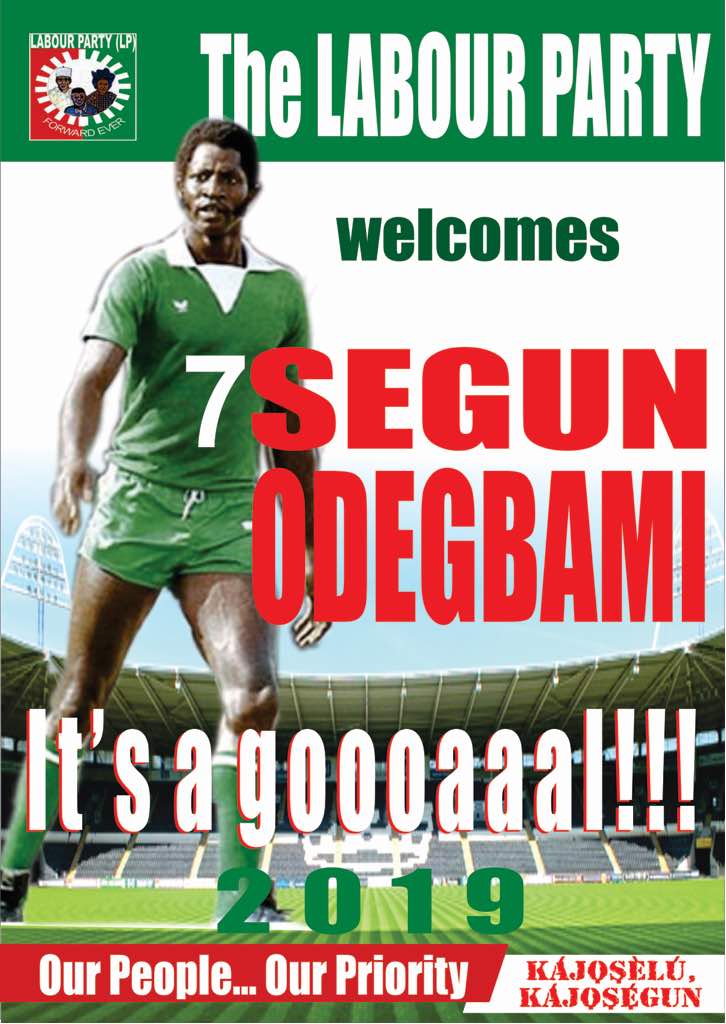 I am in ‘hibernation’, elated and humbled by the event of the last Thursday in Abeokuta when an ordinary meeting became a festival.
I left Abeokuta, urged to do so for my safety.
I kept wondering how we got to this point where a person would fear for his life for speaking out his mind about desiring to join the people in the struggle to free ourselves from the prison of hunger, poverty, disease, unemployment  and ignorance.

I am convinced more than ever before that the essential  national ‘restructuring’ that the Yoruba have been championing must start from amongst themselves first, and then become a model that the other parts of the country will see, admire for its results, and  voluntarily choose to adopt as a model for our national development and peace. Presently the ther parts do not see what we see in the idea. They are it differently and may not accept just because we say it is good and make so much noise about it.
Anyway, I spent the day thinking.

This is a marathon race that must be run in stages. We can’t win it by sprinting, but by a deliberate,  steady and well calculated series of running, in stages and varying speeds determined by the course and the opposition.

I have been working my phone since Thursday. My fingers and ears ache.
The support from the public all over the world  has been humbling and overwhelming.

My people are in need of heroes that can stand against the corrupt tendencies that have crippled the values and principles of the Yoruba people, in particular .

The youths are not even aware of these intrinsic virtues even though they like what they hear when they have the patience to listen against the noises of their own passionate interests and get-rich-quick-and-by-any-means methodology that they see their leaders pursue and promote as the new and only way to success.

Materialism and unmerited accomplishments are now engrained in the peoples’ psyche as the new measure of success in life
We must break the cycle and start a regimen of promoting and rewarding and celebrating excellence, ordinary people doing great deeds, good morals, good values, the joy in being a team player in community development where we work so that ALL will benefit.
The government must become the people’s HERO through example.

So, that’s all I did on day 2 – think, pray, respond to messages, and prepare for the rest of what would  be an exciting, difficult and challenging marathon race.

I received one satanic message, however, from a young man claiming he will support me only if I answer his deadly question.
In his WhatsApp message he had asked me if I could do anything to become governor. Like What?, I asked him. He replied: like steal, maim and even kill.

I was so shocked by the question it took a while to gather my thoughts and to ask him where he got such an idea from.

He told me that that is the belief and the practice in politics amongst the youths now.

They are made to believe that all is fair in politics inclusing stealing, ballot box snatching, falsification of reaults, intimidation, maiming and even killing. All of that must happen to win an election.

My response must have shocked him because by the time I finished telling him views he vowed to follow me to the end of the world, even into Labour Party and work until we achieve our goal of making our State a place  where the lines of division between the Ijebu Remo, Ijebu Ode, Egbado and Egba would cease to exist and we would accept each other as the children of the same ancestor, Oduduwa,  and of the stock of Omoluabi.

To do so is to plant a seed of strength that will spread to our kith and kin in the rest of the South West States.
The unification of the Yoruba will unleash on the entire world a cultural power so strong and so potent that The world has never experienced.
The world saw a bit of it under the guidance of Obafemi Awolowo. Had the Yoruba and the country continued in that trajectory we would be a world superpower today.

The Yoruba Culture is so rich and deep that,  in combination with the rich complimentary cultures of our co-travellers in the Nigerian project, our industrious and hardworking brothers and sisters from other parts Nigeria, brought together by external forces beyond our control, we can convert  these energies into the most powerful black force and movement in the world.
Even without knowing what they are unto,  our youths have started to show us glimpses of the future in the power of their new music, film, the arts, dance, sports, scholarship and love and grasp of technology.
Like sponges our youth are soaking up new technology. The world  will see wonders when they redirect these energies positively.

All we need now is the vision and the strategy to pursue this great dream together.

Hunger will be banished from amongst us forever. There will be enough for every  Nigerian from the resultant abundance.

Everything we need is around us but we cannot see because  our leaders are not leadng by example.

They are showing us the side of life that promotes accumulation of wealth and personalised ostentatious living and materialism by hook or by crook. They portray in their leadership style that these things and ways are  all right and the way to go.

The country needs leaders who will champion the cause of the people by the example of the life they themselves live.

Those are the heroes we need – those who live their lives so that all others can also live well.

Ogun State is the perfect place NOW to start the global movement of leadership by example.

Those who can kill, steal and maim to gain access to political power cannot be such leaders.
Those they present as future leaders would only also tow that line that has brought only failure that has wrecked and ruined our State and society.
We need to draw from a fresh stock of servant-leaders.
The young man, at the end of our chat, swore he would register with the Labour party or any party that offers what I told him.

So, I returned to my thinking.

In this race  I shall live out the greatest lesson sport taught me – that
I am a servant to all my brothers and sisters  in Ogun State without even one ounce of bias towards any part separated by artificial  geographical boundaries and demacations. These biases  do not even exist in my consciousness and world. I am Egba, Ijebu, Remo, Egba, rolled onto one. I am even Igbo, Hausa, Fulfude, Ibibio, Edo, Jukun, Tiv, Birom, itshekiri, Edo and all others rolled into one. Distinctions did not exist qhen I represented my country faithfully and with the whole of my heart and being for twenty years during my football years. That spirit and fire still burns within me.

Let the Ogun State people live by their fundamental culture of meritocracy, allowing leadership to emerge on the basis of content of character, conduct, integrity and a good heart.

If there is anyone out there in this race that feeds on this philosophy I urge all Yorubas in Ogun State to set an example for the rest of the
Country by making him or her their next leader.

The race to global reckoning and the fastest development in human history, about to take place in Ogun State, must start with this fundamental  guideline.

I am looking towards tomorrow with great excitement and expectation.
Segun Odegbami