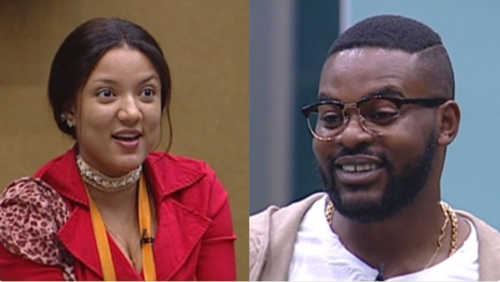 Actress Funke Akindele this morning mocked BBNaija housemate, Gifty, who yesterday said she doesn’t know singers Falz and Banky W. Both artists had paid a visit to the Big Brother House in South Africa this week and Gifty claimed not to know them. 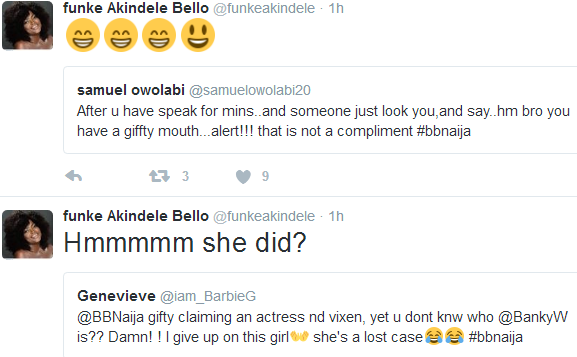 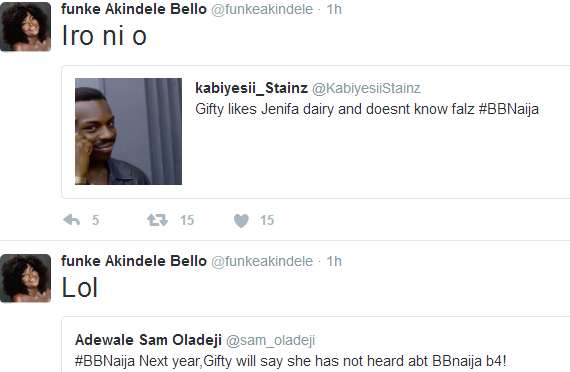 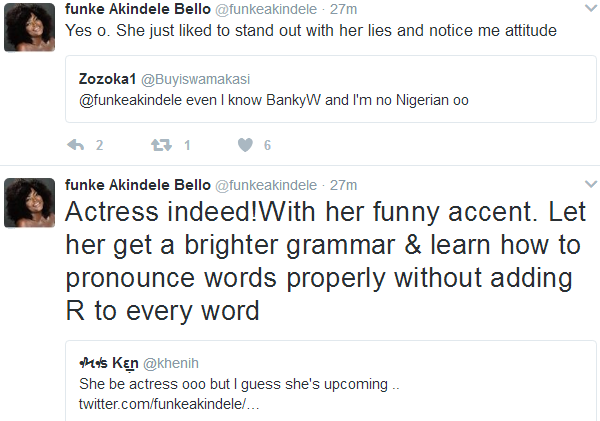