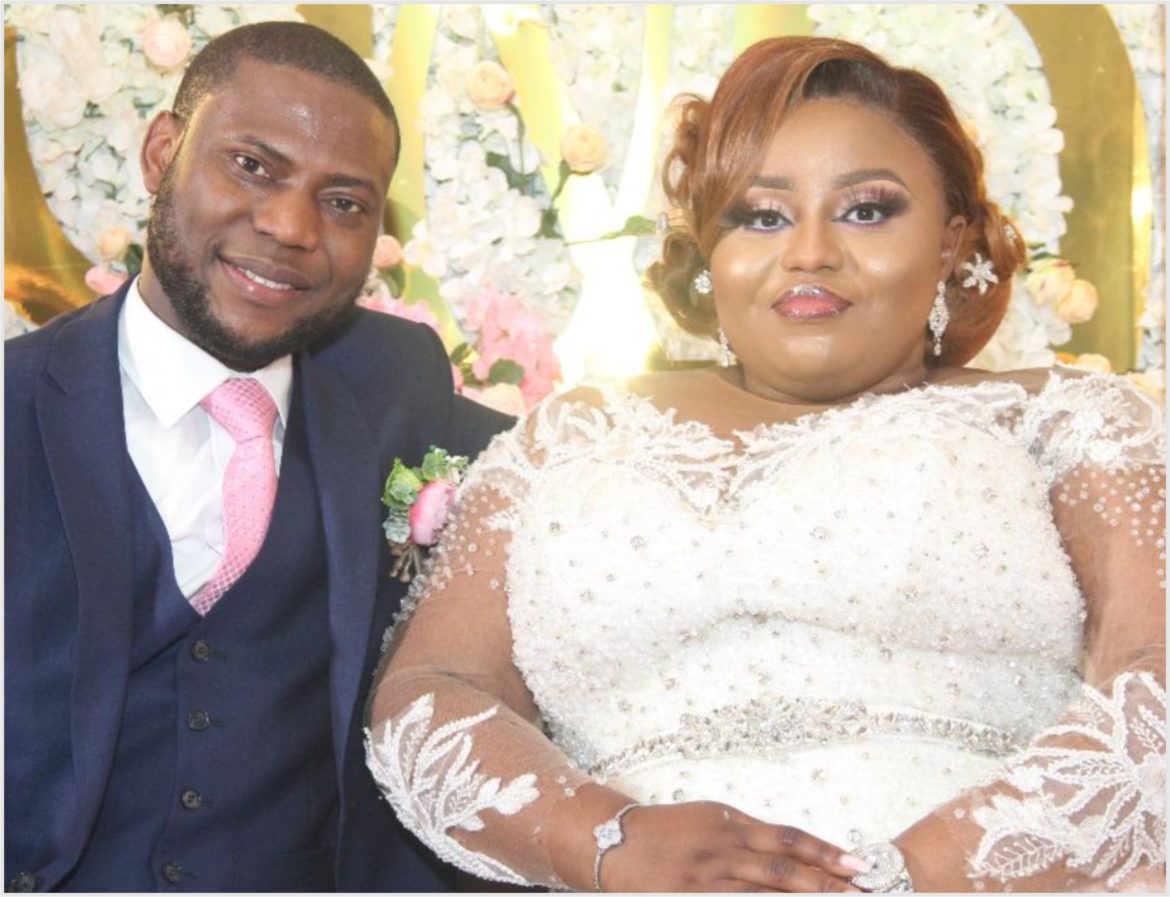 Almost all the celebrity women wore a common dress code which is the expensive peach HOH lace and Gele Aso oke which stood many of them out. The celebrity women who were close to 500  all came to celebrate with London big babe, Sola Badmus popularly called Pinkylomo. We could not forget in a hurry when she also pulled a showstopping grand remembrance party for her late father about 6 months ago when many big boys and babes trooped in from different countries to celebrate with her. This was no exception as many of her friends rallied around her for the big day. The bride Bukola and her husband, Samuel shone like stars for their big day. It was so colourful and well planned by Global Events.

Many stunned in their different styles and colour combination and matched it with statement jewellery. While the bride’s family settled for peach colour code, the grooms family opted for magenta and it was very colourful. It was indeed their day and the celebrants both had it to the fullest.

It was very glaring that the party was full of women and we had them in full too, feeding one’s eyes with their choice of styles sewn with their Aso Ebi. The bride’s mother’s friend, Jumoke Animashaun who runs the popular fabric store, Elsie’s fabric supplied the Aso Ebi while House of Dassy supplied the Aso Oke. Pinkylomo no doubt pulled her friends together and they stormed the Yard 158 event centre of the party en masse. She is a resident in London, a lawyer by profession who has a Masters in Social Work from London South Bank University. She now runs a breakfast and after school Club in South East London. She is married to an accomplished gentleman who is the father of the bride.

Taking the front lead in the fashion sector, Pinky Lomo was dressed by one of her close friends, Jumoke Animashaun who is a top fabric merchant in Lagos. She really stood out at the party. She stole the show with many of her other friends who also wore the same lace with her after changing from the gold lace she wore with her husband. Many of the women at the party dazzled in their 18k gold jewellery. Amongst some of her many friends who stormed the wedding to support her were her close friend and bestie for life London big babe, Bose Etuaje Ogunfunmilaje whom she same outfit with. Others were Bisola Munis, Jumoke Animashaun, Bunmi Unveil, Hajia Fatima Bello, House of Dassy boss, Tailormade fashion boss, Bunmi Ayuba to mention a few.

How We Built LAGOS MARRIOTT Hotel In...