MADE KUTI Talks About His Success Story 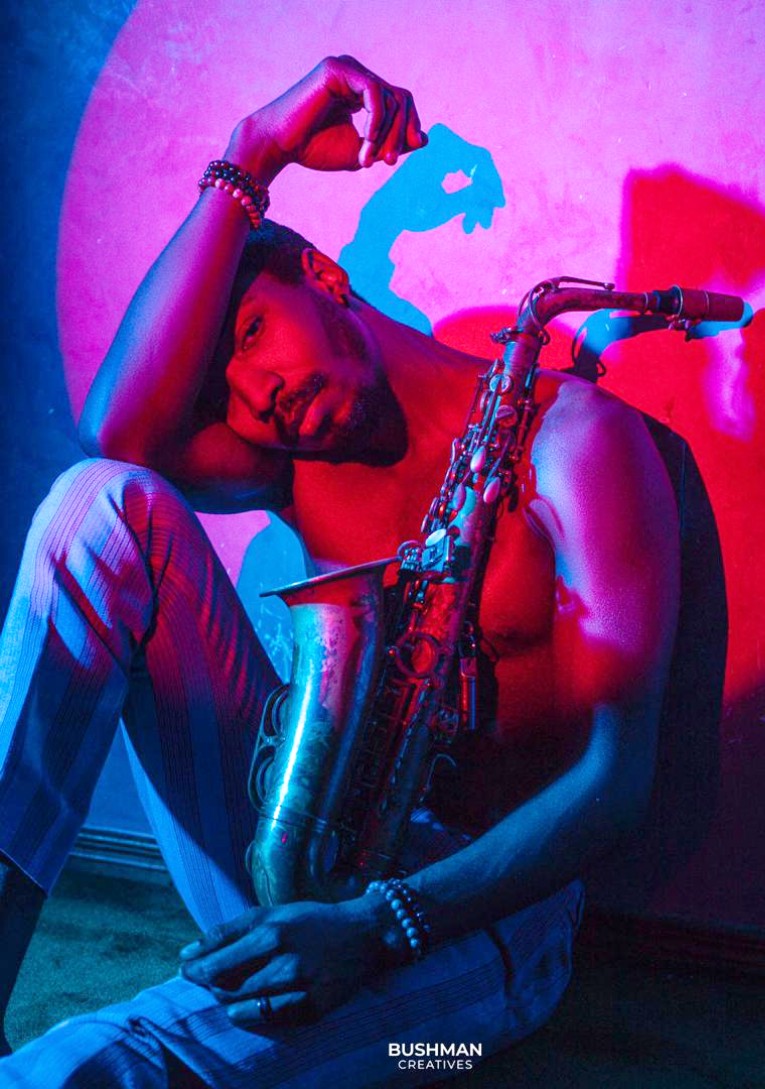 •The Story Of The Crown Prince Of Afrobeat Music

Everyone calls him Made Kuti. That is his professional name. But his real name is Omorinmade Kuti, known professionally as Made Kuti. He is a Nigerian Afrobeat singer, instrumentalist, and songwriter. He is the son of Femi Kuti. Lets tell you more.

He attended the CTC Primary School and Beehive School. He proceeded to London to study at the Trinity Laban Conservatoire of Music and Dance in London, which happens to be Fela’s alma mater.

The first thing that strikes one, upon first meeting Made is his humility. He is humble to a fault and brilliant too. He had an answer to every question thrown at him. The son of Afrobeat singer, Femi Kuti and his ex-wife, Funke Kuti, Made has grown into a fine young man who is ready to conquer the world of music like his grandfather, Fela and his father have done. Read excerpts from this interview conducted by City People’s Contributing Editor, IYABO OYAWALE (08033564055).

You released your debut album, Forward in 2021, how is it doing in the market?

I think it is an unusual dynamic because it has not blown up commercially. I don’t think there are a lot of people that listen to my side of the album. What I know is that we have a strong core listener group.

There are a lot of people that appreciate music, the direction the music is taking, what the album is about, what it represents. I think it’s been recognised by musicians and people in the industry all over the world through the grammy nomination. We didn’t have a lot of commercial success but it is being recognised internationally.

It was nominated by the grammys?

Yes, the album was nominated in the Global Music category.

What do you hope to achieve through your music?

I just hope that anybody that listens to my music feels that the message and source of all the ideas, the instrumentation, the lyrics come from a place of truth. I really care about being honest with myself.

And when they hear the music and the music makes them feel good, they can trust that it’s a true sound.

Is that part of the reason why you released your first single “Free Your Mind?”

Yes, that is part of the reason why “Free Your Mind” was my first single. It was lyrically yes but also musically because it was the most afrobeat from the album. So, when I introduced myself to the world, I wanted people to hear something that was core Afrobeat but delivered a strong simple message.

So, how is it like working with your dad?

I have been working with my dad all my life so it feels, at this point, very natural. What has felt unnatural is that I have now broken away and started my own band. Last year was a roller-coaster of experiences because we started to perform in April and all of a sudden we had shows all over Lagos, we had Terrakulture, Oriental Hotel, Mustbeach Abuja, Hardrock, Global Citizens, and each show we did came with a lot of experience and learning. Last year was a blessing for me. So, I am now an independent musician while playing in my father’s band once in a while.

So it’s a very nice and loving dynamic that we can work together.

How would you describe your father?

He is my hero in every sense of the word. I have always looked up to him. The way he approaches life, the way he values family, the love he gives to people around him, the way that he is focused on his immediate and long term goals. I have never seen anybody as forward-minded as him. To see him give in to distraction was almost impossible as a child. He used to practice 12 hours a day and that was without a TV in his room. He will take up the sax and play, eat and sleep and perform at the shrine 4 times a week. So I was very inspired by his work ethic. But above all, I was inspired by how much he sacrificed for those around him, including me. He didn’t get an education in music but he gave me the best education I could possibly get at Trinity.

It was very nice and there were a lot of people that were aware that Fela was also in the college. But the course I did was slightly different. Fela was in the Jazz department, I was in the classical department. I did the Bachelors in composition. It was very nice. I met a lot of musicians, I made a lot of friends that are now in the industry.

And it was nice to see that people of great administrative understanding took this art form seriously, which is what I see to be almost non-existent in Nigeria to see an educational facility that is not entirely dedicated to music studies but has the funding, equipment, and professionalism to actually execute it.

What are the challenges you face in your music career?

I think it is balancing my sound with the commercial industry. So, I have to find a way to do that. I am not making music for musicians, I am making music for the average person. Because I am now an informed and learned musician, sometimes, I can be too complicated in my music. My music can be too complex. And that complexity comes out well but sometimes it doesn’t. It allows for somebody who is not conversant with the technicalities of music to appreciate it. So, I like to say that I make music for people who are going to work every day, some of them are lawyers, some are doctors, some are unemployed and they don’t have time to understand the theory of music. They just want to listen and learn and enjoy it.

What are your future plans for Made Kuti and the movement? And why the name The Movement?

It took a long time to decide but when I finally decided, I wanted a name that would carry the weight of all the ideas I wanted the band to represent.

So, The Movement as in physicality that is dance. Then the movement as in progression, I wanted it to be forward-thinking. I really want to be able to carry this band all over the world.

What does it feel to be the grandson of the legendary Fela?

A lot of people ask me that question (laughs). Truth is, I don’t know what it feels to be anything else. I have always been the grandson of Fela and the son of Femi. So my entire life has been stapled around that reality. My life has been good. Everybody has ups and down and we have had our downs but we’ve had a lot of ups. I am grateful for them.

Would you say his name has opened doors for you?

A lot of doors and at the same, it has closed doors (laughs). It is a very interesting balance.

What keeps you going so strong?

That would be my foundation. It is that I have many people to rely on. My dad, my mum, aunty YK, my siblings, anty Dapo in London, my partner, my cousin Rolan, I have a lot of people that I can rely on. As I said, a lot of downs have come.

We have ups too but in your down moments, solitude sometimes can help for thinking but sometimes it can take you down the slippery slope of mental difficulties. So all these people around are always on my case. I have a lot of people that I can depend on.

What’s a typical working day in your life like?

It is a lot of practice. Nowadays, I don’t have a lot of time to practice which is strange because I am writing a lot of new songs. But practice is music, spending time with my family and partner on a day like this, we have rehearsals. We’ll rehearse from 3 pm till about 8 pm or 8:30 pm. On Friday, I am recording in the studio.

How would you describe yourself?

How would you describe your mum, Funke Kuti?

What should your fans expect?

We have an EP coming out very soon, hopefully, next month, February, this year. Later, a full album will come out either later this year or very early next year.

MADE KUTI Talks About His Success Story was last modified: January 18th, 2022 by City People