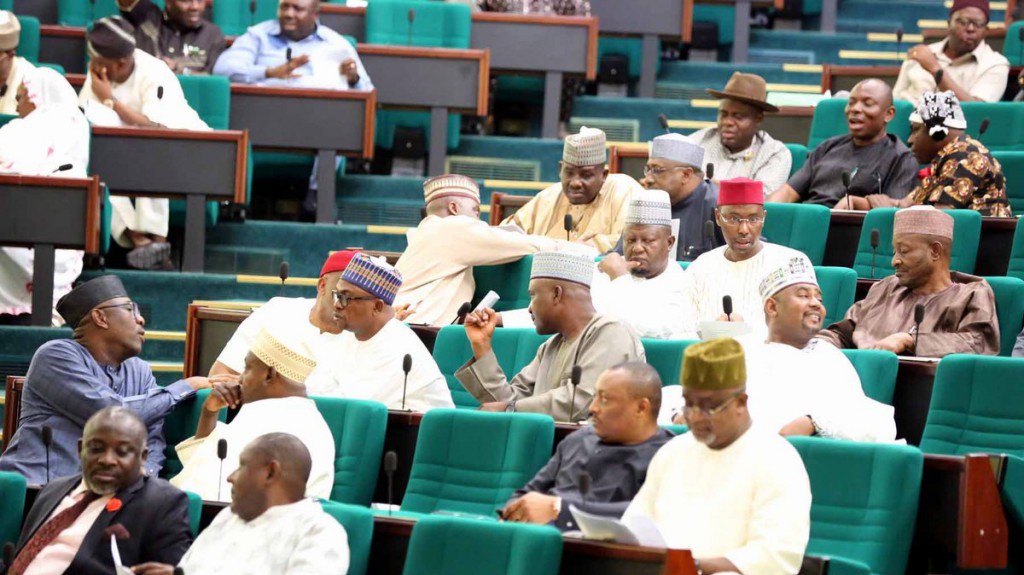 The House of Representatives has urged the Presidency to seek the interpretation of the Economic and Financial Crimes Commission Act before a court, following the Senate’s rejection of Mr Ibrahim Magu as Chairman.

The House also resolved that the executive should refrain from making statements that connote the usurpation of the judiciary’s powers considering its negative effects on the doctrine of separation of powers.

This followed a motion on Thursday in Abuja by Rep. Leo Ogor (Delta-PDP) on the “need to prevent erosion of the Doctrine of Separation of Power”.

Moving the motion, Ogor explained that by the clear provision of Section 2 (3) of the EFCC Act, the chairman of the anti-corruption agency shall be nominated by the President subject to the confirmation of the Senate.

“Convinced that the EFCC Act is an Act of the National Assembly that can only be set aside by a court of competent jurisdiction, and until that happens, the law remains in force and binding on all persons and authorities in the country.

“Further aware that the Executive Arm of Government has not filed any proceeding in any court to challenge the provision of Section 2 (3) of the EFCC (established) Act of 2004.”

Ogor said that under the doctrine of separation of powers, the interpretation of the constitution and Acts of parliament was the sole responsibility of the judiciary and not that of any person or official of the other arms of government.

He said that the statement credited to Vice President Yemi Osinbajo was capable of eroding the doctrine of separation of powers with its obvious implication of instituting a dictatorship in the country.

Contributing to the motion, Rep. Simon Arabo (Kaduna-APC), said that there was need by the executive to tow the line of separation of powers.

Also, Rep. Kingsley Chinda (Rivers-PDP), said that people should not continue to upgrade opinions to be actual facts.

“Government should be responsive and listen to the opinions of the masses,” he said.

The motion was unanimously adopted when it was put to a voice vote by the Speaker, Mr Yakubu Dogara.

The House, therefore, mandated its Committee on Legislative Compliance to ensure implementation of its resolution.