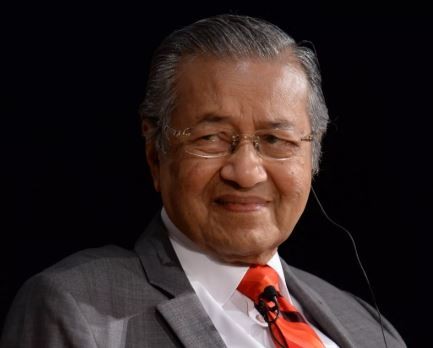 At 93, Malaysian Prime Minister Mahathir Mohamad is the oldest leader in the world.

In May, he made a shocking return to political power in a bid to save his corruption-plagued country. Mahathir was once at the helm of the country for 22 years from 1981 to 2003, becoming Malaysia’s longest-serving Prime Minister.

In that time, he was credited with transforming Malaysia from an agrarian society to an industrialized nation. In the process, he ruled the country with an iron fist locking up political opponents and censoring the press.

According to him, ‘when I stepped down voluntarily, I thought that I would have a very relaxed time, be with my family and maybe cruise around. Unfortunately, the moment I stepped down, my successor decided to change course, adopted new policies and all that. And particularly discarded everything that I have started. So, a lot of people felt unhappy. They all came to see me, asking me “Please, do something, please do something.”

When asked how he wants people to remember him, he said ‘I have this belief that once you are not around, lots of people will debunk everything and they will say nasty things about you. To me, that is not important. I will not be around to hear that’.

How Staying Overseas Affected My Music –...