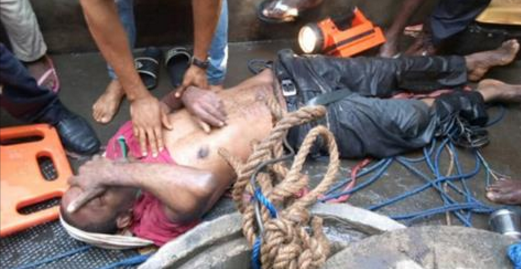 A 45-year-old man who allegedly attempted to commit suicide by jumping into a well at a residence in Kujore street in the Ojota area of Lagos state today April 25, 2017, has been rescued after

Men of the Lagos state Emergency Management Agency (LASEMA) were alerted at about 6am this morning after the man jumped into the 116 feet well. Although he did not die, the man sustained a fracture on his hand. He was taken to the hospital for treatment by officials of the Lagos State Ambulance Service.

Man who attempts suicide by jumping into a well in Lagos rescued [PHOTO] was last modified: April 25th, 2017 by Reporter