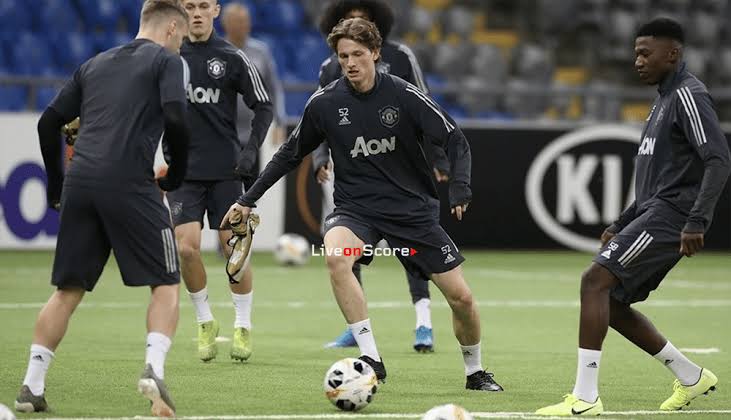 Astana head coach Roman Hryhorchuk says he does not think Manchester United have been disrespectful by naming an inexperienced squad for Thursday’s Europa League game in Kazakhstan.

United have already qualified for the round of 32 while Astana are out of contention with two Group L games left.

And manager Ole Gunnar Solskjaer’s 18-man squad features 14 teenagers – with 10 yet to play a first-team game.

“I think disrespect isn’t a proper word for that,” said Hryhorchuk.

“If they play within the squad of such a prominent team as Manchester United, then they are high-level players.

“I can tell you they are very motivated to win, and they’ve got a chance to play in the Europa League. I do expect a very good game with them.”

After Thursday’s game, United have to play nine games in December, having reached the Carabao Cup quarter-finals.

Their Under-21 side will also play in the Leasing.com Trophy knockout stage, having won each group game, so Solskjaer has selected several of those players, along with some fit-again fringe players.

“It’s common sense,” said Solskjaer. “We have done great to qualify after four games, so it gives us an opportunity to give game time to the experienced lads who need it: Axel [Tuanzebe], Luke [Shaw] and Jesse [Lingard].

“They’ve not really had too many games and they’re coming back from injuries.

“It’s hard with the young kids to give them enough games against men – professional games. We’ve got the EFL Trophy and for me, this is a great chance for me to see them all together.”