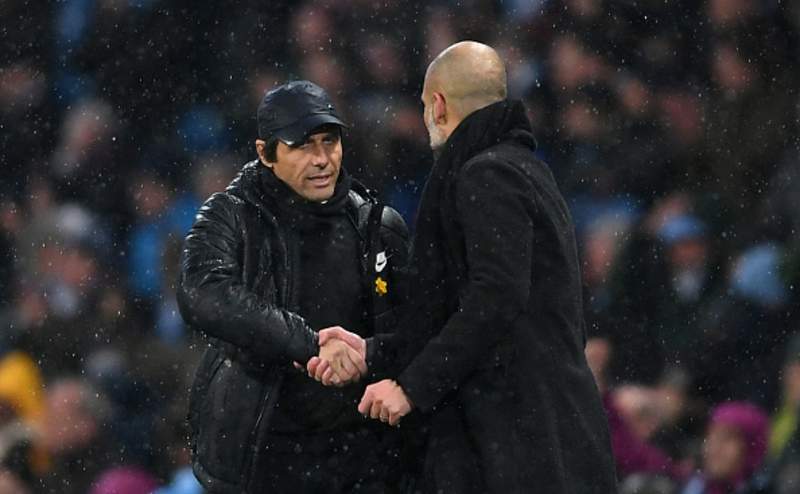 The runaway leaders, who need five wins from 10 games to claim a third title in seven seasons, are on 75 points.

“They have the possibility [of reaching 100 points] because they’re showing to be the best in the league,” said Conte.
With Manchester City’s imperious league form, it now seems a question of not if, but when will they the lift the Premier League title.

Even if Manchester United beat Crystal Palace tonight, Manchester City can still win the title against United should they win the Manchester Derby.

The real deciding factor happens this weekend when Manchester United face Liverpool. Should Jurgen Klopp’s side win that, and all their remaining games, City will have to wait until they play Tottenham at Wembley on 14 April to guarantee the title.

The earliest City can win the title is 31 March with a win at Everton.