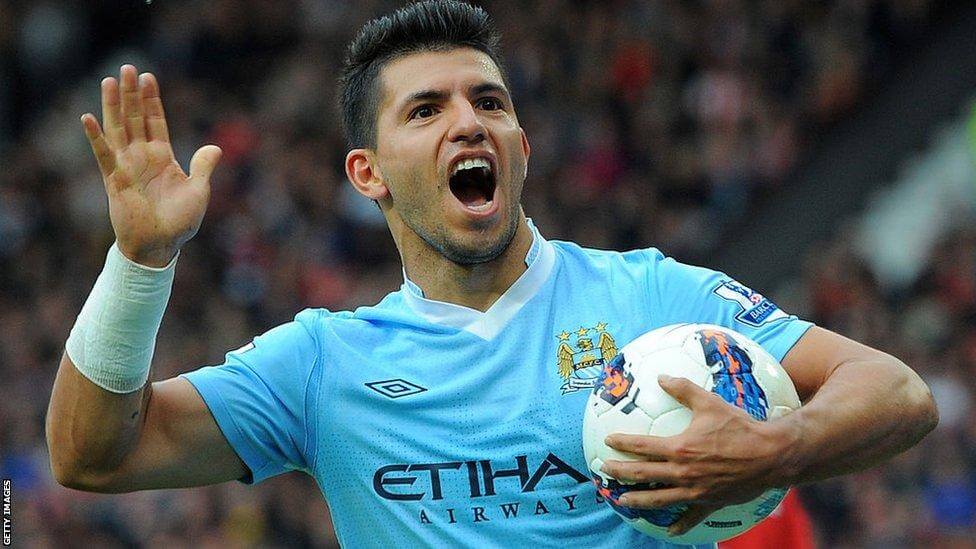 It was a black Sunday for Chelsea after Manchester City returned to the top of the Premier League in scintillating 6-0 win at the Etihad Stadium.

Liverpool’s win against Bournemouth meant Pep Guardiola’s side needed victory to return to the summit, albeit having played one game more.

And their job was done after a sensational opening burst brought four goals in the first 25 minutes as Chelsea were left bedraggled, humiliated and on the receiving end of their worst defeat since they lost 7-0 at Nottingham Forest in April 1991, BBC reports.

The rout started after four minutes when Chelsea were caught napping by Kevin De Bruyne’s quick free-kick which left Raheem Sterling to fire in at the far post before Aguero, who had already missed an open goal, curled a magnificent right-foot finish past the stretching Kepa Arrizabalaga from 25 yards.

Chelsea’s embarrassment was symbolised by Ross Barkley’s inexplicable header straight to the feet of Aguero to poach his second and Ilkay Gundogan capped that early blitz with a low drive.

Aguero completed his hat-trick from the penalty spot after 56 minutes following Cesar Azpilicueta’s foul on Sterling, his 15th treble for City and a record-equalling 11th in the Premier League, an honour he shares with Alan Shearer. It was also his second in successive home games after his hat-trick in the 3-1 win against Arsenal.

Sterling then piled on the agony for Chelsea with the sixth, turned in from six yards after David Silva’s threaded pass released Oleksandr Zinchenko down the left.