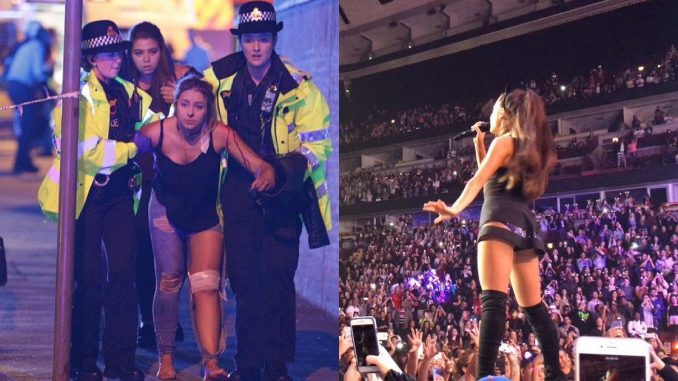 Authorities knew about plans for the radical Islamic terror attack at the Ariana Grande concert in Manchester, UK that targeted young girls and teenagers, according to reports.

British intelligence and law enforcement were aware of plans to kill as many people as possible at the O2 Arena in Manchester, but rather than apprehend the terrorist, they let him kill 19 people, and the death toll may yet rise.

Britain’s open borders have provided the elite with the useful terrorists necessary to do their dirty work for them. British intelligence and law enforcement ‘allowed’ this attack to happen in order to justify cracking down on the innocent population even further, taking away more and more civil liberties, until we are living in a police state.

The terrified public will allow this to happen. They will choose “safety” over liberty.

The fact is, the ISIS death cult is funded and supported by the United States and its western allies. This is not a wild conspiracy theory. It is admitted by Democrat and Republican members of Congress in the United States.

Just as ISIS cause death and destruction in Syria, Iraq and Libya on the US and European dime, they also cause chaos in large European cities. This is all part of the plan to destabilize Europe and take away civil liberties, privacy and the right to a decent life.

The Manchester attack has every similarities to the Paris attacks of November 2015. Paris and Manchester are both dominoes that fell, as orchestrated by the New World Order, as part of a masterplan that aims to destroy Europe as we know it.

ISIS claimed responsibility immediately after the attack, just as they did after the Paris attacks, warning that it is “just the beginning.”

Terrorists are walking freely into our countries and being allowed to perform barbaric acts that terrorize good, law-abiding citizens. In some cases law enforcement and intelligence actually assist the terrorists.
Sources are claiming the FA Cup final next weekend in London is the next target in a wave of Islamic terror that is set to get worse. First young girls, next football fans.

Crisis and catastrophe will be the order of the day, as the elites march us towards a police state and a New World Order. While the terrorists are allowed to roam free, we will be the ones imprisoned.

All you need to know about Manchester Arena, venue of the Ariana Grande concert where a blast killed 22 people