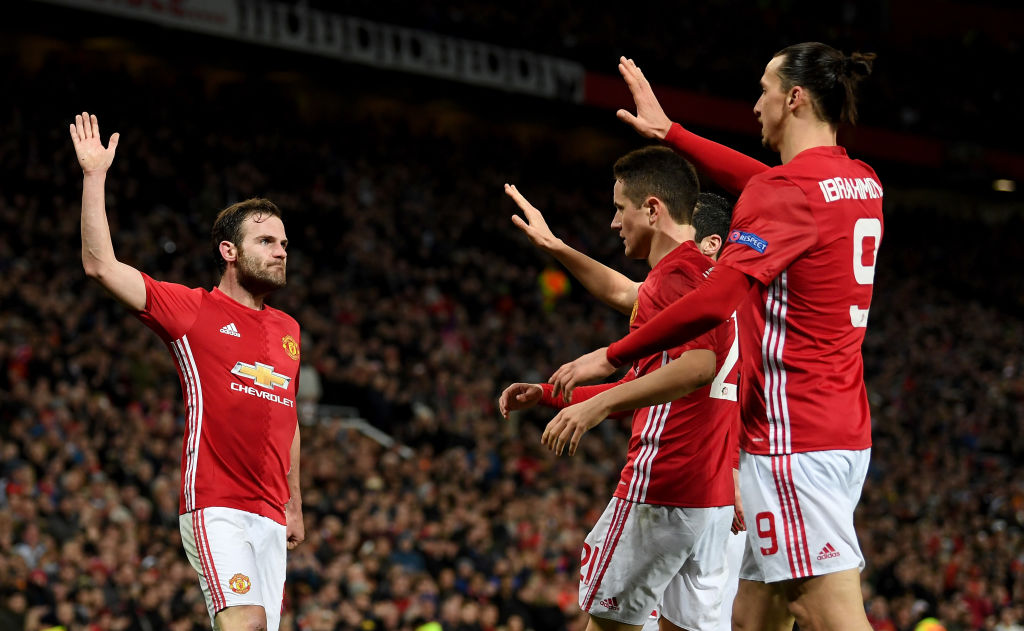 After Anderlecht’s late equaliser in the first leg which Manchester United dominated, the supporters were fretting about that result and Sunday’s visit of Premier League leaders and bogey side Chelsea.
Jose Mourinho gave star man Zlatan Ibrahimovic a rest against his old side and the decision came up trumps with his current crop emerging victorious 2-0.
Full of confidence, the Red Devils will be hoping to finish the job off tonight.

“I don’t want to win the Europa League. It would be a big disappointment for me. I don’t want my players to feel the Europa League is our competition.”
Who said this? You’ve guessed it – Jose Mourinho in July 2013 not long after returning as Chelsea after interim manager Rafa Benitez had brought the trophy to Stamford Bridge in the previous season.
Mourinho is now at Manchester United and has learned to love the Europa League now it has the additional prize of a place in the Champions League.
It may also now represent United’s best chance of returning to Europe’s elite competition, which makes tonight’s quarter-final second leg against Anderlecht so important.
Jose Mourinho makes five changes to the Manchester United side that beat Chelsea.
Sergio Romero, Luke Shaw, Michael Carrick, Henrikh Mkhitaryan and Zlatan Ibrahimovic all come in.
Wayne Rooney, back from an ankle injury, is on the bench.
Man Utd XI: Romero; Valencia, Rojo, Bailly, Shaw; Carrick, Pogba; Lingard, Mkhitaryan, Rashford; Ibrahimovic.
For Anderlecht, leading scorer Lukasz Teodorczyk, who has scored 28 goals this season, is back in the first XI having been named on the bench for the first leg following his return from a shoulder injury.
Anderlecht XI: Ruben; Appiah, Mbodji, Spajic, Obradovic; Tielemans, Dendoncker, Hanni; Chipciu, Teodorczyk, Acheampong.