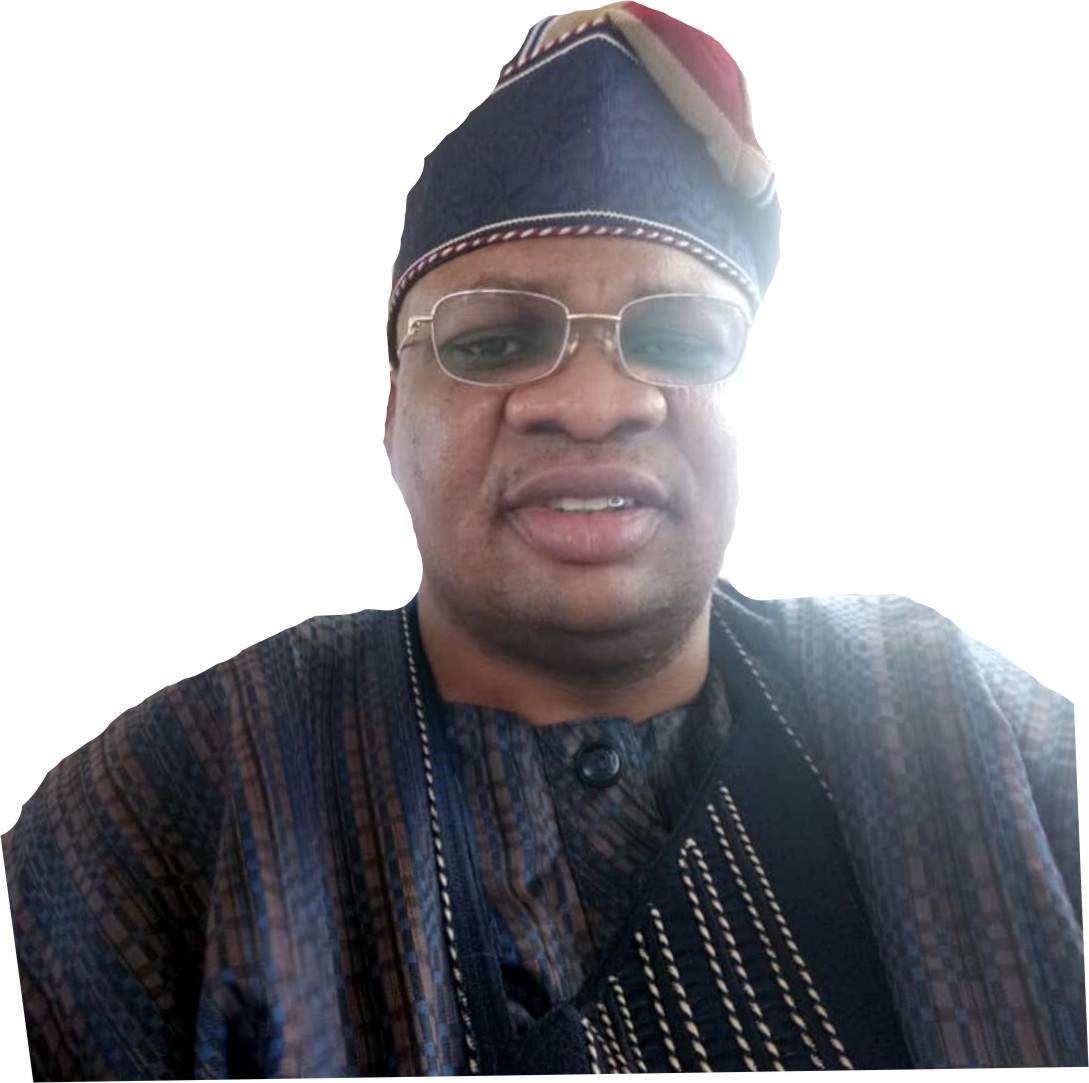 Sina Alabi is a well-known name in Ibadan social establishment. He is one of the hot socialites rocking the social scene. He is also known to be a politician. He is a former Chairman of the then Oyo State’s transport company, T.C.T.C. He is handsome and dresses well and carries himself with so much respect and dignity. While his close associates know that he is into business, not many people know that Sina Alabi plays big in construction and property. His late parents were known in Ibadan when it comes to business. The mother was into foodstuff at the popular Bodija market, Ibadan, while the father was into contracts and manufacturing.

Sina Alabi was born some 55 years ago. He was born and bred at Oranyan in Ita-Agbaakin Compound. His father’s village is Amanda, while his mom is from Onikete Village in Akinyele. He attended Ajibode Grammar School, Ibadan and then University of Ibadan, where he studied Kinetic Energy. He is a property consultant, developer, facility manager and C.E.O Shortollab International Company Ltd.

Though you hardly see him wearing beads, but Sina Alabi is the ‘Mogaji’ of Ita-Agbaakin Compound. He also has many chieftaincy tittles, but he doesn’t flaunt them.

In this interview with City People’s Correspondent, DARE ADENIRAN, Hon. Sina Alabi speaks extensively about many things people don’t know about him. His life as a politician, socialite and businessman. He spoke about. It was an interesting session with Sina Alabi in his beautifully-arranged office, at the Oshuntokun area of Bodija, Ibadan, Oyo State. Enjoy the excerpts.

You are a stakeholder as far as Oyo politics is concerned, but there seems to be kind of silence from your side. What has been happening to you politically?

Well, at times you just have to stay low not only in politics, but also in your private life. One of such moments is now, especially when things didn’t go as expected. Mind you, it is not that we have totally gone off the political scene per se. But perhaps because our party is not in power, I belong to APC in the state. Maybe that is why you have not been hearing so much about me. But I tell you, we are working and strategizing underground and when it is the appropriate time, we will come out with full force.

How do you mean by saying that things didn’t go as expected?

Yes. The outcome of the last guber election in the state and all. Any good politician must always strive and work hard for his or her party to win in an election.

Let me tell you, this is is my 37 years in politics and rarely would there be a government in the state that I won’t partake since this dispensation of democracy and even the one before. And presently I am a bonafide member of the All Progressives Congress (APC) in Oyo State.

But unfortunately, the type of politics we played in the last four years in Oyo APC was nor good enough. Leaders were not allowed to contribute not advise those who were in the helm of affairs of the party. That was why things went the wrong way at the poll. So, when it happened like that, one has to go back to the drawing board and re-strategise. Of course, I won’t quit politics either will I dump APC. But I am on a ‘kind of sabbatical leave politically. I am presently busy with my business. You know I am into construction and property. That is why it’s not good for someone to take politics as a profession. It should be a service to humanity. If you don’t have anything doing aside politics, you can be rubbished at any time. That is why I can stand tall and face anybody and tell him or her the truth. It is now up to you whether you want to listen or not. I am blessed in my own little way. I am happy and contented.

You said APC leaders were sidelined and that has created a serious division in the party. Has that affected your relationship with Ex-Gov? Ajimobi in any way?

I have never had any issue with Senator Ajimobi and I don’t think he has problems with me as well. But when it comes to party politics, some leaders who are experienced ought to have been called upon to contribute in one way or the other, but it was never so. We were marginalized in both local and state levels, and that was what brought us to where we are.

What is the next thing for Oyo APC now that election has come and gone? Are you part of the ongoing reconciliation within the party?

I am part and parcel of the whole process, as I have always been. You will recall that my preferred Guber aspirant, Chief Joseph Olasunkanmi Tegbe couldn’t get the party ticket, but he remains upright and resolute. He believes strongly in the party supremacy, so I am as well. We are still very much together till today. We remain in APC. Tegbe is still very active and has continued getting in touch with party leaders across the state and national level. He has continued helping people as he has been doing even before venturing into politics. He has a foundation through which several lives have been touched.

The outcome of the APC primaries before the last election was said to have created some kind of cracks between Tegbe and Adelabu’s loyalists. What is the situation now?

People are getting it wrong. There is no permanent friend or foe in politics, but permanent interest. We are all working for the interest of the people and the party. Besides, when two people are eyeing the same post, definitely only one will get it. The only thing that was unfortunate about the aftermath of the primary was that the warring groups were not reconciled and we went to the election like that. That was why some people left the party. I am a party man to the core. I mean since I started my political career, I have never lost my polling unit nor my ward. In the last election, we were able to deliver my Federal Constituency as well. But on the day of the governorship election, my people told me that they have done my bidding in our Federal Honourable poll, that they had another option for guber. I had to abide by their decision, that was how bad the situation was. But we have since moved on and the plans now are the next stage, which is reconciliation.

I put everything in God’s hands. The major task now is to put our house in order, politically.

Tell us more about your construction and property business because many don’t know you also play big in these two sectors?

By God’s grace, I run Shortollab Construction Company Limited. It is an international and registered company of over 20 years in business. We are into Construction, Property and Facility Management. We buy, sell and develop properties. I am also into poultry farming. I have my farm at Lalupon. We recently completed and delivered a construction project of 3.4 kilometres road in Benin.

Let me add that, I am also a revenue consultant; we collect revenue on behalf of government from some queries.

In the property aspect, we handled jobs for both companies and private individuals that can’t be mentioned here. We have partnered Legacy Estate to develop some set of three-bedroom apartments inside Kolapo Ishola Estate. The apartment is now open for letting or lease.

How has the experience been for you in the last 37 years you have been in politics and in what and what capacities have you served?

It’s been wonderful; full of ups and downs like every other sector with their peculiarities and challenges. When I started, I was operating at the party level. Where I rose to become a state’s Publicity Secretary in A.D. I later joined PDP and I was part of Ex-Gov Ladoja’s administration, where I served as Special Assistant on Special Duties. I also served under former governor Adebayo Alao-Akala’s administration, as TCTC Chairman.

You are a politician, socialite and a businessman, how did these phases of your life evolve?

Thank God for the grace. Though a little bit of hard work and determination may have contributed to whatever one has been able to achieve in life, grace takes a major share of it. Good character and integrity are also important too. I have been able to build a good image for myself over the years, and that has really helped in politics, business and social life.

You are also one of the hot and stylish socialites in Ibadan?

Those who know my father can testify to the fact that he was a socialite in his lifetime too. I probably inherited that from him.

Tell us more about your father?

He is late Alhaji Lamidi Oladiti Alabi. He was a known manufacturer and contractor and one of the well-known elites in Ibadan. He was into soap manufacturing with a big factory. He was a power dresser as well.