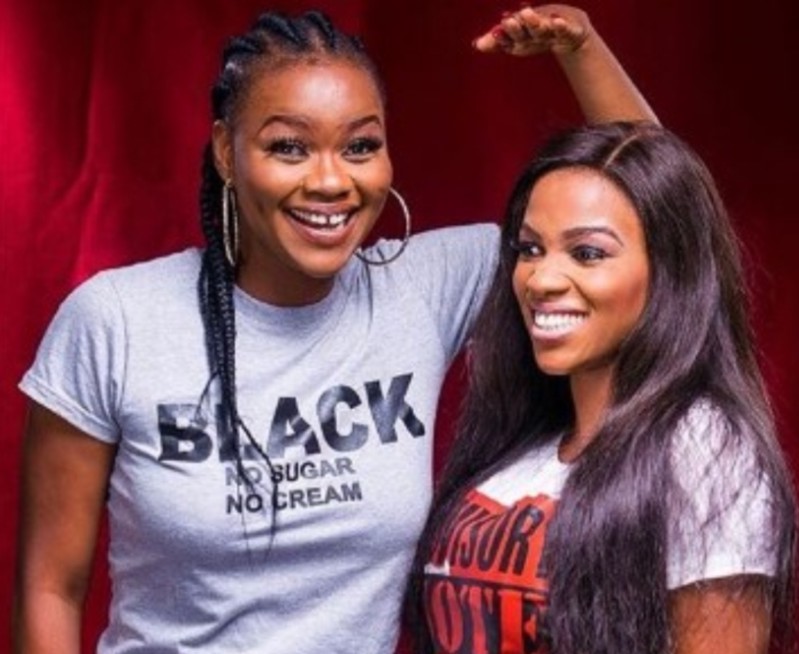 Taiwo Bankole, the brain behind Strictlyeventsng, is the twin sister of Nollywood screen diva, Kehinde Bankole.

She is one of the most sought-after Lagos Event Planners and the choice of Nigerian billionaire, Sir Kesington Adebutu, as he is set to become “Odole Oodua of Ife”. The title was earlier held by the likes of the late Chief Obafemi Awolowo and the late G.O.K. Ajayi.

The event which will parade many Nigerian governors, Obas and business tycoons will literally shut down Ile-Ife for 2 days and the event will be handled by Taiwo.

City People’s Assistant Society Editor, ABIOLA ORISILE had an exclusive interview with the event planner, who spoke extensively on her life as an event planner, growing up with her sister and how she started acting many years ago. Enjoy it.

You are the twin sister of a Nollywood diva, Kehinde Bankole, do you think you look alike?

Not really, perhaps if we do, it must be our gap-toothed smile.

How did event planning start for you?

I started event planning with serving drinks at event venues and people along the line started contacting me to serve them at event venues. I felt since people were calling me for event planning, why should  I  not include other stuff in what I do and that was what brought about Strictly eventsng.

How long have you been planning events?

I have been planning events for 8 years and still counting.

Why do you think all events need a planner?

Yes, all events need a planner because you can’t do everything yourself. Even event planners need vendors around them. It is not one man’s job. You can’t do it alone. If you are the celebrator and you say I can do my event myself, it can’t work.

Of course, the road was tough when we started, but it is better now. When I started, and patrons said:”, Taiwo, we don’t have big money to give you, “but I took the little money because I wanted to sell myself. Now things are getting better.

I have paid my dues.

Your sister is an actress and you are an event planner, any synergy so far?

Yes, I have handled many Nollywood events through her. I have even set up a party scene in movies through her.

She has been linking me with patrons too. We also get lots of referrals on the job.

What has sustained you?

It is hard work that has brought me this far in life. Even if the job is 50,000 naira, I devote attention to it as if I am paid billions. Every little job counts.

Which job brought you to the limelight?

I have done many jobs, but the first one that I did was Mide  Martin’s event. That was the movie premiere of “Abike”. That was a long time ago. Then Moji Olaiya’s event “Iya Oko”. Those Nollywood events rang my bell and a couple of society events too.

You are the event planner for Chief Kesington Adebutu’s Chieftaincy title installation ceremony, how did it happen?

Well, I will say God made it happen. It wouldn’t have been possible without my friend Abisola Adefioye. This is also an avenue to tell her thank you for being an amazing friend. It is good to have a friend who could make an impact on one’s life.

I got the call from her a particular day saying I am planning Chief Kesington Adebutu’s events. Well, I have always been attending all the Adebutu’s events but this time I will be there not as a guest, but the event planner.

I thought I was dreaming, but God used her to make it happen. It was a divine one from her. The first thing I did was to put her picture up but it wasn’t strange to her since I do that often. I wrote a long epistle on her.

Thank you for doing this. This is a big platform for me. I have always known that event planning needs just a job to make a huge turn round for me.

What should we expect, come that day?

Expect the best. It is the event that is the talk of the town. We have ‘A’class event vendors coming from all over to Ile-Ife.

How was growing up with your sister?

It was fantastic growing up with my twin sister. We grew up with our parents, who are both late now. Our dad passed on 2 years ago. We are the 3rd out of 5. We grew up in Lagos.

When your sister told you she was going into acting, what came to your mind?

Nothing came to my mind because I started first. I started first in Super Story and I told my sister, Kenny, there was an audition going on somewhere in Ajao Estate. I remember I said, you have the look of what they want and that was years back. It was Suara, Toyin Tomato series. To her surprise, she was picked.

What was your first role?

That was Super Story, Lere Paimo and Sola Sobwole series. Sola Sobowale was my step mum and Madam Kofo was my mum.

READ ALSO: THOUGH I AM AN ENGINEER IN THE U.S., I STILL LOVE BEING A NIGERIAN – ETIM SAMUEL EKONG