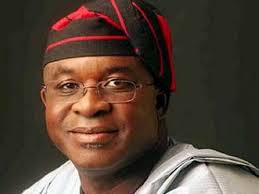 FORMER Senate President, David Mark, and Senators Jonah Jang, Abiodun Olujimi and Rabiu Kwankwaso were among 49 senators who signed a list rejecting any move to force a change in leadership in the Senate.

The list was made available to reporters in the Senate on Tuesday.

The list, which is made up  mostly  members of the opposition Peoples Democratic Party, was compiled at the foyer of the National Assembly.

A copy of the list sighted by our correspondent, read, “We, the undersigned senators, hereby declare our total support for Senator Bukola Saraki and Ike Ekweremadu as President and Deputy Senate President of the Federal Republic of Nigeria. We are against any purported illegal impeachment being cooked up by a few minority (sic).”

Recall that speculations that a group of senators of the All Progressives Congress were plotting to invade the National Assembly to reconvene and effect a leadership change led to the appearance of several PDP senators, who decided to suspend their recess, to thwart the move.

They were, however, initially prevented from entering into the National Assembly complex by armed and masked operatives of the Department of State Services who said they were acting on “orders from above.”