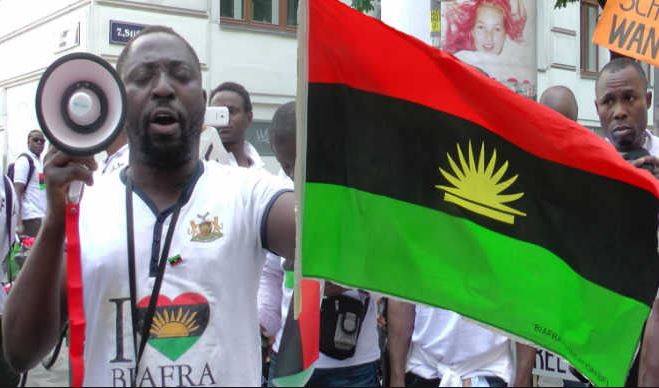 The Biafra secession cause appears to be very much strong as the Igbo Nation will be observing a historical independence day later this month.

The Movement for the Actualisation of the Sovereign State of Biafra has declared May 22 as Biafra Independence Day across the country, urging all Igbos worldwide to join in the celebration.

They noted that unlike in the past, this year’s celebration would be held for seven days, assuring that the exercise throughout the period would be violent-free.

A statement issued on Sunday by the Leader of MASSOB, Delta-Central, Mr Perry Akujinwa, appealed to security agencies in the country to allow its members observe the celebration without harassment or any form of intimidation.

“We want to show the whole world that Biafra remains unchangeable and unshakable. This year’s celebration is the first of its kind because there are a lot of changes. The celebration will last for seven days.”

The statement reiterated the group’s desire to peacefully achieve the dream of Biafra Republic, adding the Igbos were no longer comfortable with the ‘unholy marriage’, which it claimed had suffocated the progress and innovativeness of the Igbo.

The statement said this year’s celebration would witness activities such as peace walk, talk show, etc in order to highlight why Biafra deserved sovereignty.

MASSOB to Mark Biafra Independence Day on May 22 was last modified: May 8th, 2017 by Arinze Ago

‘I wish my President would do the right thing and pass the baton’, Dabota Lawson advises presidency