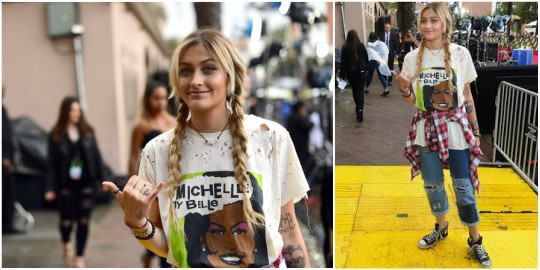 Michael Jackson’s daughter, Paris Jackson who is also an actress, rocked a casual jeans, a top and a shirt tied round her waist to the event. However it seems she doesn’t care about it, as she seemed so relaxed at the event, and even posed for photos.

Paris is also set to appear in an upcoming untitled dark comedy for Amazon Studios and recently signed a $1 million modeling contract. 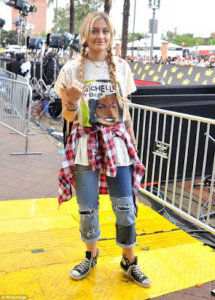