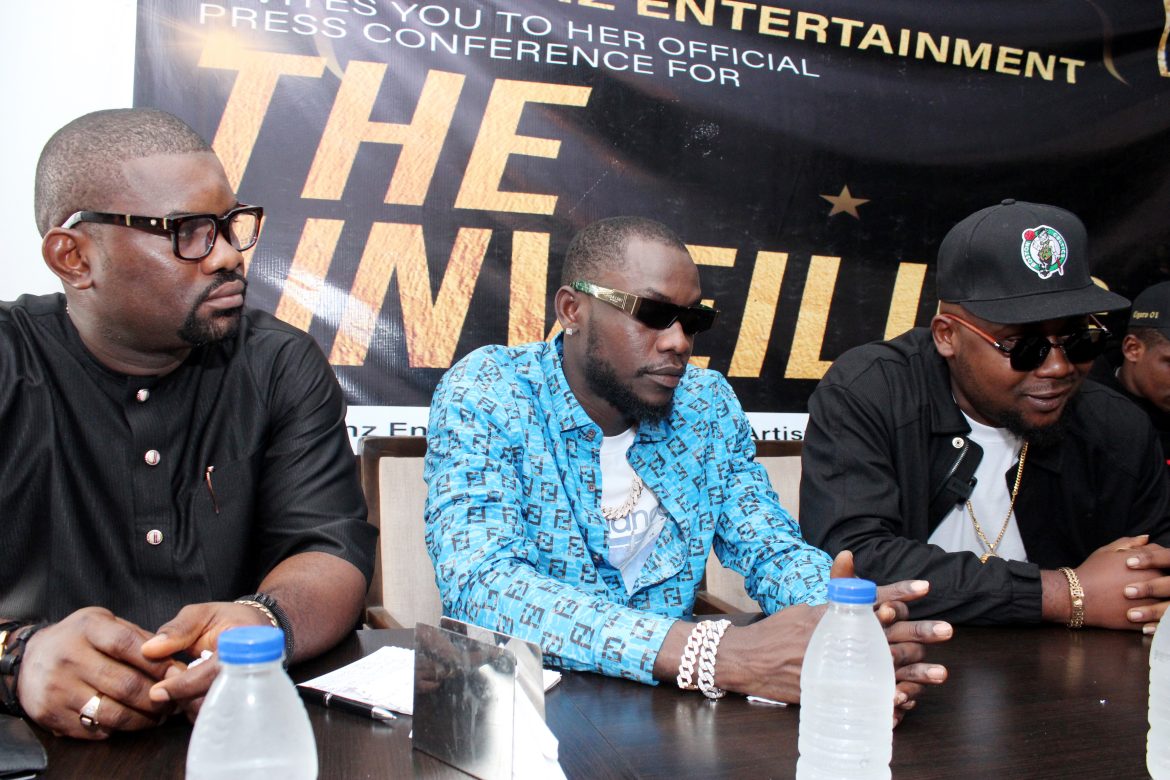 21st January 2023 is a great day for lovers of good music. It is a memorable day that saw the unveiling of a brand new and vibrant record label, Medellinz Entertainment announcing its presence to Nigerians and the world.

Medellinz Entertainment has indeed come to stay as a formidable force in the music and entertainment industry. It has taken time to put things right, setting the foundation for them to flourish.

The unveiling was done in the presence of members of the press at the Micasa Haven located in the highbrow Lekki axis of Lagos state.

The record label started on a high note as it unveiled a top and talented musical artist Asikpi Tombra whose stage name is Payper Corleone.

Speaking about the historic event, the General Manager of the newly launched organisation, Omodu Jack West said they have come to showcase to Nigerians and the world what they have in stock which is music at its best. He added by saying the signing of the highly talented Payper Corleone as their first artist spoke volumes about their intention as they look forward to getting more stars into folds.

He, however, commended the executives of Medellinz Entertainment, the likes of Solomon Onuoma, Michael Billions and Big Mitchel for showing commitment to the project of raising a top-notch record label as they set to take Nigeria and the world by storm.

The signing of the necessary paper with the artist was done before the press. This was followed by photo sessions after which Payper Corleone was handed a brand new Mercedes Benz SUV and keys to a luxurious apartment in the Lekki area of Lagos. According to Mr. West, these are parts of the benefits of being an artist under Medellinz Entertainment. He said “We will do everything possible to make any artist the company signs feel comfortable in order to give their best”

Payper Corleone is not a newbie in the music and entertainment industry. The exploit of the rapper and lyricist in music has got him nominated twice for the prestigious Headies Award. This shows how far he has pushed his music. He has worked with quite a number of top artists. He is one of the fast-rising rappers in town.

In a chat with CityPeople, the new signee expressed optimism in the union, stating his readiness to do many great songs in pushing the record label far beyond expectation. He however assured the public that they are out to wet their appetite for good music.

Voter Apathy, A bane of the legitimate electoral process By Taiwo Olubanwo