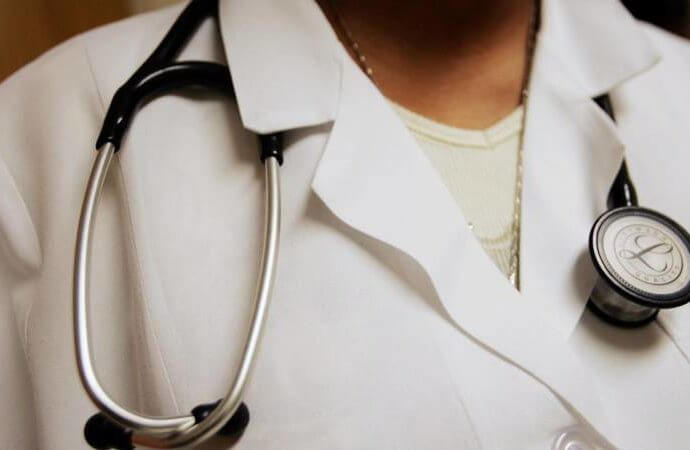 A 35-year-old Indian man, Maksud Khan was recently admitted into hospital on suspicions of having severe food poisoning, but as it turned out, his three months of stomach pains were the result of having seven kilos (15.4 pounds) of foreign objects in his belly, including 263 metal coins.
According to Oddity Central, the doctors who took Khan’s case got a massive shock when an endoscopy revealed that food poisoning had nothing to do with the problem. The surgeons at Satna’s Sanjay Gandhi Hospital in the state of Madhya Pradesh rushed Khan to the operating room and proceeded to extract 263 coins, 100 nails, a hefty piece of rusted iron shackle, dozens of razor blades, glass shards, and stones from his stomach.
“The patient was complaining of stomach pain, so we thought of getting an endoscopy done. We were shocked to discover coins, nails, and nut-bolts in his stomach. It’s the first time we’ve come across such a case in our career. This man looks mentally unstable as no sane person would do something like this,” said surgical team leader Dr Priyank Sharma.
According to another doctor involved in the operation, it “was done in the nick of the time as some of the nails lodged had pierced his stomach, caused bleeding and resulted in loss of hemoglobin.”
Such things obviously don’t happen without a reason. Khan, a rickshaw driver, is thought to have mental problems.
According to his relatives, he might have developed the habit of swallowing metal objects after succumbing to depression. One family member said that Khan washed down coins with water whenever he felt compelled to ingest one.
It’s a miracle of sorts that the foreign objects gave Kahn no trouble in the beginning. A fatal outcome was narrowly avoided, and it now remains to be seen whether he will keep his promise to stop swallowing stuff that doesn’t belong in a human digestive tract.
Khan’s case may be astonishing, but it’s not the first one to hit the news. In 2015, a Bathinda farmer called Rajpal Singh had quite a collection of foreign objects removed from his stomach. 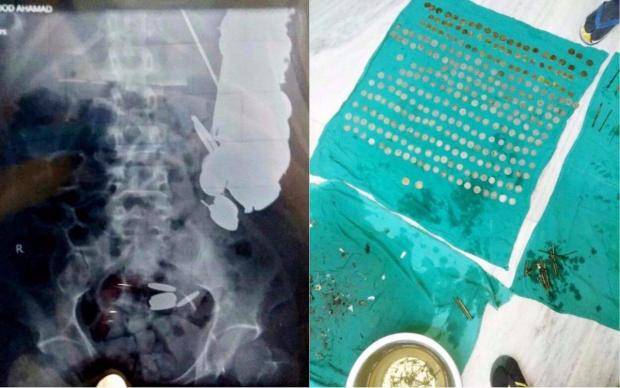 The surgeons took out 40 coins, 150 nails, some nuts, bolts, and batteries.
Similarly to Khan, Singh was suffering from depression and the weird eating habit was a result of it.
Medical Doctors in Shock as They Remove 263 Coins from a Man’s Stomach (Photo) was last modified: November 28th, 2017 by Arinze Ago