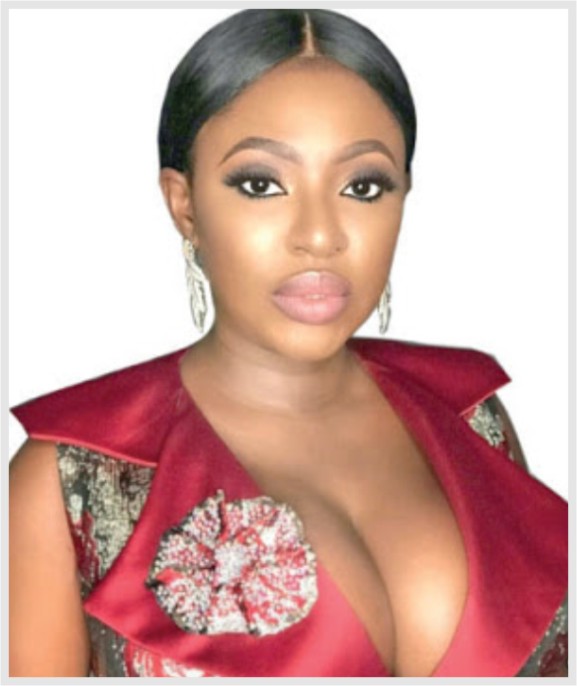 They are hot and beautiful actresses who have been gracing our screen lately. They feature in movies, especially blockbuster movies back to back and most producers can’t do without them.

These pretty ladies have become household names, if they are not in movies, lots of fans tag such movies substandard or low budget movies. They are highly talented and they interpret roles so perfectly. And this has equally earned them lots of mouth-watering endorsement deals. Their faces are on the jackets of movies, making the movies sell so fast than one can ever imagine. City People’s Senior Showbiz Reporter, ABIODUN ALAO, brings you 20 names of actresses producers can’t do without.

Beautiful Tana Adelana joined the movie industry over a decade ago and has been able to carve-a-niche for herself in the industry. She is also among the few actresses that have been able to combine the roles of a wife, mother and actress successfully together.

Lilian Esoro, started her acting career in 2006, she featured in the soap opera “Extended Family” but her role in the series “Clinic Matters” shot her to the limelight. She is currently rated as one of the most successful actresses in the industry. She has featured in over 200 movies and still counting, with different awards and endorsement deals to her credit.

Nancy Isime, is an actress, model and television personality. She started acting in 2011 with the television series “Echoes”. She has graced several magazine covers and has featured in lots of blockbuster movies winning with several awards home and abroad.

Ini Dima Okijie is often described by colleagues and fans as “Queen of Style”. This highly stylish actress rose to prominence after starring in the blockbuster movie “Royal Hibiscus Hotel” and TV show “Battleground”.

Besides being a good role interpreter, she always looks stylish and gorgeous, at every event.

Mary Lazarus is an actress, model and entrepreneur. She started her career as a model in 2002 and has worked with top brands such as MTN, Glo and others, before joining the movie industry in 2009. She is currently one of the most influential and highly sought after actresses in the industry.

Adesua Etomi started acting in 2012 and through hard work and dedication has become a household name. Besides being a fantastic actress, she is blessed with a beautiful face and flawless skin. She has featured in blockbuster movies such as Wedding Party 1&2, King Of Boys, Falling, The Arbitration and lots of others.

Bisola Aiyeola participated in the 2008 MTN Project Fame and came 5th. She became extremely popular after she became one of the finalists in the second season of Big Brother Naija.

Her acting career started when she met producer Malcolm Olanrewaju.

This beautiful mother of one is presently among the top leading ladies in the movie industry.

Ruth Kadiri, is an actress, producer and screenwriter. She ventured into the movie industry via the movie  Boy’s Cot, where she starred alongside stars like Nonso Diobi, Uche Jumbo, Jim Iyke and others. She is presently married and the union is blessed with a child.

Bimbo Ademoye is popular for her role in “Desperate House Girls”, but her role in “Backup Wife” gave her the big break in the movie industry.

She is one of the actresses currently rocking the movie industry, featuring in blockbuster movies back to back.

Yvonne Jegede is also a producer, model and television personality. She rose to prominence after she made a cameo appearance in the music video “African Queen” by 2face Idibia alongside Annie Macaulay Idibia.

She has featured in over 200 movies which include  Okafor’s Law, Gold Statue, Side Chic Squad, Single and Married, 10 Days In Suncity and lots of others.

Linda Ejiofor, happily married, is an actress and model, and her role in the Mnet TV series Tinsel, where she played the role of Bimpe, shot her to the limelight. She joined the movie industry in 2007 and has remained at the top of her career till date. She is equally married to an actor Ibrahim Suleiman.

Chelsea Eze came into prominence in her first movie titled “Silent Scandals”, where she acted alongside Genevieve Nnaji and Majid Micheal. Besides being an actress, she is also a model and a movie producer. She has bagged several awards and nominations, home and abroad.

Kehinde Bankole is a television host, model and actress. She officially made her debut in entertainment in 2003. She became the face of Lux in 2007 and during this period launched herself into the movie industry. She has also featured in lots of Wale Adenuga Productions. She is currently one of the highly-rated actresses in the industry.

Mercy Mac Joe is an actress and model who joined the movie industry in 2011 when she featured in a movie titled “The Lonely Princess”. She is currently among the most sought after actresses in the industry, with lots of endorsement deals with different popular companies.

Osa Ighodaro is another beautiful and highly talented actress. She started developing interest in the movie industry when she was 13 years old. She relocated to Nigeria from the U.S. in 2012 with the plan of just spending 6 months in the country, then she got a role in the popular TV series “Tinsel” and since then, she has been featuring in lots of blockbuster movies and stage plays. She is currently rated as one of the most influential actresses in the industry.

Efe Irele, a beautiful actress, model and video vixen is popular for Adekunle Gold’s video “Sade”. She usually features in lots of Iroko and Rok movies and series.

She is among the hottest actresses in the industry that producers can’t do without, and her role interpretation is top-notch.

Omowunmi Dada is an actress, producer, presenter and voice over artiste.

She is popularly known for movies like ‘Omugwo”, “Somewhere In The Dark and television series “Jemeji”.

Omowunmi is very creative and talented in acting and interprets roles perfectly. She is a graduate of Creative Art from the University of Lagos. She has proven to be a force to reckon with owing to her performances both on stage and in movies.

Kiki Omeili is an actress, producer, medical doctor and philanthropist.

She is best known for her role in the popular television series “Lekki Wives”, where she played the role of “Loveth” and a movie titled “Married But Living Single”, which was shot in 2012. She joined the industry in 2011 and has since remained at the top of her career.

Belinda Effah’s acting career started in 2005 in the television series “Shallow Waters”. While acting in the series, she decided to try the reality show Next Movie Star. Her participation in the show made her popular in the industry and has since remained one of the top-rated in the industry.

READ ALSO: JUST IN: HIP HOP STAR, MAYORKUN DROPS “UP TO SOMETHING” VIDEO

Just In: Hip Hop Star, Mayorkun Drops “Up To Something” Video

Revealed! 30 Actresses Who Live In Their...