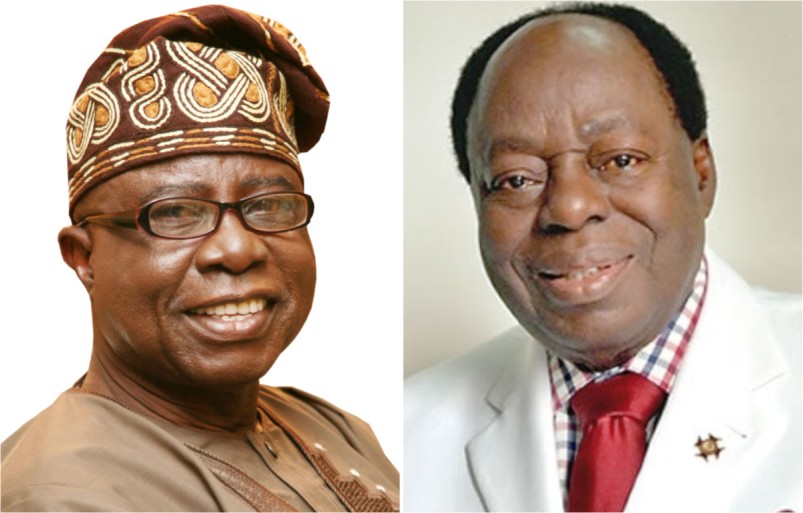 Ado local government area is one of the popular councils in Ekiti state and the City is the state capital of the state. Ado Ekiti has produced many notable and prominent sons and daughters who have made the state proud at home and internationally. In this report, City People’s Ondo/ Ekiti Correspondent ADEOLA SHITTU compiles names of notable personalities in Ado Ekiti. Enjoy

Talk of one prominent family in Ekiti state today and the Ajayi family will be mentioned. They have also played significant roleS in the development of the state. The founder of Little by Little Photo, Chief Ade Ajayi, is the most prominent member of the family.

The Adejugbe is one of the prominent and influential Royal Families who hail from Ado in Ekiti state. Aside from being one of the Royal families, they are known for their professional skills in all professional aspects. The first-class traditional ruler, Oba Rufus Adejugbe, the Ewi of Ado Ekiti is a member among others.

The Babatola from Ado Ekiti is one of the respected families, who play significant roles in the creation of Ekiti state on October 1st, 1996. Most prominent among them is High Chief Joel Babatola, former Minister of Agriculture and Minister for Justices in the defunct Western Region then and later Chairman, Ekiti State Council of Elders.

The Falegan family in Ado Ekiti is one of the extended families who are influential and popular in the land of honour. Members are spread across the state and even outside the country. Prominent among them are: PDP’s Stalwart, the late Chief Ojo Falegan, Otunba Olukayode Sunkanmi Falegan, Otunba Ayo Falegan (he contested for House of Reps under Labour Party in the last elections, Asiwaju Falegan Shalom (Gospel Artiste), Rev. Mrs  Helen Oritsejafor, is a wife of the former President, Christian Association of Nigeria, CAN, and the founder of Word of Life Bible Church, Warri, Delta State, Pastor Ayo Oritsejafor among others.

THE FAJUYI OF ADO EKITI

Fajuyi is one of the great, famous families in the history of Ekiti state and Nigeria. Members from Ado Ekiti had contributed a lot to the development of the state, which led to the state naming a fun park after the family. The family was made popular and famous by the late Lt.-Colonel Francis Adekunle Fajuyi, who was the 1st Military Governor of the defunct Western Region and 1st Nigerian to be awarded British Empire Medal, late Hon. Dayo Fajuyi, former Chairman of Ado Ekiti, among others was a member.

The Afe Babalolas is one of the prominent families from Odo-Ado Ekiti. Members have contributed and played significant roles in the development of the state and Nigeria in general. The Afe are known as administrators of repute and they are actively involved in both domestic and international arbitration, respected and recognised all over the world. Prominent is the eminent Lawyer, Chief Afe Babalola (SAN), Founder Of Afe Babalola & Co. (A.K.A. Emmanuel Chambers), Former Pro-Chancellor of the University of Lagos, And Founder of Afe Babalola University, Ado-Ekiti (ABUAD).

The Adelabu is another popular royal family in Ado Ekiti. Members are educated, sociable and famous in the town. A former Deputy Governor of Ekiti State and a renowned professor from Obafemi Awolowo University, Her Excellency, Modupe Adeola Adelabu and Regent Omotunde Adelabu, a former Commissioner of the Local Government Service Commission, among others, are prominent in this family.

Another name that rings a bell in Ekiti state is the Famuyibo, member are influential and well-respected socialites, who have influenced the politics of the state. Among them is a former Governorship and Senatorial Candidate, Otunba Reuben Famuyibo.

The Fasuba is among prominent families in Ado Ekiti. Members are very popular in the political and social circle in the state. They have been in politics for long. Prominent among them was the late Kehinde Fasuba, twin brother of Taye Fasuba, a former Caretaker Chairman of Ado Local Government Council and an ANPP’s House of Reps candidate.

THE FAMUAGUN OF ADO EKITI

Another prominent family in Ado Ekiti is the Famuaguns. Members have contributed to the growth of the state. The late deputy governor of Ekiti state, Mrs. Funmilayo Adunni Olayinka, is one of the proud daughters from the Famuagun family.

Ojudu families are one of the prominent families in the state. They are very religious and have also played a significant role in politics of the state, former Ekiti Central Senator and SA Political to the President, Senator Babafemi Ojudu is the most influential.

Former Deputy Governor, Alhaji (Dr) Sikiru Tae Lawal and the 2018 Labour Party Governorship Candidate, who also is the Baba Adinni of Ekiti land is from the Lawal family in Ado Ekiti.

The Egbeyemi family is one of the famous families in Ado town who had contributed to the development of Ado Ekiti both socially and politically. The present Deputy Governor of the State, Otunba Bisi Egbeyemi is the head of this family.

Senator Festus Olabode Ola, the immediate past Chairman, Ekiti SUBEB and a former senator is one of the successful and prominent sons of Ado Ekiti, who has contributed and served his fatherland.

Another prominent family in Ado town is the Ajisafe family. This family have produced many successful sons and daughters of which a former Ado Local government chairman and former commissioner I Ekiti state teaching service Commission, Chief Mrs Tosin Ajisafe – Aluko, is a member of this family.

The Jinadu family is another big name in Ekiti state. Members have contributed to the growth of the state. The current commissioner for Special Duties & Regional Integration to Ekiti state government among others.

Hon Olusola Fatoba,  representing Ekiti Central Federal Constituency 1, in the House of Reps, is one of the prominent members of the family. Though there are other Fatoba families in Ekiti state, but Hon Olusola Fatoba is from Ado Ekiti.

READ ALSO: CELEBRITIES IN THE MOVIE INDUSTRY ARE MORE BROKE THAN THEIR FANS – KUNLE AFOD