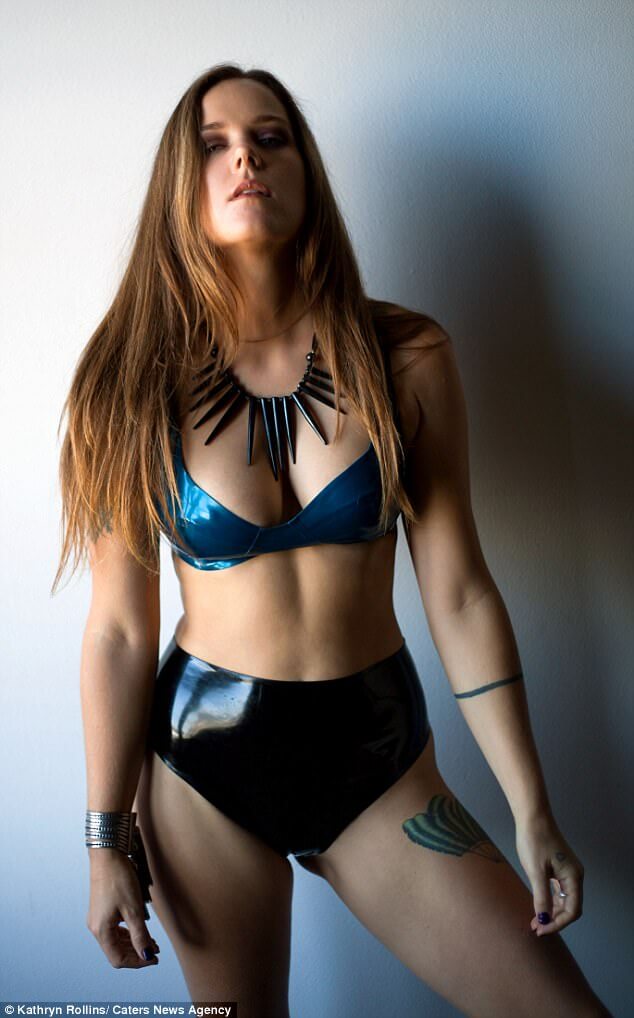 For Shaney, arousal can come from things as subtle as a gust of wind, which is a feature of eco-sexality – the seeking of sexual gratification in nature.
Her clients are taught rituals like praying at love-altars, erotic dance workshops and using crystals and s*x toys to heighten sexual climaxes. She also casts spells – known as s*x magic – to deepen feelings of sexual pleasure.
Shaney, who now lives in Melbourne, said: ‘I’m in a heterosexual relationship but I’m open to explore life so I could be described as pansexual. I’m also eco-sexual, which is about being turned on by the elements.
‘It can mean surrendering to pleasure such as the winds blowing on your skin. The elements are important to witches and shamans alike.
‘Spell crafting can involve boosting pleasure. It is is one of the most powerful forces you can experience. It’s like rocket fuel for manifestation.’
Shaney’s services also extend into face-to-face sexual coaching and even Skype consultations – a modern twist on ancient traditions. She said her mostly-male clientele – who span the ages of 20 to 70 – are in the hundreds, but that number is rising as people trade religion for spirituality.
Shaney said: ‘Australia has a big movement, especially in Melbourne and Byron Bay, of spiritual sexuality. More and people are starting to dip their toes in it. ‘There is a history of misinformation about witchcraft and paganism, but people are curious and spirituality is slowly replacing religion.’
Shaney said beyond the bedroom, her services can offer therapeutic qualities to victims of depression and trauma.
She added: ‘Some people can definitely use spiritual pathways to cure trauma. But it must be done tenderly. We are ultimately sensitive and gentle beings.
‘One of my clients was suffering from severe depression. He said after six sessions, he felt more growth than he got from years of psychiatric therapy.’
Shaney is this month taking her s*x witch services across Amsterdam, London, Berlin and Ireland for a European tour.
Meet the Former Prostitute Who Now Counsels Couples and Using Witchcraft to Boost Orgasms (Photos) was last modified: September 4th, 2017 by Arinze Ago