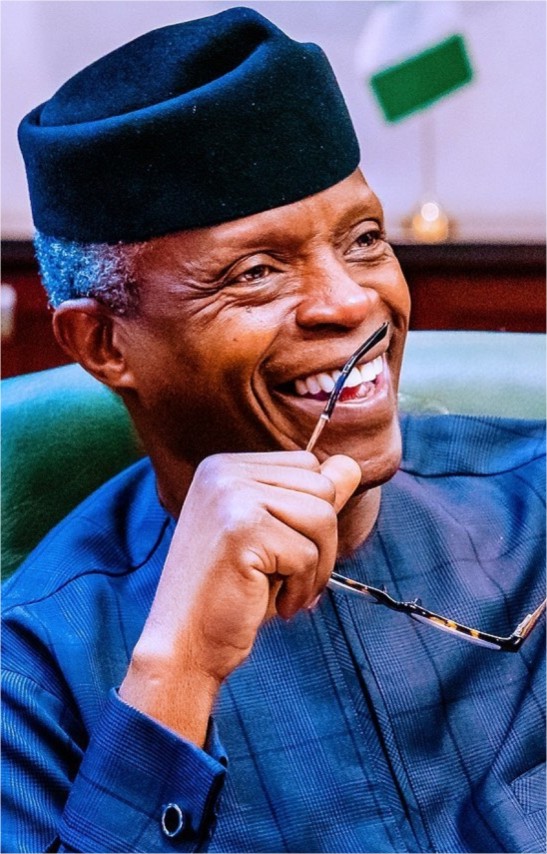 The vice president of the federal republic, Prof. Yemi Osinbajo may have been one of the latecomers in the presidential race before the primaries, but his expanding network of supporters across the country has proved a point that he is one aspirant that cannot be underestimated. The Vice President went public with his intention about 3 months after Asiwaju Bola Ahmed Tinubu and the elder statesman and party leader make a declaration in Abuja, and within the month, it has seemed like he has been campaigning for over a year.

City People is unveiling the major political handler, who has made the aggressive campaign meaningful and appreciable by the pro-Osinbajo crusaders. His name is Senator Kabiru Ibrahim Gaya.

Senator Kabiru Gaya is one of the most powerful forces that is recognized and respected in the current political space. His network and tentacles of power span from the northern region to the southern bloc.

The above strength of Senator Kabiru Gaya aptly explained why VP Yemi Osinbajo has successfully gained entrance and acceptability of the northern populace. He has been travelling from Kebbi to Katsina, from Kano to Kaduna, and from Niger to Bauchi and has experienced nothing short of assured support and royal backings. Who then is Kabiru Gaya and how did he control such huge influence in Nigeria’s political sphere. Senator Kabiru Gaya serves in the Senate of Nigeria since 2007 representing the Kano South constituency of Kano State. He is a member of the ruling All Progressive Congress.

Kabiru Ibrahim Gaya was elected to the Senate for Kano South in 2007. He was appointed to committees on Gas, Local and Foreign Debt, State & Local Government, and Upstream Petroleum Resources and Works. In a mid-term assessment of the performance of Senators, ThisDay newspaper noted that he sponsored the Finance Management and Accountability Bill, 2009, and the Millennium Development Agency Bill, 2009. He co-sponsored five motions and contributed well to debates in the plenary.

In May 2008, as Chairman of the Senate Committee on Works, Kabiru Gaya lamented that some projects were going very slowly, but said the Senate would never subscribe to the idea of privatising Nigerian roads.

In November 2009 he supported a motion by the Kano chapter of the ANPP to allow the state governor, Ibrahim Shekarau, to nominate the ANPP candidate for the 2011 governorship elections. The presumptive nominee was Sheikh Ibrahim Khaleel. Kabiru Gaya ran for election as Senator for Kano South on the ANPP platform in April 2011 and was reelected. Gaya was the Senate’s Deputy Minority Whip from 2007 until 2011. He was re-elected three times to the Senate in the 2011, 2015 and 2019 elections. Senator Gaya has never lost an election since he joined active politics over 30 years ago, and he has never supported any politician who eventually lost, according to record.

Senator Gaya’s influence on VP Osinbajo’s candidacy cannot be overemphasised. Aside from the fact that he is a serving senator in the 9th senate, he is the Chairman, of the Senate Committee on the Independent National Electoral Commission (INEC), and nothing the INEC can do outside his purview without assessing and approving as a matter of national interest. He sits as the chairman of The Progressive Project; a platform created to amplify VP Osinbajo’s campaign network.

The senator said he is confident that Osinbajo would succeed President Muhammadu Buhari in 2023. “Without an iota of doubt, I am certain that all the knowledgeable people here can attest to the qualities and competence of Professor Yemi Osinbajo

“You will also agree with me that his chosen method redefines presidential declarations in Nigeria; he has clearly signalled that noble citizens have no need to descend into gutters – no touts were hired by anyone and his message effectively reverberated across the entire country and the diaspora. Our populist mathematics is flawless and very strong; moneybags within or outside APC will only lose their dollars in any contest against the people’s will.”, he said.