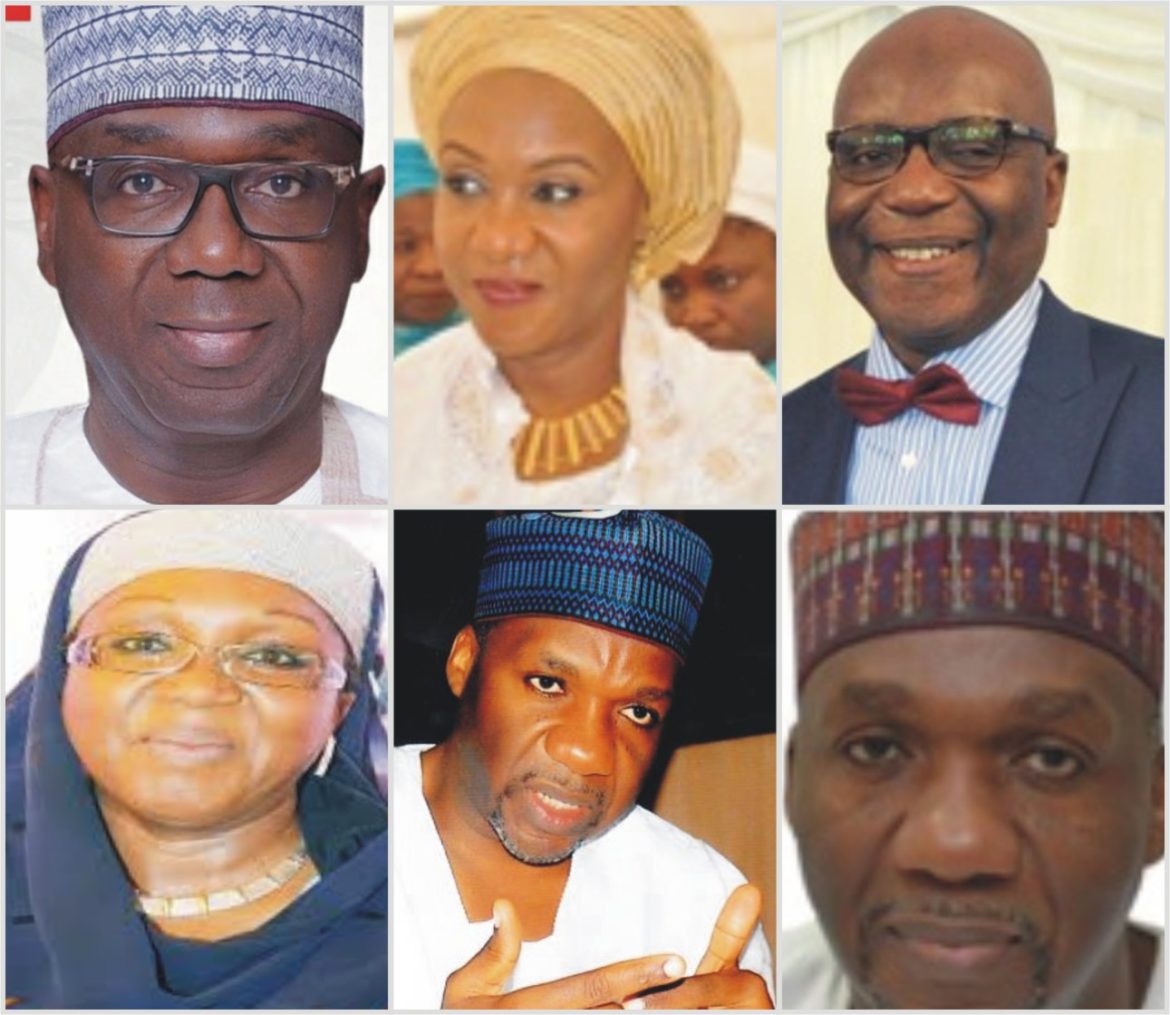 In the last few weeks, one prominent family name in Kwara which has been on the lips of several people across the country is that of the Abdulrasaqs family. The family is one of the powerful family in Kwara State. The patriarch of the Abdulrasaqs family, a billionaire nonagenarian lawyer, former President of the Nigerian Stock Exchange and former commissioner in Kwara, Alhaji AGF Abdulrasaq SAN has placed his family name on a high pedestal and his children have also taken after him. He holds the prominent traditional titles of Mutawalin Ilorin and Tafida of Zazzau (Zaria), they come from Ilorin West local government, which is in the Kwara central senatorial district of the state.  He gave birth to 7 children and one of them is the Kwara Governor-elect, Abdulrahman Abdulrasaq. His other 6 siblings, 3 men and 4 women are also big shots in their respective fields. Their mum, Alhaja Raliat Abdulrasaq is sort of a disciplinarian and a strong woman. They were all brought up in a Muslim way. They are highly read and their CV is very intimidating. The live the best of lives and their spouses are also from a rich pedigree.

The firstborn and heir apparent is Dr Alimi Abdulrasaq. The very wealthy and self-effacing erudite owns the reputable Bridge House College Ikoyi with his wife, Foluke in Lagos. He serves as a managing partner of a law firm, House of Laws. He is also the new Chairman of the National Iron Ore Mining Company Limited, NIOMCO, Alimi Abdul-Razaq is a man of many parts is a member of the Presidential Policy Advisory Committee (PPAC) on Defence and Security, member of the National Steering Committee and the Kwara State Co-ordinator of the Obasanjo Campaign Organisation (OCO). He went to Capital School, Kaduna then to St. Gregory College, Obalende, Lagos, attended of Hull; Ahmadu Bello University; Nigerian Law School; Harvard University, Imperial College London, University of Florida and Georgetown University. He is a graduate of Law at the Ahmadu Bello University, Zaria. He was called into the Nigerian Bar in 1978. He is the MD of Zaki Ventures Ltd, MC Securities Ltd and director at First Fuels Ltd, Kwara State Investment Company Limited and Gateway Insurance Company Limited. He was a Gubernatorial Candidate, Peoples Democratic Party, Kwara State in 1999. It was gathered that Alh Alimi Abdulrazaq was the one who brought PDP to Kwara state and funded the party and its elections. His wife, Foluke was the Acting Chief Executive Officer and Executive Chairman of the CBN and NDIC. She was also an Executive Director at UBA.

His immediate younger brother is the current kwara governor elect, AbdulRahman Abdul-Razaq who is the CEO of an Ivory Coast-based oil and gas company, first fuels Ltd. He attended various institution from primary to higher institution. The journey to fame actually started when he ventured into importation of petroleum products at relatively young age. The accrued businessman and philanthropist turned politician at a time in 2011 ran for the office of Kwara governor under the defunct Congress for Progressive Change (CPC), a party founded by the country’s incumbent President Muhammadu Buhari but lost. Born in Zaria into the family of the first lawyer from the country’s northern region, he attended Capital School Kaduna, Bishop Smith Memorial School Ilorin and Government College Kaduna.

As a young man, Abdul Rahman opted to become an entrepreneur. Hence he makes no pretence to higher educational degrees save for several short executive management courses. Abdul Rahman’s innate entrepreneurial spirit drove him to making history at the age of 31 when he founded Nigeria’s first indigenous oil and gas trading companies, NOPA Oil Services and First Fuels, the first indigenous company to lift crude oil and petroleum products to the United States, Europe and Asia. His success story inspired other young people who also have become accomplished oil & gas magnate. He is a consultant to various multinational oil companies and governments including Ghana and Cote D’Ívoire.He is married to Folake Abdulrasaq, the Minister/Head of Consular, Education and Welfare, Nigeria High Commission in London.

The 3rd son, Mallam Isiaka Abdul-Razaq is a chartered accountant and lawyer and currently the Chief Operating Officer, Finance & Accounts in the Nigerian National Petroleum Corporation.  He is a holder of B.Sc (Hons) Mathematics, LLB (Hons) and MBA degrees.  He also holds professional qualifications of ACCA, ACA, ACS, FCCA, ACIT and FCIT.  Alh. Abdulrazaq is at present the Group General Manager NNPC Capital.  He had previously worked with PHCN, Debt Management Office in the Presidency, Al-Dahab Consulting Limited, NNDC and Coopers and Lybrand, Chartered Accountants.  While in NNDC, Alh. Abdulrazaq rose to the position of Financial Controller. Also, there is my brother, AbdulRauf Abdul-Razaq, a businessman in the food and hospitality sector who run many conglomerates

The three sisters are Senator Khairat Abdul-Razaq-Gwadabe who is a lawyer and an immediate past Senator representing the Federal Capital Territory, Khairat Abdulrazaq-Gwadabe was elected Senator for the Abuja Federal Capital Territory constituency, Nigeria at the start of the Nigerian Fourth Republic, running on the People’s Democratic Party (PDP) platform. She held office till 2003. She studied law at the University of Buckingham. After taking her seat in the Senate she was appointed to committees on the Environment, Health, Women Affairs (chairman), Federal Character, Tourism & Culture and Federal Capital Territory. She was also a member of the Panel of Review of Nigeria Customs and Excise. Her husband, Colonel Lawan Gwadabe, was former military governor of Niger State.

Rissquat Abdul-Razaq Igue is also a prominent woman who does real estate in the neighborhood co, cotonou. She is a Cotonou-based property developer and oil trader. Another of the sisters is Hajiya Aisha Lawal who is a biochemist, stockbroker and former first lady of Kwara State. He was married to former Kwara governor, Late Mohammed Alabi Lawal. She is the fifth child of her parents. She attended St. Joseph’s Primary School, Ilorin, and also went to Queen Elizabeth Secondary School, Ilorin before she proceeded to Ahmadu Bello University (ABU) Zaria. She was also at the College of Advanced Studies where she did IJMB, she has a degree in Microbiology and did her Youth Service at Shell before she moved to Lagos. The experienced banker had worked with Chartered Bank for 10 years.