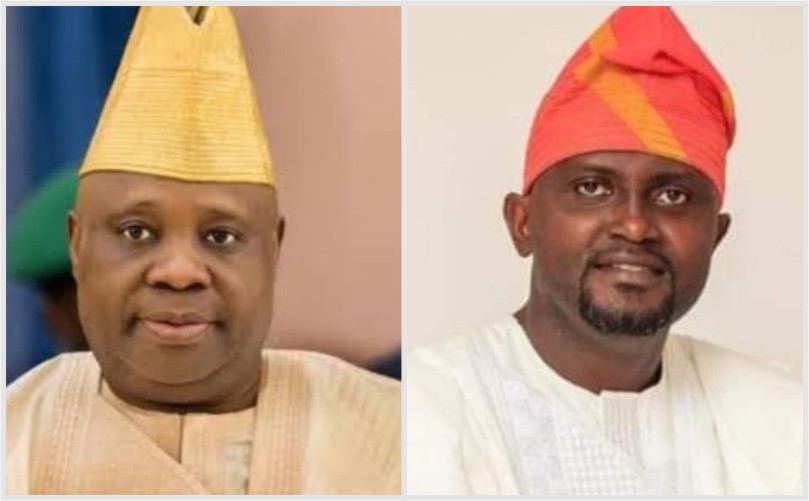 The race for Abere Government House in Osun State is getting interesting by the day. As the tenure of the incumbent governor, Alhaji Gboyega Oyetola ends by 26th November 2022. Political parties in the state are expected to conclude their primaries between 16th February and 12th March 2022, according to the election timetable released by the state’s Independent National Electoral Commission (INEC).

So all things being equal, the Osun State gubernatorial election has been fixed for 16th July 2022. Already, stakeholders across different political parties in the state, especially the All Progressives Congress (APC) and Peoples Democratic Party (PDP), as expected, have since embarked on serious consultations and have started lobbying those that matter across the length and breadth of the state and even at the national level. Ekiti and Osun States will be in focus in 2022, those are the two South-West states to have guber elections.

Though Governor Oyetola hasn’t declared his intention to recontest for a second term but his body language and that of his party has said it all. No aspirant has shown interest to contest from his party.  What it means is that Oyetola is most likely to be a sole candidate under APC, to battle with whoever emerges as a PDP candidate and others from other political parties.

The election, no doubt, will be more interesting because as much as the major opposition party in the state, PDP is battle-ready to send Governor Oyetola and his PDP party packing come 2022. The APC are also ready to do everything humanly possible to retain power. That, of course, is why the two parties are trying hard to resolve the intractable differences within their respective political parties ahead of the 2022 guber race.

Already, all kinds of political intrigues are playing out. While some political watchers in the state are of the strong opinion that the alleged rift between the immediate past governor of the state and now the Minister of Interior, Ogbeni Rauf Aregbesola and Governor Oyetola, as well as many other internal crises, if not properly settled, may have negative effects on chances of the ruling party in the coming election. The opposition party, PDP on the other hand also have their own internal crisis. One of the many examples that the party may even have rancour within it is, the new twist being introduced into the whole thing. As Dele Adeleke has picked the PDP form to contest the party’s guber primaries alongside his Uncle, Senator Ademola Adeleke.

With this new development, however, the number of aspirants who had picked PDP Expression of Intent and Nomination Forms to battle for the guber ticket in Osun State now stands at 6. The issue of a merger, alignment and realignment can’t also be ruled out before and after primaries. All these and many other issues are the reasons the Osun State guber election will be very interesting come 2022.

It would also be recalled how APC in the state almost lost the 2018 guber election. How the election led to a rerun before the ruling party, APC eventually won. A major factor claimed to be responsible for such poor performance by APC in 2018 is the rift between Oyetola and Aregbesola.

In this special report, City People’s DARE ADENIRAN presents to you the list of aspirants who want Governor Adegboyega Oyetola’s job come 2022. Interestingly, about six of these aspirants have already purchased their intent and nomination forms, to contest PDP gubernatorial primary election. Read on.

Senator Nurudeen Ademola Adeleke seems to be back and better as far as the 2022 Osun guber race is concerned. He recently bagged a Bachelor’s degree in Criminal Justice from Atlanta Metropolitan State College, USA. That, according to his camp, should settle all doubts about his academic

qualifications. Adeleke was the senator who represented Osun West Senatorial District, between 2017 and 2019, having won the by-election for the post after the death of his elder brother, Senator Adetunji Adeleke in 2017. He is the PDP guber candidate in the 2018 election. He was so close to becoming governor. The Ede-born businessman cum politician is believed to be the major contender in the race who give the incumbent a good fight once again. He has the family name and the financial wherewithal going for him. He is 61. There are strong indications that he may win the Osun PDP guber ticket once again. Ademola Adeleke is said to be the first aspirant in Osun PDP to have purchased his Expression of Intent and Nomination Forms in Abuja. Adeleke is from Ede North Local Government in Osun West Senatorial District.

Akin Ogunbiyi is a major factor as far as Osun PDP gubernatorial primaries and the main election are concerned. He contested the same ticket with Ademola Adeleke in 2018 and was defeated with only 7 votes. He has since gone back to the drawing board and becomes more mature politically. He has a good name, financial capability and impeccable academic CV going for him. He is an insurance guru, the Chairman, Mutual Benefits Assurance Plc. He’s a community builder and a great philanthropist from Ile-Ogbo, the headquarters of Ayedire Local Government, Osun State. His local government falls under Osun West Senatorial District. He’s 59. Akin Ogunbiyi is an Associate of the Chartered Insurance Institute, London. He trained in insurance in NICON. He then joined the Finance and Insurance Experts Limited, a multi-disciplinary consultancy firm. He is a pioneer Associate Director. Ogunbiyi is a fellow of the Institute of Directors. He serves on the board of the Infrastructure Bank Plc and other Companies. He has since picked his form and is ready to contest again.

Sanya Omirin is not a new name in Osun politics. He has a very rich CV both politically and academically. He is a former Secretary and former Chairman of Atakumosa East Local Government Area of Osun State. He is also a former Federal Commissioner with Revenue Mobilization Allocation and Fiscal Commission. Omirin is a well-loved grassroots politician from Ijesa in Osun East Senatorial District. He has procured his forms ahead of the Osun PDP primaries.

Another potential PDP aspirant is the former Secretary to Osun State Government (SSG), Alhaji Fatai Akinade Akinbade. He contested for the PDP guber ticket in 2018 but felt cheated. He decamped to African Democratic Congres (ADC), where he emerged as their gubernatorial candidate in the 2018 election. He is back in PDP and has shown interest in the race again. He is from Ogbaagba in Ayedire Local Government Area of Osun State. He is from Osun West Senatorial District. Akinbade was a three-term Commissioner under the military regime before his appointment as Secretary to the State Government (SSG) in 2003, a position he held until November 2010. Akinbade has contested the Osun number one seat twice. He contested under the Labour Party (LP) and African Democratic Congress (ADC) platforms in 2014 and 2018, respectively.

Dele Adeleke is Senator Ademola Adeleke’s nephew. His coming into the Osun guber race has raised all kinds of dust. While some say he is likely to be a spoiler for his Uncle in the primaries, those in his camp have been telling whoever is cares to listen that he’s more than ready to try his luck. The financial expert, it was gathered, has not only started consulting political leaders of the party in the state but has since picked the intent as nomination forms. Dele is said to be a PDP agent at the headquarters of the Independent National Electoral Commission (INEC) during the collation of the 2018 governorship election results. He was also a Prosecution Witness during the election petition tribunal.

Though it’s not clear whether he has picked his forms or not. But Tosin Abiola is a vibrant young man who has signified interest to run for the Osun number one seat under PDP come 2022. He is a technocrat and a promising young politician. Oluwatosin Abiola is a graduate of Obafemi Awolowo University, a Chartered Accountant from Ilesa West Local Government of Osun East Senatorial District. “I am coming into this race with three decades of hard-earned working experience in corporate financial re-engineering, project management and human resource management.

“My professional qualifications and proven track record of practical industry exposure have prepared me for challenging situations like the one Osun is presently mired by. I am eminently qualified, competent and ready to undertake the reengineering and repositioning that Osun so urgently needs,” Tosin Abiola stated while speaking on his aspiration in Abuja the other day.

MKO, as he’s popularly called within the political circle in Osun State, is a guber aspirant under Youth Progressives Party (YPP). He has been preaching to the youths across the nooks and Crannies to be actively involved in politics ahead of the 2022 guber race.

He’s a guber aspirant under the New Nigeria Peoples Party (NNPP) in Osun State. Bukola Opeseitan is well-read and one of the vibrant, resourceful youths around. He has vowed to give the race his possible best. According to the Chairman of the party in Osun State, Dr Tosin Odeyemi, “NNPP is well equipped and prepared politically to send Governor Gboyega Oyetola packing from the Abere Government House come 2022.

ADEDUNTAN: FIRSTBANK IS RESILIENT, STABLE AND BUILT FOR THE LONG HAUL

If TINUBU Doesn’t Declare, We Will Declare...