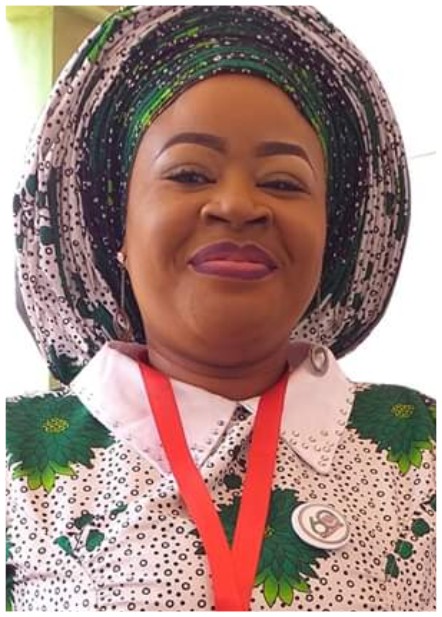 Over the years, Fiwasaye Girls Grammar School (FGGS) has proved to be one of the best schools in Ondo State and South-west, Nigeria. The school, which was established in 1960, is one of the leading government-owned, secondary schools in the Sunshine state and it has produced generations of great, bright and outstanding persons who are doing fine in their respective professions in the country and abroad.

It was designed for girls to come and learn and also acquire skills and values that will enable them to be successful in life. The school is located in the heart of the state capital, Akure in Ondo State. Between when the school was established till date, Mrs. Taye Bola, the current principal of the school, is the 12th, principal at the helm of affairs. The first principal was the late Ms. Pelly, who was approached them by CMS Missionary, Miss Joyce Herklots for the job. Pelly was 28 years old then. She started the school  1960, and served for 13 years and Yellow house was named after her.

She was succeeded by Ms. Shelia Davies. Mrs. V.M Kolawole, the first indigenous principal of the school in 1979, was on the seat till 1982.  Mrs. Alakuro was also a principal among others. The first two principals were missionaries from Britain. In the last 60 years, the school, has produced more than 4,000 students. Fiwasaye Girl’s Grammar school, it was learnt, has the largest student population in the Sunshine state and its standard of education is high as that of Queens College, Lagos.

The school was established back then to promote female education in Nigeria. It endeavours to prepare girls to excel in a public sphere that is normally dominated by men. The vision was to continue to teach and inspire its students to be unique, develop a strong character in excellence and to strive to live a life of integrity and purpose every day. The history of Fiwasaye Girl’s Grammar School would not be complete without mentioning the input of the  founding fathers like the late Bishop Falope, Late Bishop Okusanya, late Chief B. F.A  Adinlewa, with his wife who approached the Anglican Communion on the need for a girl school. Chief R.F. Fasoranti is the only  living founding father.

In celebrating the diamond jubilee of the school, the old Girls association of the Fiwasaye Old Girl’s Association (FOGA) headed by Mrs. Tawio Kolawole, the Chairman, Anniversary Committee Planned a week-long  activities for the celebration in style. The activities started on Monday, 27th January 2020, with a condolence visit to her Excellency, Arabirin, Betty Anyanwu Akeredolu. On Tuesday, 28th January, 2020, they paid a courtesy visit to  Deji of Akure, Oba Aladetoyinbo and it was the day the diamond jubilee  was officially declared open by the Ondo State Commissioner for Education, Hon Olufemi Agagu, after which a symposium took place at the school hall.

The match ended in 3-2 as the FOGA defected the Oyemekun Boys. On Friday, 31th January, school projects were commissioned by the state governor, Arakunrin Oluwartimi Akeredolu (SAN). It is also  on record that  every anniversary at Fiwasaye Girls Grammar School, there is always a project to showcase.

It’s on record that during the 40th and 50th anniversary, the school compound was fenced with a befitting school gate among other projects. During the golden jubilee celebration Fiwasaye Old Girls association (FOGA) donated 50 computer systems to boost the school’s Information Communication Technology (ICT).

So, for the Diamond Jubilee, the star project was the construction of internal road network. 300 members contributed, but  it was sponsored by the state government.   That was why  the fund raised for the star project was later used to complete other structures in the school. The one-week event ended with a dinner/award nite on Saturday, 1st February 2020 and anniversary thanksgiving on Sunday, 2nd February, 2020.

The Old Girls association literally shut down the state for one week as over 300 old girl came. Some  flew in from USA, UK, Canada, while representatives from various state were not left out.

Mrs. Ohwofasa Oluwasola, Mrs Funmi Olotu, Mrs Kemisola Isinomen Akintokun, Chief (Mrs.) Ibilola F Alao she was the 3rd Senior prefect in 1967,  Arch Sola Oni among others.  There is no doubt that Fiwasaye Girls Grammar School has achieved a high level of academic success over the years and it is still soaring till date. Its alumni include judges, doctors, engineers, lawyers, administrators, etc, spread all over the world including the United States, United Kingdom and other countries. Fiwasaye old girls are all over the globe making  impaction the world in accordance to the school’s motto “Fi iwa se aye re” is a watch word for all FOGA .