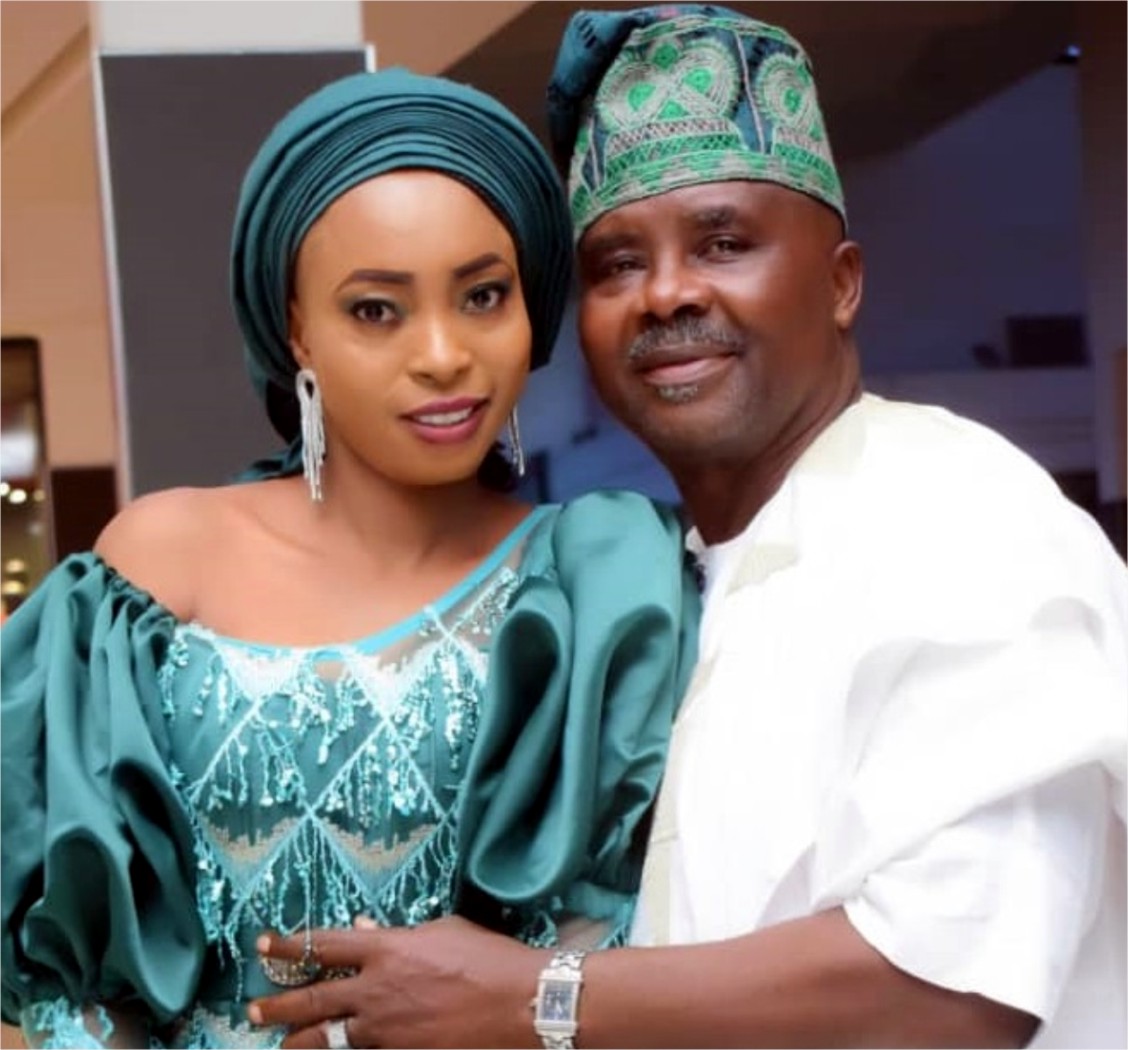 Within Ibadan social circuit, Alhaji Akeem Ajimobi, the younger brother of  Oyo State ex-Governor, Senator Abiola Isiaq Ajimobi, needs little or no introduction. He is one of the happening Ibadan Socialites of Nite. He has always been very popular even before his immediate elder brother became a governor. Akeem Ajimobi is a politician,  businessman and a socialite. There is no rich Ibadan big boy who doesn’t know him.

Well, that is not the gist here; the real gist is that this popular Ibadan Big Boy in his 50s has taken a fresh shot at marriage.

Alhaji Akeem got married to another Ibadan big babe called Hajia Sekinat Adeniyi amid pomp and pageantry a few weeks ago . Of course that was not his first marriage. He was  married before, but the marriage packed up owing to irreconciliable differences with his first wife.

Alhaji Akeem has being single for over 20years until he took that bold step to formalise his relationship with Hajia Sekinat Adeniyi. The relationship which was kept under wrap for many years came to the open, over 4 months ago when the wedding invitation cards come out.

The wedding ceremony  was held at a popular Horizon Suite, I Isaac Boladuro Street, off 7up Road, Oluyole Estate Ibadan.

The wedding was not just classy, it was a talk of town. All the happening Ibadan big babes stormed the event for Sekinat Adeniyi. She is one of the most sought-after celebrity designer in Ibadan.

Few weeks ago, Akeem Ajimobi who is very close to King Wasiu Ayinde Marshal, was spotted at Alaafin of Oyo’s palace. He was one of the powerful Ibadan celebrities who stormed Oba Adeyemi Lamide (Alaafin of Oyo)’s palace for Kwam 1 “Mayegun of Yoruba land” Coronation.

A few minutes past 11am, he was seen chatting with Alhaji Tunde Borokini, Seriki of Otaland, Oba Abiodun  Egbadero to mention a few.

Akeem Ajimobi who has once granted this magazine interview was asked why he decided to take a shot at marriage again after being divorced for many years. This words. “Why won’t I remarry. I have being single for over 20years after my first wife and I went our separate ways. I can’t be lonely all my life. I am happily married to my best friend of many years.” He revealed.

Why I Remarried After 20 Yrs Of Divorce – Ex-OYO Governor, AJIMOBI’s Younger Brother, AKEEM was last modified: February 18th, 2020 by Reporter

Why I Am Not Getting Married To...

The Other Side Of OMONI OBOLI Many...