Meet The 19 Northern 1st Ladies We Don’t Talk About 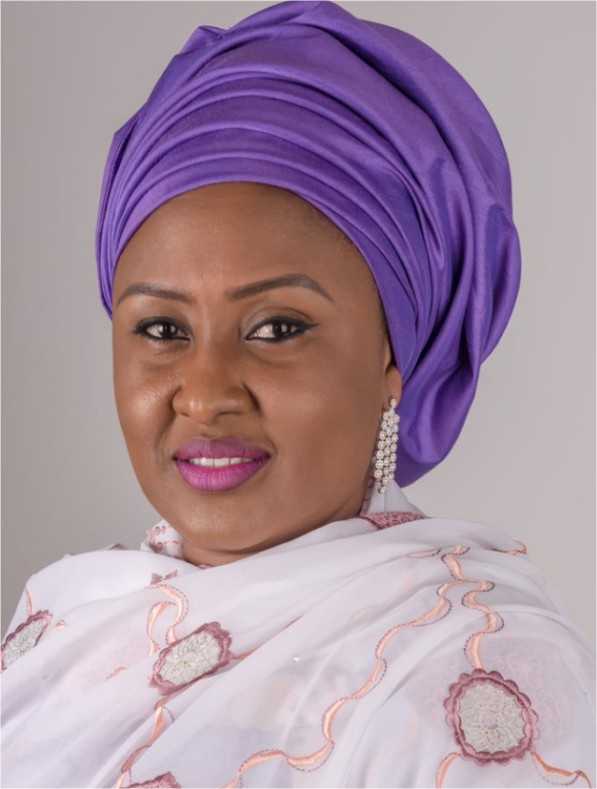 +How They Run Their States With Their Husbands

In the north, there are many beautiful first ladies whose pet projects have continually helped the vision of their husbands as Governors. There are 19 of them who are from the North and they operate together under the aegis of  Northern Governors Wives Forum, a movement which brings all of them together as one. Many of them are at the forefront of the pet projects in their state and are doing well at it. Below Society Editor, TAYO FAJORIN OYEDIJI reveals northern first ladies we hardly talk about and who are making waves in their states.

The first lady of Kwara State is all shades of beauty. Her husband is Gov. Abdulrahman Abdulrasak. Born with a silver spoon into the prominent Davies family of Lagos. Her late father, Hezekiah Davies, was a trained journalist and prolific writer. Not just one with a pretty face, she has got a first-class brain too. She beautifies herself with exquisite clothes and accessories. She also wears lovely and unique glasses that give her the look of a boss. Olufolake, is presently the minister/head of consular, education and welfare, at the Nigeria High Commission in London. At different times, she had been the assistant director, Ministry of Foreign Affairs, Abuja, Nigeria; assistant director, Embassy of Nigeria in Paris; Minister Counsellor, Ministry of Foreign Affairs, Nigeria; Senior Counsellor at Nigeria High Commission, Pretoria; Counsellor at Nigeria High Commission, London, and Third Secretary at the Ministry of Foreign Affairs, Lagos Liaison Office

Madam Eunice Erdoo Ortom is the first lady of Benue State, the beautiful wife and grandmother is married to the Governor-Elect, Chief Dr Samuel Ortom is a philanthropist, businessman, politician and administrator. He was a Minister of State Trade and Investment and later cross carpeted parties. Their marriage is blessed with ten children and three grandchildren.

She is a Consultant Paediatrician and doubles as both the Medical Director and Chief Executive Officer of Medicaid Radio-diagnostics, Abuja. She is one of the children of Alhaji Umaru Shinkafi who was the head of the Nigerian Security Organisation (NSO) during former President Shehu Shagari’s administration in the 1980s. The Kebbi Governor, Abubakar Bagudu also has another wife, Hajia Aisha Bagudu.

The first lady of Kaduna was born in Kano and raised in Kaduna, Mrs Hadiza el-Rufai is a graduate of Architecture from Ahmadu Bello University, Zaria, Kaduna State. Two years ago she bagged an MA in Creative Writing in the United Kingdom. Gov. Nasir El Rufai has 2 other wives.

She is the founder of Hope Afresh Foundation, which focuses on women, youth, children, physically challenged and vulnerable, particularly the unreached, all in a bid to impact positively on their livelihood. She recently disclosed that the foundation had gone into partnership with the Central Bank of Nigeria (CBN) to train 220 unemployed youths in the state. She is a law graduate from the Ahmadu Bello University (ABU) and was once the chairperson of the International Federation of Women Lawyer’s (FIDA).

The Wife of the Niger State Governor, Dr Amina Sani Bello is Dr Amina Bello.The daughter of a former head of state, Abdusalam Abubakar. They both have a doctorate degree. Despite her position as the first lady, she has remained committed and passionate for her medical profession impacting on the lives of ordinary Nigerians positively. Mrs Bello, a medical doctor and daughter of the former Head of State, General Abdulsalami Alhaji Abubakar has remained resolute to impact positively especially to the women and children in times of reducing maximally mortality of the affected in Niger State.

The first lady of Plateau State, Regina Lalong is the daughter of Mr Waklem, a former Accountant-General in Plateau State. Mrs Regina Lalong has HND in Public Administration from Plateau State Polytechnic. She is described as a dutiful housewife and businesswoman per excellence. She is the wife of Gov.Simon Lalong.

The wife of Kano State Governor, Abdullahi Ganduje is not well-known in public. An indigene of Malam Madori local government area of Jigawa State, she is in her late 50s and blessed with seven children. she was a principal at a school in the Federal Capital Territory. She took a leave of absence to pursue a PhD degree programme in Education Psychology at Bayero University, Kano (BUK), a programme she has since completed. She is a director in the Ganduje Foundation, a philanthropic organisation in the state.

Mariya Aminu Tambuwal is the first lady of Sokoto State and the younger sister to Senator Abdallah Wali, immediate-past Nigerian Ambassador to Morocco, who was also the opposition candidate of the People’s Democratic Party (PDP) against her husband in a governorship race at a time. She hails from Sanyinna District in Tambuwal Local Government Area of Sokoto State. The governor also have a new wife, H.E Maryam Mairo Aminu Waziri Tambuwal (nee Mustapha) who is doing equally well with her pet project.

The governor of Katsina State, Bello Masari, has three wives, Hajiya Binta, Hajiya Hadiza and Hajiya Sakiya. Hajiya Binta was the most visible during campaigns and hails from Kofar Soro in Katsina local government, while Hajiya Sakiya is from Kofar Bai of the same state. All the wives are into business.

She is the first lady of Kogi State, though the governor has 2 other wives, Barrister Amina Oyiza Bello and Hafosat Bello. Born on 2nd May 1985 in Jattu, Edo State. Mrs Rashida Bello completed her primary education with a first school leaving certificate. Brilliant pretty obtained a West African School Certificate (WAEC). She obtained a degree of Bachelor of Science in Accounting from the University of Abuja. She was an Executive Director at Fairplus International Ltd.Mrs. Rashida Bello nee Imodagbe, married her first love, Alhaji Yahaya Bello, a young Chartered Accountant from Agassa in Okene Local Government Area of Kogi State who was a seasoned civil servant who diligently worked with Revenue Mobilization And Allocation Commission and a successful business entrepreneur. Married to the Executive Governor of Kogi State and the youngest Governor in Nigeria, Kogites can’t do without them. She set up a Non-Governmental Organization, Kogi Women and Youth Advancement Foundation (KOWYAF) to provide interventionist measures towards assisting both the needy, less privileged, women, babies, youth and the men in the society. She is a devout Muslim.

Hajiya Silifat Sule is the first wife of Nasarawa governor, Abdulahi Sule, out of his 3 wives. she is also the first lady of Nasarawa State. She is the CEO of Hope Foundation, her pet project launched to tackle the issues of rape, drug abuse and to promote girl-child education in the state. One of his wives is Hajiya Farida whom he married a few weeks to his swearing-in as the state Governor.

Not much is known about the third wife of Governor Mala Buni of Yobe State, Ummi (nee Gaidam), who coincidentally is the daughter of the immediate past governor of the state, Ibrahim Gaidam, who Buni succeeds. The new governor got married to the beautiful Ummi barely 24 hours after his swearing-in as the new Yobe State helmsman. Ummi is currently studying in Saudi Arabia. The governor has 2 other older wives.

Hajjiya Dr Falmata Umara Zulum the wife of Professor Umara Zulum. She is a very reserved and quiet first lady breaking boundaries in her state.

One of the new Northern first ladies precisely Bauchi State, is Hajia Aishatu Mohammed, the pretty wife of Bauchi Governor, Bala Mohammed. She is one of the pretty first ladies who just assumed office 6 months ago. She is very beautiful which is typical of the northerners. She is also part of the executive council of the Northern Governors wives forum chaired by Dr Mrs Amina Bello. Ever since she took on the baton as the first lady of Bauchi State, she has been propagating the girl-child education which is her passion. It is not just her pet project but it was bourne out of the fact that she also suffered the right against girl-child education. She is a graduate of Public Administration from the University of Abuja.

The first lady of Gombe State Hajiya Asma’u Inuwa Yahaya, wife of Governor Muhammad Inuwa Yahaya, is always seen wearing her hijab every day. She is also a big-time businesswoman who calls the shot in her state.

The Wife of the Jigawa State Governor Hajia Hasina Muhammad Badaru is also doing well. She flagged up the disbursement of Five Thousand Naira capital to 2200 women in Gumel and Sule Tankarkar local Government Areas as one of her outstanding achievements from her pet project.

Hajiya Fintiri complements her husband, Gov Ahmadu Fintiri and she has also been doing great through her pet project in helping people of her state especially women.

Hajiya Aisha’s Bello Mutawalle is the First Lady out of Zamfara out of all the 4 wives of Zamfara Governor, Bello Muhammad Matawalle. He contested under the platform of the Peoples Democratic Party (PDP).

READ ALSO: WHY RICH NIGERIANS EMPLOY FILIPINOS AS HOUSEMAIDSAND THEY PAY THEM IN DOLLARS