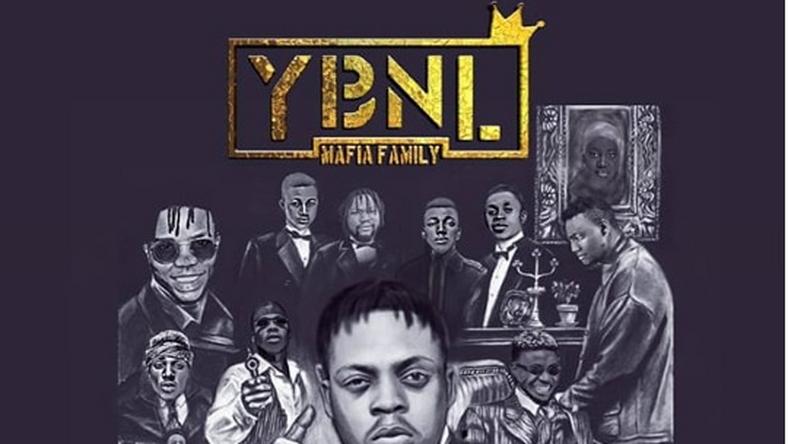 They call it YBNL which is the acronym for Yahoo Boy No Laptop. This label has been in existence since 2012 and it is owned by the popular Lagos indigenous Rapper and indeed one of the greatest rappers in Nigeria, Olamide. The label has grown from being a regular label to one of the most popular record labels in Nigeria. At a point the label went quiet for a while but last year it returned to the game with a bang when it unveiled its finest assemblage of young and talented rising stars. These youngsters caught Olamide’s attention and he didn’t waste time signing them onto his record label even though he still had some artistes on his label. These new guys he just signed are all hot and smoking as all the songs they dropped are all hits. From Lyta, Limerick, Picazo, Yomi blaze and Fire boy, they are all banging right now. City People Entertainment Reporter, PRECIOUS POMAA brings you a list of guys recently signed by Olamide into YBNL.

They call him Lyta but his real name is Lawal Raheem was born on the 4th of July 1998 in Kwara State. Lyta is a singer, entertainer and who recently got signed to YBNL by Olamide. Lyta started doing music at the age of 13 and met Olamide at an event where he performed while being thrilled by his performance and was called up by the YBNL boss for some freestyle and that was how his story was changed for good. Lyta is no doubt as good as his boss claims. He came to limelight after the release of his song Time which features Olamide but before then. He featured Junior Boy on this same song, but Olamide rebranded the song and it became a big song in town and gained massive air plays within and outside the country. Since then, he has been dropping hits back to back including Ire cover by Adekunle Gold. Check him out on Instagram with @official_lyta.

He is better known as Limerick but born Fortune Ibrahim and he hails from Edo State. Limerick is a rapper and song writer, he met the YBNL boss on instgram where Olamide came across his song which he posted and sent him a direct message and that was how everything started for him. The rapper recently got signed into YBNL in February 2018 alongside Lyta. He came to limelight after he released the song titled, PERSIN which features Olamide and since then, he has become the talk of town.

They call him PicazoRhap but born Omogbolahan Sodiq Illabode. He is a rapper and songwriter born in Lagos. He is 21 years old and is currently studying mass communication at Lagos State University. He does most of his rap in his native language Yoruba language, having been influenced by his origin and environment.  Picazo is energetic, talented and lyrically blessed with a unique style of music and amazing vocal abilities. He came up to limelight for doing covers of hit songs which he shared on all social media platforms. He eventually caught the attention of the YBNL boss with his freestyle on Chinko Able God featuring Lil Kesh and Zlatan. He emerged the winner of Chinko contest . Picazo is now one of YBNL big boys.

Yomi is a talented Nigerian rapper and songwriter born and raised in Surulere in Lagos.He is known for rapping in Yoruba language. He has been doing music for 3 years while churning out freestyles with his group called Team Blazing which has Picazo and Ose. Yomi was previously signed to Silicon Entertainment where he released songs like Ika, Dance to it, Make it, e.t.c  before he caught the attention of Olamide and was signed to YBNL with Picazo Rhapand his song,‘IKA’ was rebranded and featured the YBNL, boss Olamide.This song has been gaining massive airplays around and his fans wish for more hot jams from him.

He is better known as Fire Boy, but his real name Adedamola Adefolahan.He hails from Abeokuta, Ogun State. He studied English Language in Obafemi Awolowo University, IIe Ife, where he was known for his love for music. His style of music is called ‘simply Afro’ with the blend of country and soul and he describes it in one word as Afro- Life. Fire Boy started singing at a very tender age and didn’t give up his dream. He was discovered by Olamide and was signed into YBNL with no delay and he happens to sound and sing like Adekunle Gold. He recently dropped a single titled, Jealous, which talks about him being addicted to a girl and he gets jealous feeling she’s going out with other guys.This song is gaining massive airplays in and outside the country.

REVEALED: How Doctors At General Hospitals Divert Patients To Their Private Clinics