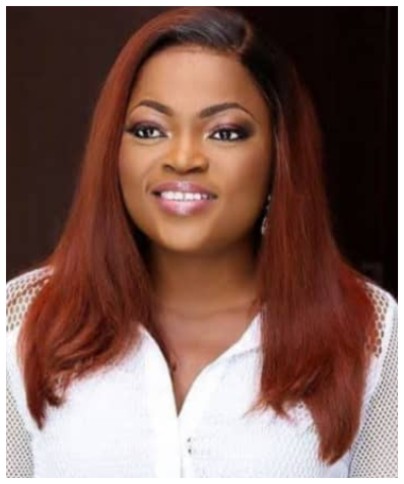 The movie industry (Nollywood) is one of the fastest-growing film industries in the world. And many of the blockbuster movies produced in Nollywood have earned hundreds of millions in cinema today especially with movies like Omoghetto the Saga by Funke Akindele Bello, which happens to be the highest Nollywood grossing movie of all time. We also have other movies like Wedding Party 1&2, Merry Men, Alakada Reloaded and so many others.

Due to this, the growing revenue in the industry has been a positive one for many stars most especially the ones that feature in English movies and with this, they tend to increase their earnings per movie.

But lately, there are other younger stars who are also doing exceptionally well in the industry.

They feature in blockbuster movies and earn millions per movie.

And their role interpretation in movies is close to perfection and this explains why they are equally in high demand as well from producers in the industry.

Here are the top 20 of the young highest-paid stars in the industry who earn millions to feature in movies.

She has not only become a hot cake in the industry, producers enjoy featuring her in movies, because of her powerful role interpretations. And producers will rather pay high to feature Bisola in their movies than go for a cheaper star that won’t deliver well or interpret the role perfectly.

Bimbola Ademoye is one young and beautiful actress many knew from day one will go places in the industry. Her skills and creativity is second to known. One cannot watch Bimbo in a movie and won’t look forward to seeing her in more movies.

She is highly talented and interprets all her roles so passionately.

So making the list of top highest-paid stars in the industry is a space well deserved for the talented actress. Many can not forget her role in movies such as “Sugar Rush”, Desperate Housegirls, Hot Girl Next Door, Backup Wife and so many others.

Toyin Abraham has remained an inspiration to many younger stars in the industry. Her success story is one that many love to listen to and learn from. Despite all the ups and downs, she experienced in the industry, she never gave up on her dream.

Started up with the Yoruba movie industry, worked her way to the very top through hard work, dedication and determination.

Today, she is one of the most sought-after actresses in the entertainment industry with her movies making a top list in the box office.

Sharon Ooja is an actress who came into the limelight after she played the role of “Shalewa” in the web series “Skinny Girl In Transit”. Take it or leave it, Sharon Ooja is one of the most featured actresses in cinema movies and trust me this beautiful and highly talented actress is indeed cashing out big taking up movie roles.

She got many nominations for exceptional performance in the movie “King Of Boys”.

Nancy Isime is an actress, model red carpet host and television presenter. Her journey into the movie industry began in 2011 and she has featured in lots of blockbuster movies. She is currently one of the hottest actresses in the industry and gets good pay for every movie she features in.

Racheal Okonkwo, if you call her the biggest star from the East, then you are certainly not far from the truth. She is one of the most talented actresses from the East. And her consistency in the industry has indeed paved way for her in industry.

She features in both English and Igbo movies, and her people love her so much and she’s got lots of endorsement deals. Producers will do anything to feature this talented beauty in movies.

Kehinde Bankole is one of those reserved beautiful actresses in the industry who enjoy their private lives a lot.

Despite her successful career, she tries as much as possible to stay off social media drama. But she is one of those few making good money in the movie industry.

Ninolowo Bolanle, call him “The Child of Grace”, then you are not far from the truth. Nino as fondly called is not just one of the highest-paid in the English industry but also in the Yoruba movie industry.

His talent has indeed paved way for him in the industry. And he has remained one of the most sought-after actors both in the English and Yoruba industry. For any producer to feature him in movies, you will be coughing out a good amount of money.

Osas Ighodaro is a Nigerian American actress, producer, host and humanitarian. She began her career in acting with the MNET series “Tinsel”. Today she has become a household name. Featuring in outstanding cinema movies. One thing that stands her out amongst lots of her colleagues is her stage performance. She is very good, and many are willing to pay to watch her perform on stage.

Adesua Etomi began her career in 2014 when she starred in her first feature film “Knocking On Heaven’s Door”. She won the Best Actress in a Drama award at the 2016 Africa Magic Viewers Choice Award.

Adesua is multi-talented and loved by many.

Regina Daniels, the very beautiful Regina started her career as a kid star, and through the help of her mum. She was able to nurture her talents and today she is a big star. She is one of the most followed on social media.

Her rating increased drastically when she got married to her billionaire husband Ned Nwoko. To feature Regina in your movies, you should be ready to part with good money.

Alex Ekubo & IK Ogbonna, the two jolly friends and partners in success, are no doubt, among the most sought-after actors in the industry. They both feature in blockbuster movies. And we can’t talk about highly-rated stars in the industry and their names won’t top the list. They also get good pay for featuring in movies.

Zubby Micheals is one of the most successful young actors in the East. His role interpretations in movies are close to perfection. He always endeavours to nail every role, and this multi-talented actor is getting well paid for his skills and creativity. If he doesn’t make the list, who else will? Above all, he is well-loved by his people.

Funke Akindele, take it or leave it, will top the list of most successful and highly talented actresses in the industry. She hardly features in other people’s productions because she doesn’t come cheap.

Her latest movie Omoghetto the Saga has also increased the bar higher compared to what it used to be. She is presently the most sought-after actresses in the industry, even though, she doesn’t like to brag about it.

Odunlade Adekola is among the highest-paid actors in the entertainment industry. He features both in English and Yoruba movies with lots of endorsement deals from different reputable companies.

He is the best in the Yoruba movie industry, and it’s a space he has been occupying for years now.

Mary Njoku is the CEO of Rok Studio and the wife of the CEO of IrokoTV. She produces outstanding movies for Rok, Iroko and Mnet as well and she collects good money to feature in some of the movies as well.

OC Ukeje is an actor, model and musician. He came into prominence after winning the Amstel Malta Box Office Reality Show, and ever since, he has taken his career to the greatest height featuring in blockbuster movies and remaining at the top of his career.

He interprets roles passionately and producers derive so much joy featuring him in movies.

Mercy Johnson, the multi-talented actress and super mum of 4 kids. Mercy maybe that actress that you don’t get to see in many movies, as it was a few years ago. But the highly talented actress still gets paid heavily for featuring in movies. No wonder stars like Zubby Micheal calls her “Number One”. Space no one, according to him, has been able to occupy.

READ ALSO: HOW TO PUT AN END TO THE FULANI HERDSMEN CRISIS – OLUGBON OF ORILE IGBON, OBA FRANCIS OLUSHOLA ALAO