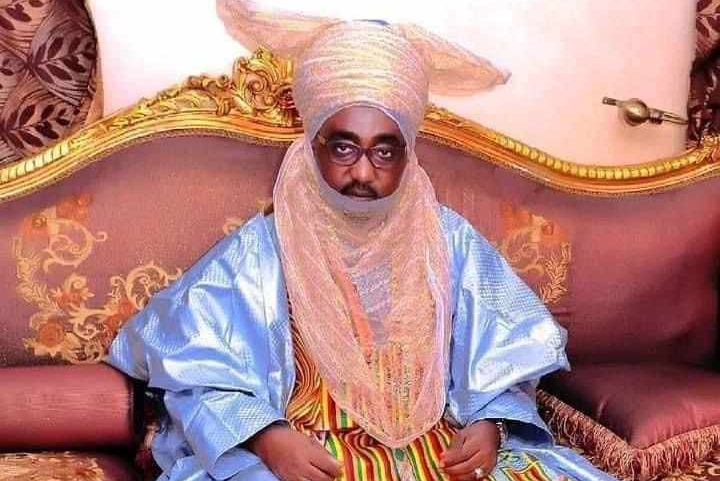 •How 4 Princes Jostles For The Stool

Few days back, the governor of Kaduna State, Nasir El-Rufai, approved the appointment of Ahmed Nuhu Bamalli as the 19th Emir of Zazzau. The appointment of the new Emir was signed by the Commissioner, Ministry of Local Government Affairs, Ja’afaru Ibrahim Sani.

The new Emir, Bamalli, succeeds Emir Shehu Idris who died on Sunday, 20th September 2020 after reigning for 45 years. Bamalli is the first Emir from the Mallawa ruling house in 100 years, following the demise of his grandfather, Emir Dan Sidi in 1920.

Until his appointment as Emir of Zazzau, Bamalli held the title of Magajin Garin Zazzau and served as Nigeria’s ambassador to Thailand, with concurrent accreditation to Myanmar. He has been a permanent commissioner in the Kaduna State Independent Electoral Commission in 2015.

His emergence as the new emir did not come easy as it was a stiff competition with his other contenders. However, he beat all the three to it to emerge the new emir.

The intense race for the influential Zazzau throne began following the demise of the long-reigning Emir. There have been speculations in the past few days over who the governor’s choice for the position would be. There are four princes from the eligible ruling houses who jostled for the final slot of the position of Emir of Zazzau. The four Princess are Yeriman Zazzau, Munir Ja’afaru and the Magajin Gari, Ahmed Bamalli.

Some quarters believed Mr El-Rufai may have settled for Ahmed Bamalli, Nigeria’s immediate past ambassador to Thailand and Myanmar. Mr Bamalli has long been speculated as the governor’s preferred pick for the throne, although the Kaduna State government has repeatedly denied that Mr El-Rufai has preference for any of the contenders for the position.

By tradition, a new emir is expected to emerge from any one of the four ruling clans of the emirate. The ruling houses are Katsinawa, Mallawa, Bare-Bari and Sullubawa. The late Emir Idris was from the Katsinawa ruling house. Typically, the Kaduna State Government was expected to announce the new emir after the governor of Kaduna State, Nasir El-Rufai, must have approved any of the princes nominate to him by the Zazzau kingmakers.

How did the race began? Of the four touted as likely successors of the late Emir, the Iyan Zazzau, Bashir Aminu, was considered the most entrenched in the affairs of the palace. Late Emir Idris succeeded Mr Aminu’s father, who died in 1975. A chartered accountant and businessman, Mr Aminu has stayed the longest among the princes as a titleholder and district head in the emirate. Until the reforms two years ago to resize Kaduna traditional institutions, Mr Aminu was the district head of Sabon Gari, a position he was first appointed to in 1979. This, coupled with the position of Iyan he holds, makes him an heir apparent of sorts.

Mr Aminu was, however, being discounted in the race because of his deficiency in political support. His chances would have been brighter, according to persons familiar with the politicking, if the throne had become vacant during the last administration in the state.

As for Aminu Idris, eldest son of the late Emir Shehu Idris, a major factor counting against him is his age. Born in 1974, the holder of the traditional title of Turakin Zazzau is the youngest of the contenders, with attendant lesser experience and connections needed to pull the needed strings. It was unlikely also that he would be given a chance considering the rotation among ruling houses and his father’s long reign.

With those two out of the way, the race was now narrowed to the Yeriman Zazzau, Munir Ja’afaru and the Magajin Gari, Ahmed Bamalli. The two are from Barebari and Mallawa ruling houses, respectively.A two-way tight race, the Palace and government sources say considerations were neck to neck between the 66-year-old Mr Ja’afaru and 54-year-old Mr Bamalli, with each presenting ample credentials.

Mr Ja’afaru, a lawyer, administrator and businessman is a former Managing Director of the Nigerian Maritime Authority, the precursor of the Nigerian Maritime Administration and Safety Agency (NIMASA). His extensive network and goodwill among the political and business elite are said to be his main assets for the race. While Mr Ja’afaru is considered close to President Muhammadu Buhari and well connected among the political and business elite, Mr Bamalli is a close associate of Governor El-Rufai and a distant relative. Mr El-Rufai has distant blood relations with the Mallawa clan.

An immediate past Nigerian ambassador to Thailand and Myanmar, Mr Bamalli, a descendent of the late Emir Aliyu Dan-Sidi, is the closest Zazzau prince to the powers-that-be in Kaduna. He was appointed ambassador in 2017 at the instance of Mr El-rufai who had earlier appointed him commissioner in the Kaduna State Independent Electoral Commission.

Mr Bamalli’s Achilles’ heel, however, is his distant connection to the throne as his family line has not occupied the position for a long time. He is the only one among the major contestants whose father did not occupy the emir’s stool. Mr Ja’afaru has a long-standing relationship with Mr Buhari and a horde of other elites from the region. PREMIUM TIMES gathered that a number of influential persons reached out to lobby for him.

While traditional institutions in the north were said to have backed Mr Ja’afaru for the position, Mr Bamalli’s strongest support from the cycle was from his long-time friend, the deposed Emir of Kano, Muhammadu Sanusi II. Mr Sanusi, a close ally of Mr El-Rufai, flew into Nigeria from the UK immediately after Mr Idris’s death in what some watchers believed was a move to closely put pressure on the governor to pick Mr Bamalli for the position. All this gave Bamalli the edge to beat all the contestants and emerge as the new Emir.

Ahmed Bamalli, the new Emir, is an immediate past Nigerian ambassador to Thailand with concurrent accreditation to Myanmar. The 54-year-old was born on June 8, 1966. He has a bachelor’s and a master’s degree in International Relations and Diplomacy from the Ahmadu Bello University, Zaria. Has obtained diplomas from the Enugu State University of Science and Technology, University of York and Oxford University. In 2011 he was at Harvard University for a short course in governance.A holder of the traditional title of Magajin Garin Zazzau, a position once held by his late father, Mr Bamalli is an experienced administrator and banker.

He joined the defunct FSB International Bank in 1998 rising to the position of Regional Manager before moving to Abuja Metropolitan Management Authority in 2006. He switched to the defunct Nigerian Mobile Telecommunications Limited (MTEL) a year later as head of Human Resources. He then moved to the Nigerian Security Printing and Minting Plc where he was Executive Director, Corporate Services and acting Managing Director at a point.

After the change of government in Kaduna State in 2015, the new administration appointed him commissioner in the state’s independent electoral commission. In 2017, Mr Bamalli was nominated as ambassador at the instance of Mr El-Rufai. Other princes’ profiles are as follows.

Iya Bashir Aminu was born on December 26, 1960, in the palace when his father, Muhammadu Aminu, was the Emir of Zazzau. He was turbaned Danmadamin Zazzau by late Emir Idris. When Iyan Zazzau Sa’idu died, Mr Idris promoted Mr Aminu to the important title of Iya, a position once held by the latter’s father before becoming the emir.A trained accountant and accomplished businessman. Until the reforms two years ago to resize the Kaduna traditional institutions, leading to the repelling of some districts, Mr Aminu was the district head of Sabon Gari, a position he was first appointed to in 1979. Mr Aminu is from the Kastinawa ruling house, like the two previous emirs. Munir Ja’afaru is the son of 18th Fulani Emir of Zazzau, Mallam Ja’afaru, a lawyer with vast experience in the private and public sector. Born on March 25, 1956, he bagged a degree in Law from the Ahmadu Bello University Zaria in 1979 and was called to the Nigerian bar in 1980. He was retained as a lecturer at the University (1981 – 1983) and obtained his second degree in Law during the same period in 1983.

Mr Ja’afaru held various positions in Kaduna State and at the national level. He was Secretary/Legal Adviser of the Kaduna Cooperative Bank Limited (1983-1987); Commissioner for Local Government and Community Development, Commissioner for Information, Home Affairs and Culture; Commissioner for Agriculture and Natural Resources, among other ministries he held. At the national level, Mr Ja’afaru was appointed Secretary of the Nigerian Railway Corporation (1990-1992). He held the position of Director-General of the National Maritime Authority (NMA), the precursor of the Nigerian Maritime Administration and Safety Agency (NIMASA) between 1992 and 1996. The Yeriman Zazzau has held many private sector positions traversing consulting, law, banking and insurance. The prince hails from the Bare-bari ruling clan. Aminu Idris is the eldest surviving son of the late Emir of Zazzau, Shehu Idris.

Holder of the traditional title of Turakin Zazzau, he is the youngest of the contenders. He was born the year his father ascended to the throne in 1975 and was named after his father’s predecessor, Emir Aminu. He attended Federal Government College Kaduna and obtained a degree in Economics from the University of Abuja. He also has a master’s degree from a British University. The younger Idris currently works with the Nigeria National Petroleum Corporation (NNPC) as senior staff at the Crude Oil Marketing Division of the corporation. He is married to Karimatu, one of the daughters of Iyan Zazzau Bashir Aminu, also a contender.