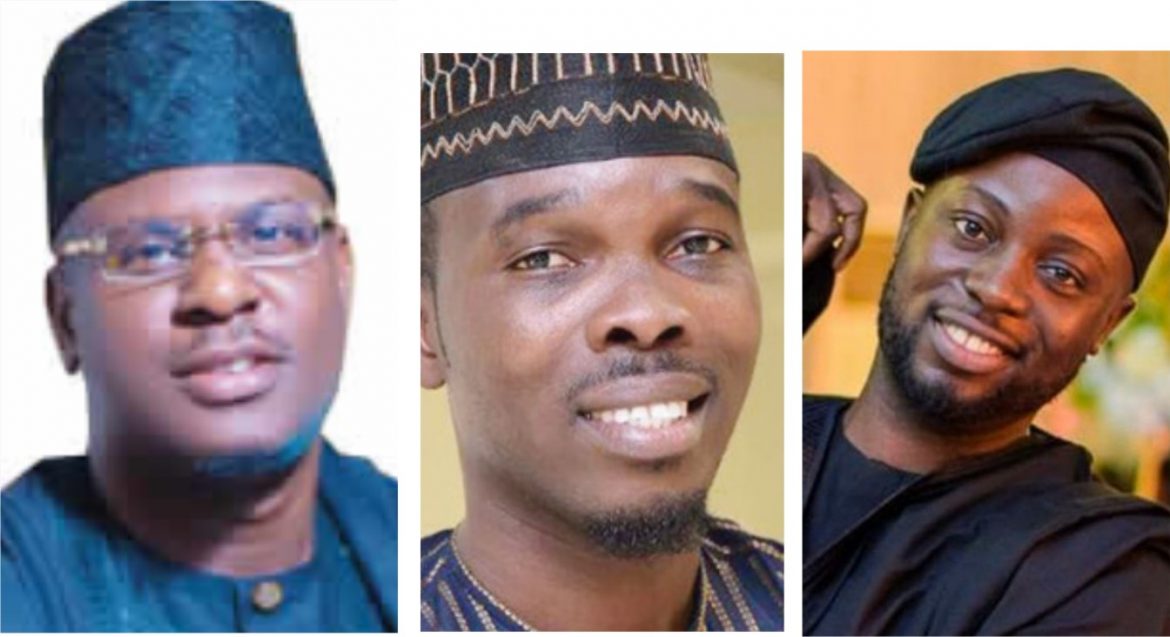 For every notable event, there must be an anchor who will preside over the programme, somebody who introduces guests, speakers or entertainers e.t.c and the person is usually called the Master Of Ceremony.

The business of compering an event has always been a very lucrative one, and we have many notable celebrities who have made it big time anchoring events. The likes of the grandmaster of comedy, Ali Baba, Tejubaby Face, Holly Mallam, Julius Agwu, Helen Paul, Tee A, Omo Baba, Gbenga Adeyinka d 1st e.t.c. have really made fortunes in compering events and some are still doing so till date. These are the people that understand the nooks and crannies of the business. Everybody knows that Ali Baba was not just the grandmaster of comedy, he was the toast of many dignitaries especially when it comes to Federal Government events. He was the favourite of former President, Olusegun Obasanjo when he was in power.

Now, the game has changed. Many of these grandmasters of ceremonies have given birth to many outstanding MCs, who rock parties day-in-day-out. There are new sets of MCs now who are toast of many socialites. You see them at events compering back to back.

Number one on our list is no other but the dancing MC. Foremost Nigerian comedian, Ajele Adeyemi popularly known as MC Ajele is one of the best MCs making waves at the moment. Ajele is known for his unique and appealing delivery whenever he gets hold of the microphone to anchor events. This has made him the toast of lovers of high-octane events. It has equally earned him numerous accolades across the board. This fashionista has showcased himself at quite a number of corporate events.

Number two on our list is the Abeokuta based comedian, Dr. Smile. His real name is Abegunde Olamilekan Smile, fondly called Dr. Smile. He is a multi-award-winning Nigerian comedian, actor, TV presenter and MC. He is undoubtedly one of the most sought after MCs making waves at the moment. You tend to see him at many corporate events every week. Let’s not forget to tell you that he is also a fashionista, he always dresses well and that has added to his accolades and makes him relevant in the business he started officially and professionally 19 years ago.

Number three on our list is the Ibadan based popular comedian, MC Obama. His real name is Taiwo Olusanya but he is popularly known as MC Obama. He is one of the hottest MCs that is making waves at the moment.

When you see MC Obama at any event, he always entertains guests to the fullest. He is one of the MCs that add drama to his performance. He is good at mimicking many celebrities when performing. He is popular in Ibadan but he goes everywhere for performances.

Saco is number four on our list. His real name is Ayodele Okundalaiye but he is popularly known as SACO which simply means Senior Advocate of Comedy. Saco’s composure and display of professionalism have paved several ways for him.

Saco is a dynamic professional Master of Ceremony. As a compere, he consistently delivers outstanding value across sectors. This has made him the choice MC by Multinationals, including Financial Institutions, Telecom giants, e.t.c. He has also hosted events in the UK, US, France, South Africa, Ghana, Dubai and even Isreal to mention a few. Let’s not forget to tell you that SACO became more popular when the video clip of his performance at a wedding where he facilitated the match-making of a young man and a young lady. Since then people have been calling him Matchmaker, and that has really given his brand a push, as many intending couples always like the way he comperes.

Larry J is another fantastic MC making waves and rocking parties at the moment. His real name is Lanre Gregory but he is popular as MC Larry J. You need no one to tell you that Larry J’s hilarious performances at events have paved the way for him. He is very funny and sure knows how to make his guests enjoy his performances.

He is one of the key players in the Nigerian comedy industry. He delivers amazing performances with a unique blend of drama.

Number six on the list is Woli Agba, his real name is Ayo Ajewole popularly as Woli Agba through his popular online comedy platform on Instagram “IPM”. Ayo Ajewole is a comic Yoruba-Nigeria Gospel comedian and also a gospel singer. His charisma and energetic performances in many of his videos online have attracted lots of fans all over the world, and that has launched him into the business of Master of Ceremonies as many of his followers would prefer to have him as the MC at their events. Undoubtedly Ayo Ajewole (Woli Agba) has become one of the wave-making MCs rocking parties.

Damola Adegboye is one of the up and coming comedians making an impact in society with their talents. Even as he is into the business of making people laugh yet he is one of the most sought after wave-making MCs rocking parties.

Damilola does most of all his jokes in English, unlike others who blend English and Pidgin or Yoruba together. The reason why you see him compering for corporate organisations and churches.

Rotimi Olalekan Johnson better known as MC Rotimi is an impeccable Master of Ceremony, an excellent on Air-Personality and a detailed event planner. His perfect mastery of the English Language, Yoruba Language, Hausa Language, Igbo Language and the unofficial Lingua Franca of Nigeria Pidgin English coupled with his polished dress sense makes him one of the wave-making MCs rocking events with almost 15 years of experience in the events industry, Rotimi has carved an enviable niche for himself and his dependable brand.

This list will be incomplete without mentioning one of the most talented MCs/Entertainment in Nigeria, MC Rhelax, the popular HipTV “Streetz Programme”. MC Rhelax is a well-rounded creative, and brilliant TV host, on Air-Personality, video jokey, and voice-over artiste. And of course, people love to see him, compere, the reason he is now of the hottest MCs rocking parties now.

Star actor, Amokade Tayo popularly known as Ijebu is also one of the hottest young MCs rocking parties back to back. He is an award-winning actor and comedian and that has made him a sought after MC for many celebrities.

You see him compere major events back to back while still a performing actor, and ambassador.

READ ALSO: WHY I MARKED MY 50TH WITH A BIG PARTY – OLANIKE SOLANKE

Why I Marked My 50th With A BIG Party – OLANIKE SOLANKE

Many Don’t Know MONIQUE Is My Real Name