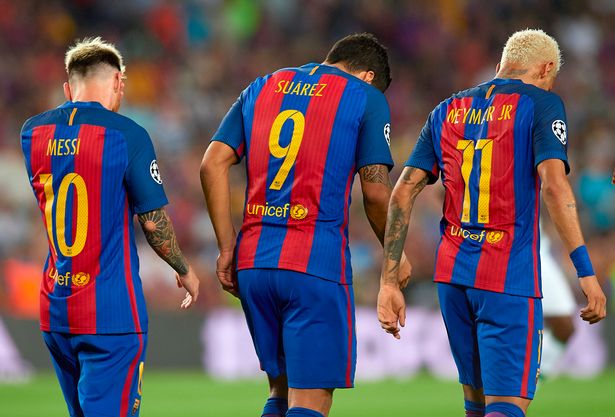 Lionel Messi, Neymar, Luis Suarez and their Barcelona team-mates did not attend the FIFA ‘The Best’ Award ceremony on Monday night.

Messi was one of the three finalists for the Best Player prize, along with Cristiano Ronaldo and Antoine Griezmann.

Ronaldo was eventually named the winner.

Neymar, Suarez and Andres Iniesta made the other 21 candidates last year, but none of them travelled to Zurich, as they are preparing to play Athletic Bilbao in a Copa del Rey tie on Wednesday.

An official club statement read: “With the aim of prioritising the preparation of Wednesday’s match against Athletic Club, FC Barcelona has decided that players recognised for ‘The Best’ FIFA Awards, held this afternoon in Zurich, will not attend.

“Barcelona is thankful to FIFA and the president Gianni Infantino, but they consider important the game against Athletic Club and they want their players to rest.”

Luis Enrique, who was originally shortlisted for the ‘Best Coach’ award before the final three of Claudio Ranieri, Fernando Santos and Zinedine Zidane was announced, will also not attend.