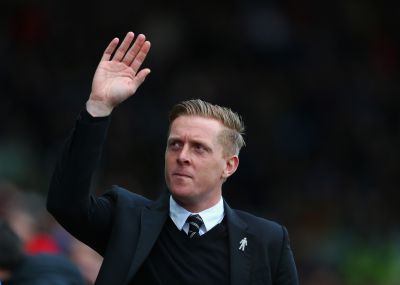 Middlesbrough chairman, Steve Gibson has announced former Leeds United boss Garry Monk as new head coach.
BBC Sport reported that Monk is Boro’s preferred candidate after several candidates were interviewed.
The 38-year old manager left Leeds on 25 May after being unable to “reach an agreement” with new owner Andrea Radrizzani.
He managed Swansea City in the Premier League between 2014 and 2015 before guiding Leeds to a seventh-place finish in the Championship last season.
Middlesbrough finished 19th and were relegated from the Premier League after winning just five of their 38 games under previous bosses Aitor Karanka and Steve Agnew.

SEE ALSO: ZLATAN IBRAHIMOVIC SET TO LEAVE MANCHESTER UNITED
Agnew took over from Karanka on 16 March on a temporary basis and could not prevent Boro going down.
Monk, who was appointed on a one-year rolling contract at Leeds in June 2016, had been expected to sign a new deal after Radrizzani gained full control of the club from Massimo Cellino.
However, Monk left saying he was unable to “agree a suitable way for us all to move forward together”.