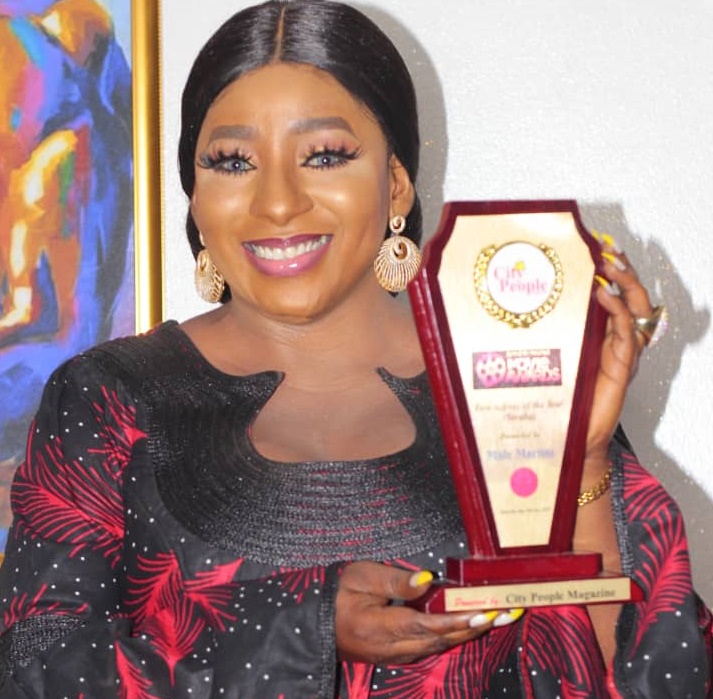 At the just-concluded City people Movie Awards held on Sunday the 13th of October at 10 degrees Event center, popular actress Mide Martins emerged the Best Actress Of The Year.

Although she couldn’t make the event she later received her award.

She granted an interview in which she spoke about her life and career. She also revealed a lot about how she stepped up her Fashion Style. Watch out in City people Online Fashion and beauty Magazine.

‘It Is Criminal To Spend Govt Funds On Hajj, Other Pilgrimages’ – Emir of Kano, Sanusi Blasts FG