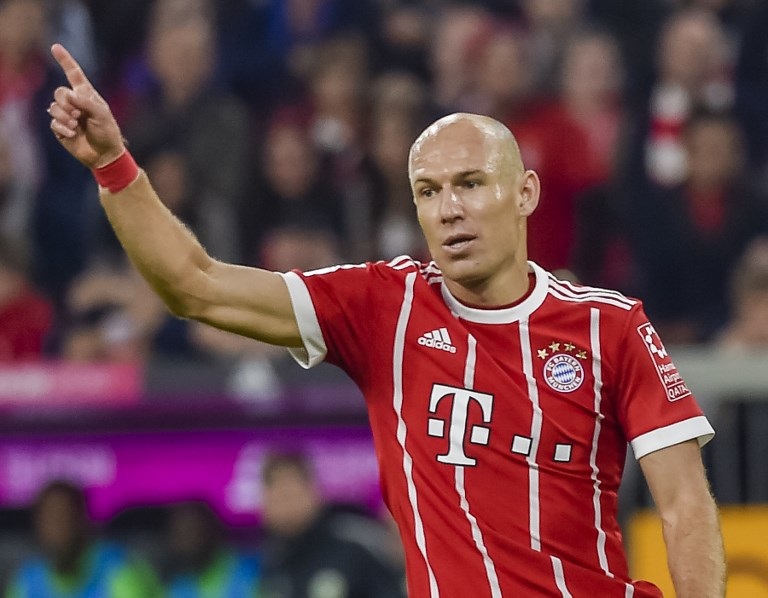 Arjen Robben has poked fun at big-spending Paris Saint-Germain on the eve of Bayern Munich’s key Champions League away match in the French capital.

With Anderlecht and Celtic also in the pool, the PSG-Bayern clash at Paris’ Parc de Princes on Wednesday could well decide the winner of Group B.

‘Paris have certainly given out a few more euros than us, but money doesn’t score goals, the quality on the pitch scores goals, good teams score goals,’ said veteran winger Robben before the team jetted to Paris.

PSG signed Neymar from Barcelona for a world record 222 million euros ($264m) and recruited Kylian Mbappe from Monaco last month on an initial loan deal which is set to be made into a permanent move for 180 million euros next year.

But when asked about PSG’s star-studded MCN attack – Mbappe, Edinson Cavani, and Neymar – Robben was unphased: ‘The important thing is the performance of the team, not just to focus on particular players’.

Bayern chairman Karl-Heinz Rummenigge is convinced Bayern can get a good result in the French capital.