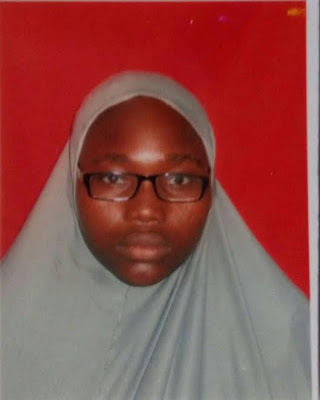 14-year-old Samiat AbdulSalam (pictured above), a Senior Secondary School student of MIMS college in the Somolu area of Lagos state is missing.

According to her Uncle, Ahmed Alao, Samiat who is described as a respectful young girl, lives with him in the Gbagada area of Lagos state.

She left his house yesterday morning to meet with her mother who resides in Bariga. Thereafter she followed her mum to her shop in Lagos Island. Sometime in the day, she and her mum went to see an Opthamologist and afterwards returned to the shop. At about 5pm, she was given some money as transport fare to return back to her Uncle’s place in Gbagada. She however has not been seen since then. All efforts to contact her has proved abortive as she doesn’t have a personal phone.

Her family has however reported the matter to the Ebutte Ero police station. Anyone with useful information on her whereabout should contact Ahmed on 08028721931.