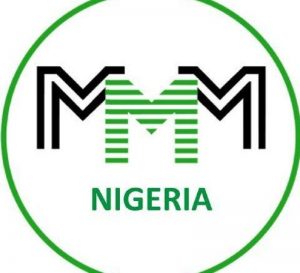 The creation of the Mavrodi Mondial Moneybox (MMM) in Kenya and Ghana, approximately 48 hours after its activities in Nigeria was suspended for a month, has caused increased panic among Nigerian MMM participants.

Chiamaka Ugorji, the wife of Chuddy Ugorji, a leading MMM Nigeria promoter, attempted to calm nerves by writing an open letter to participants, but this failed to reassure Nigerians that their investments were safe.

Some individuals, who spoke to the News Agency of Nigeria (NAN) on Monday in Abuja, shared their thoughts on the issue.

A civil servant, Charity Okafor, said “I participated in the scheme twice by investing N500,000 and one million naira respectively and I got my money back with the large interest.

“However, I felt I should not participate in the scheme any longer and I am lucky I had people around me who convinced me not to reinvest.

“I know I would have turned into a crazy woman if I had money there during this suspension,” Okafor said.

Ebube Okoh, a housewife, told NAN that she believed the launch of MMM in Ghana and Kenya had everything to do with the Nigerian chapter.

“According to the website, the ban on withdrawals is due to negative reports by the media, heavy workload experiences by the system, and an attempt to prevent problems during the New Year.

“I, however, believe that they have run out of people to get money from to pay back the large investments that were coming into the system.

“I believe the money obtained in Kenya and Ghana will be used to make up for the deficit in Nigeria, besides both countries have higher currency values when compared to the Nigeria naira.

“The launch in Ghana and Kenya can’t be a coincidence.”

Gregory Bello, an engineer, said “I have money in the program but I am not as upset as other participants because it is a small amount of money in comparison to others.

“The money I put in is the interest I got from my last investment. I am one of those hoping the system comes back in January for the sake of our sanity. I have friends who put in millions of naira and have either suddenly fallen ill or are showing signs of depression.

“I just pray that MMM Nigeria has not crashed because many people will commit suicide or turn crazy,” Bello said. (NAN)