Home News Pres Buhari celebrates Saraki as he turns 54 today, describes him as “one of the most influential politicians of our time”
NewsPolitics 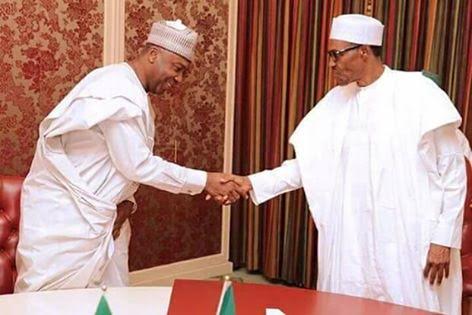 In a goodwill message signed by his Senior media aide, Shehu Garba, Presidentt Buhari congratulated Senate President, Bukola Saraki, as he turns 54 today. In the message, President Buhari described Saraki as one of the most influential politicians of our time. Read the good will message below

President Muhammadu Buhari felicitates with the Senate President, Dr Bukola Saraki on the occasion of his 54th birthday anniversary on December 19, 2016.

In a goodwill message to the celebrant, the President describes the Senate President as “one of the most influential politicians of our time who has made tremendous impact on the country.”

President Buhari notes that Senator Saraki has successfully kept the memory of his late father alive by identifying with the grassroots in his home state.

While wishing the Senate President many more prosperous years ahead, the President calls for closer cooperation between the executive and the legislature to ensure the smooth implementation of government policies and programmes.

According to President Buhari, despite the principle of separation of powers, both arms of government should be united in the promotion of the common good of the people.

He notes that whatever differences that may occasionally arise between the two branches of government should not be allowed to compromise their common goals of promoting the greater progress and development of Nigeria.

Pres Buhari celebrates Saraki as he turns 54 today, describes him as “one of the most influential politicians of our time” was last modified: December 19th, 2016 by Reporter