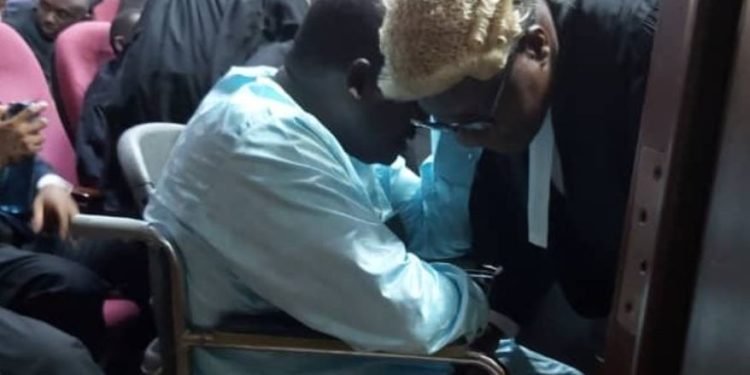 A Federal High Court sitting in Abuja has dismissed the bail variation filed by the former chairman of the defunct Pension Reform Task Team, Abdulrasheed Maina.

Justice Okon Abang on Wednesday dismissed the application at the court following his failure to meet the bail condition.

He (Maina) had approached the court in January with an application seeking the bail condition granted to him asking that he provides two serving senators with landed properties worth N500m each in Maitama or Asokoro as surety.

Mr. Maina who is standing trial for alleged money laundering urged the court to drop the said conditions which he described as excessive and stringent.

At the hearing of the bail variation application filed by Maina on December 6, 2019, the defendant’s lawyer, Mr. Afam Osigwe, said while his client had met other conditions, it had been impossible for him to get senators to serve as the sureties.

The court later varied the bail condition granted to Mr. Maina to one serving Senator or member of House of Representative or a Director in the Federal Civil Service who must attend all proceedings.

The former chairman of the Pension Reform Task Team (PRTT) is being tried by the Economic and Financial Crimes Commission (EFCC) over an alleged N2 billion fraud.

Pfizer Says COVID-19 Vaccine May Be Ready By September